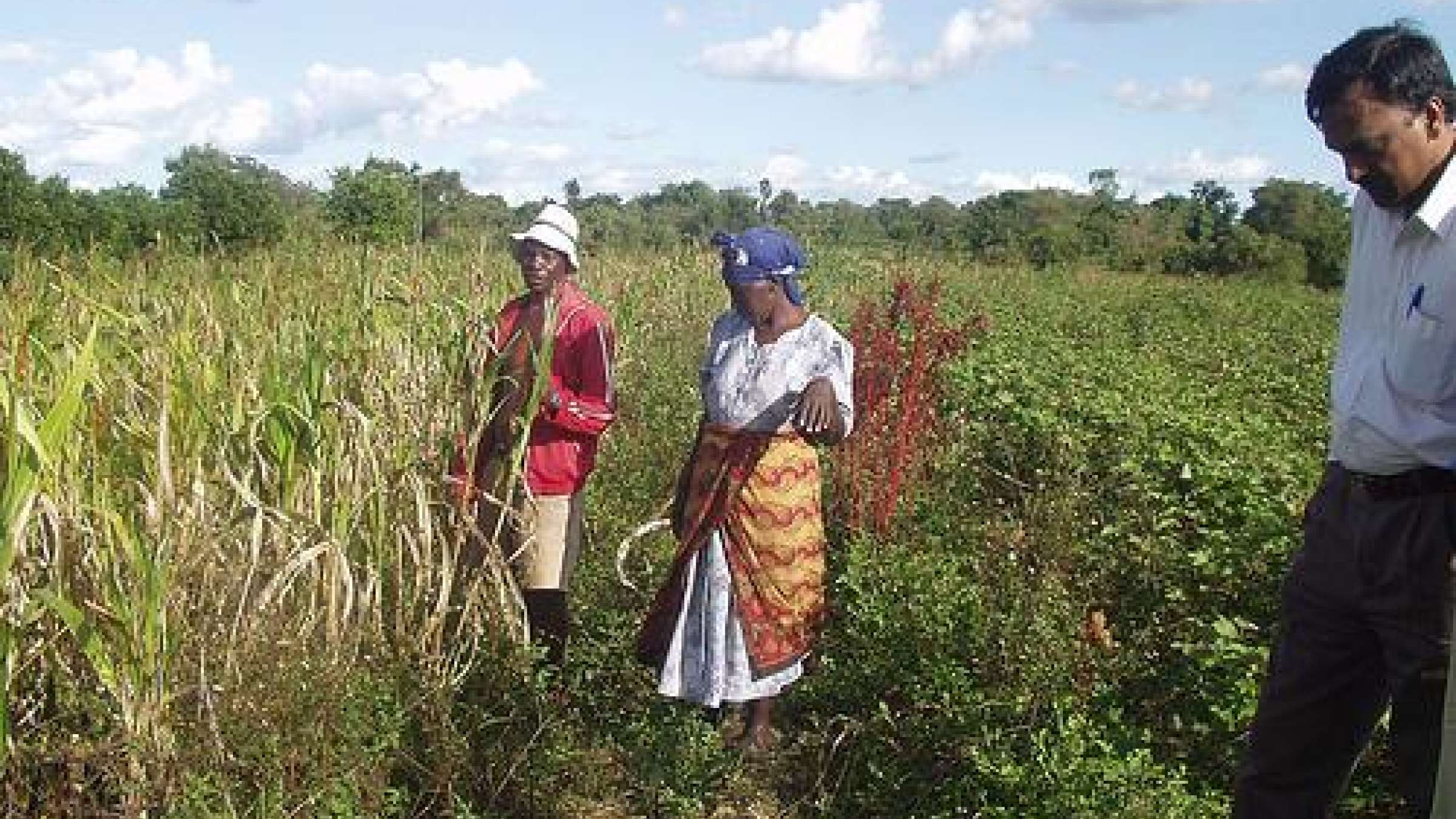 Nairobi - Smallholder farmers across East Africa have started to embrace climate-resilient farming approaches and technologies, according to new research recently published by the CGIAR Research Program on Climate Change, Agriculture and Food Security (CCAFS). At the same time, the survey evidence suggests that many of the changes in farming practices are incremental, rather than transformative in nature, and that high levels of food insecurity prevent many from making all of the changes needed in order to cope with a changing climate.

The study—released one year after East Africa’s worst drought in 60 years hit its peak—is based on a survey of over 700 farming households in four East African countries carried out by CCAFS, part of a larger effort covering 5,040 households in 252 villages across 36 sites in 12 countries in East Africa, West Africa and South Asia. It appeared online before publication in the journal Food Security.

“For generations, farmers and livestock keepers in East Africa have survived high levels of weather variability by testing and adopting new farming practices. As this variability increases, rainfall patterns shift, and average temperatures rise due to climate change, they may need to change faster and more extensively,” said Patti Kristjanson, a CCAFS Theme Leader who co-led the comprehensive study and works at the Nairobi-based World Agroforestry Centre (ICRAF).

“We are seeing that agricultural diversification strategies are key to improved household well-being,” Kristjanson added. “Improved access to good crop, livestock, soil, land and water management information and options for different environments is needed now more than ever.”

The survey found that farmers have embraced a wide range of strategies to improve crop production:

Other proven agricultural productivity improvement strategies have yet to take root widely, however, as the findings show that:

In livestock management, farmers have implemented a number of methods to improve productivity and reduce emissions:

According to the study, a key factor that limited adaption is food insecurity. Farm families at all five study sites had to confront this issue; they faced food deficits on average for two months in Nyando, Kenya, and for more than half the year in Borana, Ethiopia.

“Which comes first, the chicken or the egg? It stands to reason that households struggling to feed their families throughout the year are not in a good position to invest in new practices that include higher costs and risks,” said Kristjanson. “Yet not adapting is certainly contributing to food insecurity. Food insecurity means lower adaptive capacity to deal with all kinds of change.”

“So it is critical that we learn more about both the factors that enable and facilitate innovation, and how to lower the often hidden costs and barriers associated with changing agricultural practices,” she added.

This survey of African smallholder farmers is part of systematic effort by CCAFS to better understand the levels of food security among smallholder households, what actions and adaptation strategies farmers have already been pursuing, what information they are getting and how they are using it, and what services they have been receiving.

“CCAFS is interested in identifying and evaluating the trade-offs farmers face as they attempt to deal with risks from increasing climate variability. While warmer temperatures can in fact increase yields for some crops—particularly in the tropics—the overall implications of climate change for food security for families and the region as a whole is an immense concern,” said James Kinyangi, CCAFS’ regional program leader for East Africa.

Thinking globally with a need to act locally

Two overarching statistics were often cited in the lead-up to the recently concluded United Nations Conference on Sustainable Development, Rio+20: the world population is expected to surge past nine billion by the year 2050, and food production has to increase by 70 percent by then to keep pace, while reducing its emissions footprint. But the potential of international forums like Rio+20 to tackle these challenges has not been reached.

“In the past year, many speeches and reports talked about the challenge of feeding the world’s growing population,” said Bruce Campbell, CCAFS’ program director. “Farmers need more than words. They need innovative strategies that will help them adapt to the increased demand brought on by climate change and other factors. We need to redouble efforts to ensure not just their current and future food security but the rest of the world’s as well.”

Campbell highlighted Rio+20 as a prime example of this trend. "The final text for Rio+20 recognized the connections between sustainable agriculture, smallholder farmers and food security, but lacked concrete commitments or a plan of action. We urge national leaders to embrace these challenges and safeguard global food security by helping farmers face a changing climate."

In response, new CGIAR research efforts have been launched with local communities and organizations that will encourage more widespread embrace of improved agricultural practices. These initiatives include:

The CGIAR Research Program on Climate Change, Agriculture and Food Security (CCAFS) is a strategic partnership of the CGIAR and the Earth System Science Partnership (ESSP) and is led by the International Center for Tropical Agriculture (CIAT). CCAFS brings together the world’s best researchers in agricultural science, development research, climate science and Earth System science, to identify and address the most important interactions, synergies and tradeoffs between climate change, agriculture and food security.