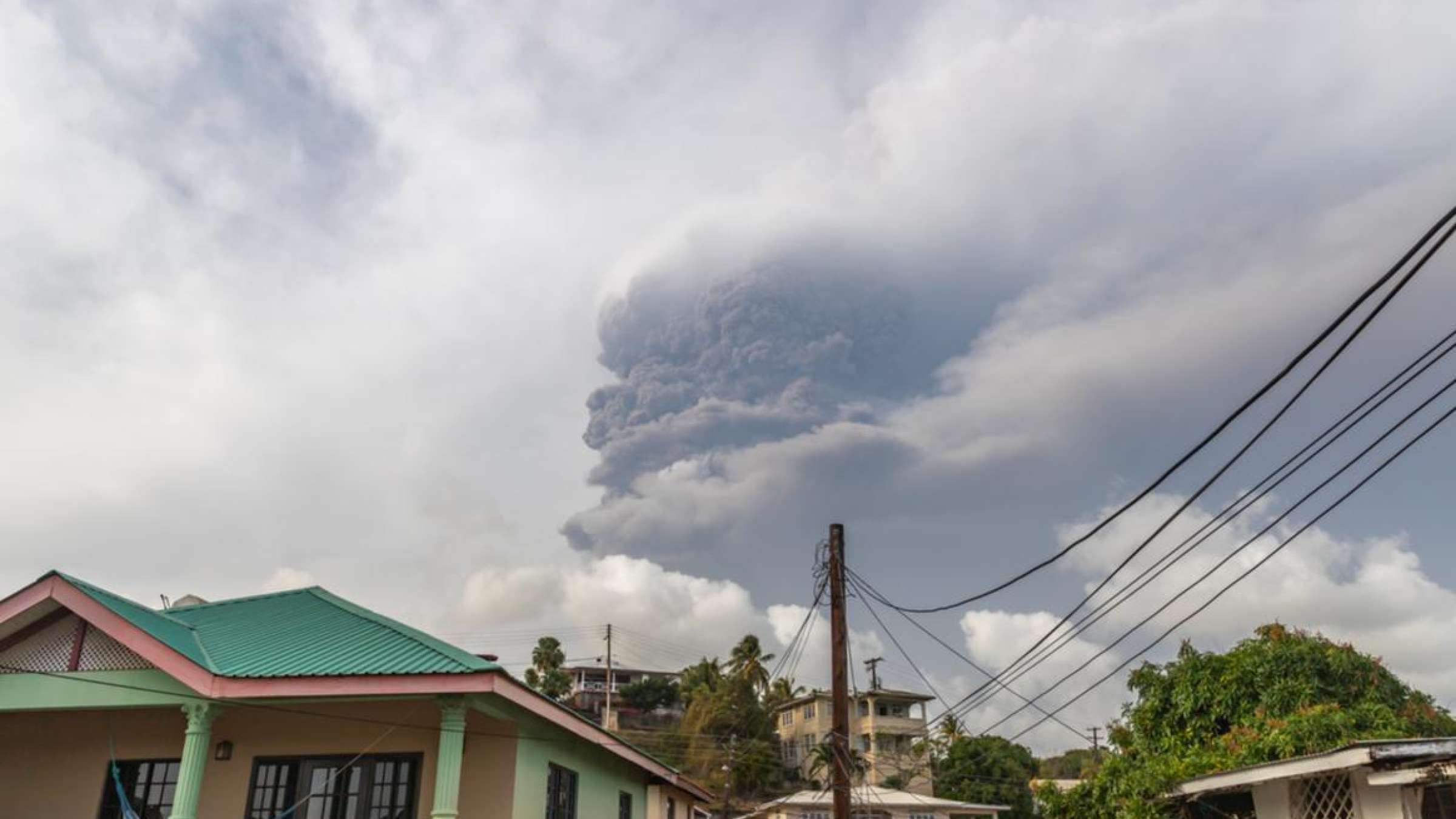 Volcanic eruptions come with a variety of hazards, depending on the type of volcano and its magma. Some have effusive eruptions, where lava flows constantly, while others can expel large clouds of fragments of magma and gases – volcanic ash – into the atmosphere.

For some of the most powerful eruptions, these ash clouds can rise tens of kilometres into the air and travel thousands of kilometres. This is what has happened on the island of St Vincent and the Grenadines, after a new eruption was confirmed at La Soufrière volcano on April 9 2021.

The explosive eruption, the first since the volcano last erupted in 1979, produced an ash plume of about six kilometres, which was also seen in satellite images.

The eruption prompted the evacuation of about 20,000 people, with no casualties. This was made possible thanks to our improved understanding of how volcanoes work and new advances in volcano monitoring.

What’s different about the eruption in St Vincent compared with the relatively quiet and tourist-friendly eruptions at the same time in Iceland, is that the magma is much more viscous – or sticky – so the gases dissolved in it can’t easily escape.

As magma moves towards the surface, these gases form bubbles and try to expand, causing an increase in pressure, which can eventually produce an explosion. During explosive eruptions, magma is broken into pieces, which cool rapidly and are ejected from volcanic vents mixed with gases, forming an ash-rich volcanic plume.

The island of St Vincent is no stranger to the hazards posed by volcanoes, although it’s been over 40 years since the last explosive eruption of La Soufrière. The deadliest eruption from this volcano occurred from 1902 to 1903 when more than 1,600 people lost their lives.

The current eruption is being monitored by a team of scientists from the University of the West Indies, based at the Belmont Volcano Observatory, on St Vincent. Monitoring relies on various methods, including gas and seismic measurements, as well as observations from the ground and from satellites. Satellites help, for instance, track where the volcanic ash has travelled to.

All volcanic eruptions are fed by a “plumbing system”. This comprises magma-filled cracks, called dykes and sills, that are either created or used by the magma. Understanding the physics that control how volcanic plumbing systems are created and evolve is fundamental to accurately interpret the indirect signals of magma movement.

As the magma moves within the volcano, it deforms the surrounding rock. This can produce earthquakes, which can be located using seismometers and very small deformation of the Earth’s surface, which GPS devices or satellites are able to measure.

Research conducted in modelling laboratories uses a scaled-down model of the Earth’s crust and simulates magma moving through it. By using a transparent crust, we can see inside the volcano’s plumbing system and create a model volcano monitoring network using lasers.

This set-up can be used to test how well data from real volcanoes might be interpreted, helping to understand important information such as where the magma is, how deep it is, how much magma might be erupted, and where and when an eruption might happen.

Based on recent observations, scientists have noticed that immediately before an eruption, the signals of magma movement can go quiet. This “quieting down” might be wrongly interpreted as the system going back to sleep, when in fact it might suggest an eruption is imminent. These uncertainties made volcano monitoring and hazard assessment especially difficult.

Eruptions can happen suddenly, with little or no warning. Mitigating volcanic hazards depends on our ability to continuously measure the pulse of a volcano and assess its state of health – by measuring things like how much magma is being transferred into the crust and how its migration towards the surface.

In many respects, these efforts are similar to how doctors attempt to diagnose a condition in a patient based on their symptoms. Magma moving through the system is akin to blood moving through the body, feeding and nurturing the growing volcano.

There have been many advances over the past few decades meaning more data – collected as often as once every hundredth of a second – is being collected at active volcanoes. New methods are being developed that allow rapid and reliable assessment of the state of a volcano, in some cases revealing clear patterns in the lead-up to eruptions.

We know the style and intensity of eruptions are controlled by factors that include magma composition and gas content, the tectonic environment, and the dynamics of magma migration.

Volcano monitoring and our ability to forecast eruptions remain incomplete. However, the eruption in St Vincent demonstrates the role of data interpretation. Getting better at forecasting eruptions is key to successfully inform risk mitigation efforts during volcanic crises, and so prevent loss of life.

A challenging task for the future will be to distil this ever-growing body of knowledge and translate it into new monitoring tools to inform volcano early warning and, possibly, to produce reliable forecasts.