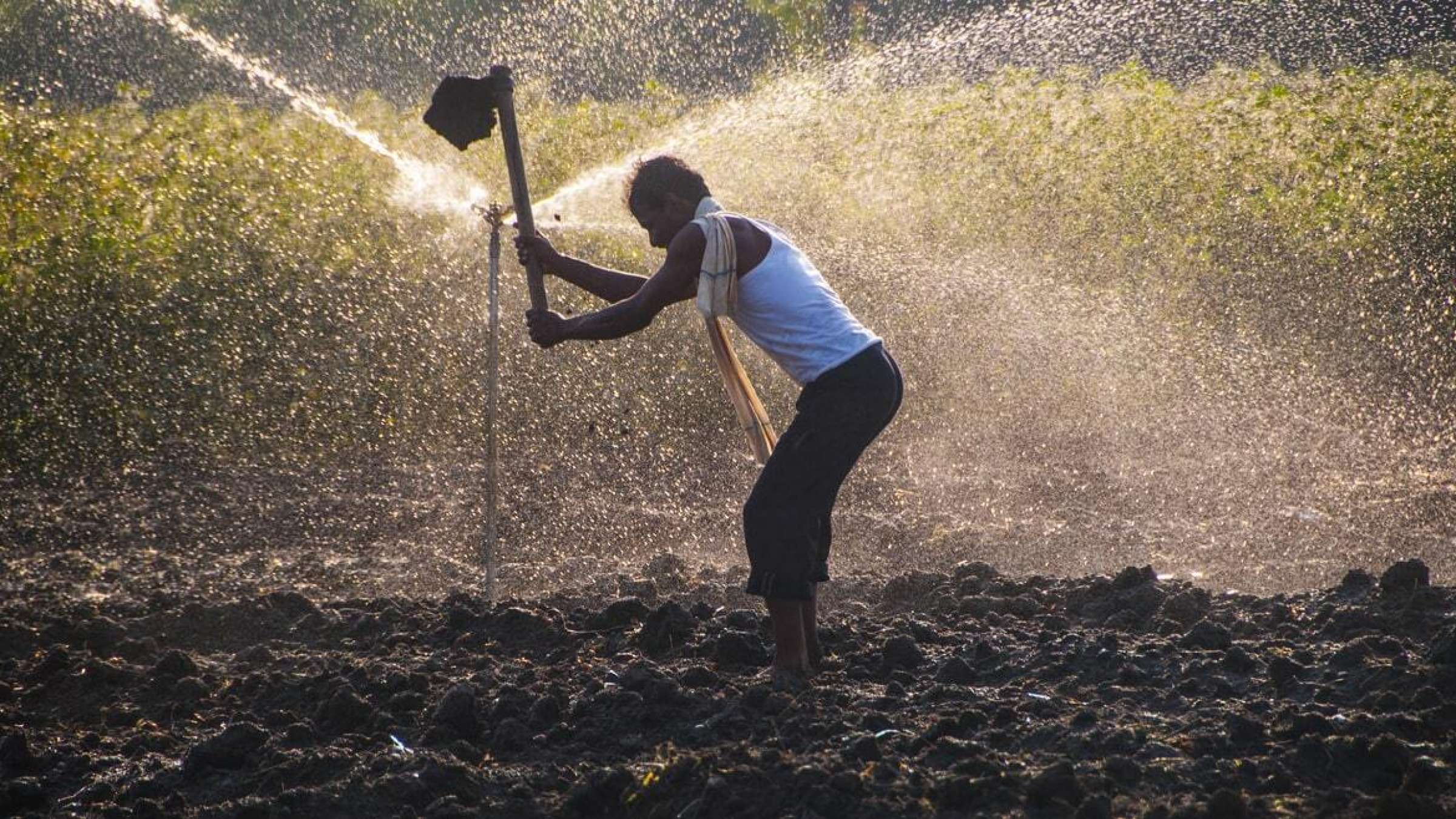 The agricultural sector is particularly stressed, as 40% of agricultural villages have already overused groundwater. Scientists estimate that by 2050, agricultural productivity will decrease by 68% in groundwater-depleted areas.

In 2010, the federal government of India pioneered the idea of a nationwide water security plan through preparation of district- and village-level water budgets to ensure more efficient use of water. Such preparation requires collecting data on rainfall and groundwater levels in the village and budgeting accordingly.

Basant Maheshwari, professor of water, environment, and sustainability at Western Sydney University in Australia, said, “Just like [a] home budget, a water budget maximizes the benefits of available water for various requirements.”

Maheshwari launched a program, Managing Aquifer Recharge and Sustaining Groundwater Use through Village-level Intervention (MARVI), in the states of Gujarat and Rajasthan in 2012 and trained villagers known as bhujal jankaars (groundwater informed) to measure groundwater levels.

Every week, the bhujaal jankaars (BJs) measure the level of water in a selected well with a measuring tape and also test the quality (pH and total dissolved solids) of the water with a portable kit.

“Through our data collection, we have created awareness. Villagers have understood that groundwater is reducing and has to be managed.”

Data obtained from the BJs are then recorded on a mobile app, MyWell. The app has a QR code that scans the location of the well and time of recording, as well as the data. “Any villager can download the data and compare how the water level has changed from the previous years or months,” Maheshwari said.

Nandlal, a resident of Navagraha village in Gujarat, was one of the first to be trained as a BJ. “Through our data collection, we have created awareness,” he said. “Villagers have understood that groundwater is reducing and has to be managed. If the groundwater level is less, we discuss with the farmers and decide on changing irrigation systems or cropping patterns.”

As a result of MARVI and the efforts of the BJs, some farmers shifted from growing water-intensive wheat to black tulsi, a perennial that requires less water but provides the same income.

The water budget is prepared at the beginning of each season after the calculation of water available for drinking, livestock, and agriculture.

The Watershed Organisation Trust (WOTR) is another group that trains locals as part of its Water Stewardship Initiative (WSI). Jal sevaks (water volunteers) measure water levels in wells and assist in the formation of a village water management team that sets water governance norms, such as limiting the depth of bore wells.

India has two main cropping seasons, kharif and rabi. The seasons are based around the powerful South Asian monsoon, with kharif taking place during the monsoon (July–October) and rabi following it (October–March). In each village participating in the program, “the water budget is prepared at the beginning of each season, after the calculation of water available for drinking, livestock, and agriculture,” said Tanmay Pisolkar, a hydrogeologist and junior researcher at WOTR.

James Wescoat, Aga Khan Professor Emeritus of Landscape Architecture and Geography at the Massachusetts Institute of Technology, said MARVI and WSI are just two of several programs in India advancing community-based groundwater management and water budget analysis. “For a water budget analysis,” he explained, “one has to estimate inputs of rainfall, infiltration from surface water, and inflow from adjacent aquifers, minus the outputs of evapotranspiration, discharge to adjacent aquifers, and pumping withdrawals.”

But many of the groundwater budget components are challenging to measure; technology is making accurate and efficient data collection more accessible.

Jaltol is a free and open-source geographic information system (GIS) application developed by scientists at the Centre for Social and Environmental Innovation (CSEI) in Bengaluru. Wescoat said that Jaltol provides ready access to both Indian and international data sets on different components of the hydrologic cycle. It is preloaded with rainfall data from the India Meteorological Department, soil moisture storage data from NASA, evapotranspiration data from the U.S. Geological Survey, groundwater storage data from India’s Central Ground Water Board, and land use maps from Landsat.

The app “helps users analyze those data to prepare local water budgets,” said Wescoat. “Because those data come from large-scale data sets, they give farmer communities the big picture on area water budgets.”

Veena Srinivasan, director of CSEI, said that “Jaltol gives a broad road map—where water is available, where it is exploited, what should be the focus of the [village] plan, how equitable is the water budget, should you focus on redistribution or recharge or demand side management.”

Organizations (including WOTR) that pilot tested Jaltol felt that although the app makes calculations easy, it doesn’t consider specific village or microwatershed data.

Srinivasan said CSEI is considering this feedback as it develops a new version of Jaltol that will be more useful for villages.

But ultimately, success depends on the behavior change of the villagers, experts said.

“After years of monitoring groundwater,” Maheshwari said, “the farmers understood that groundwater is a common pool resource that needs to be managed at a village level, and not farm level.”