Millions on the move in their own countries: the human face of climate change 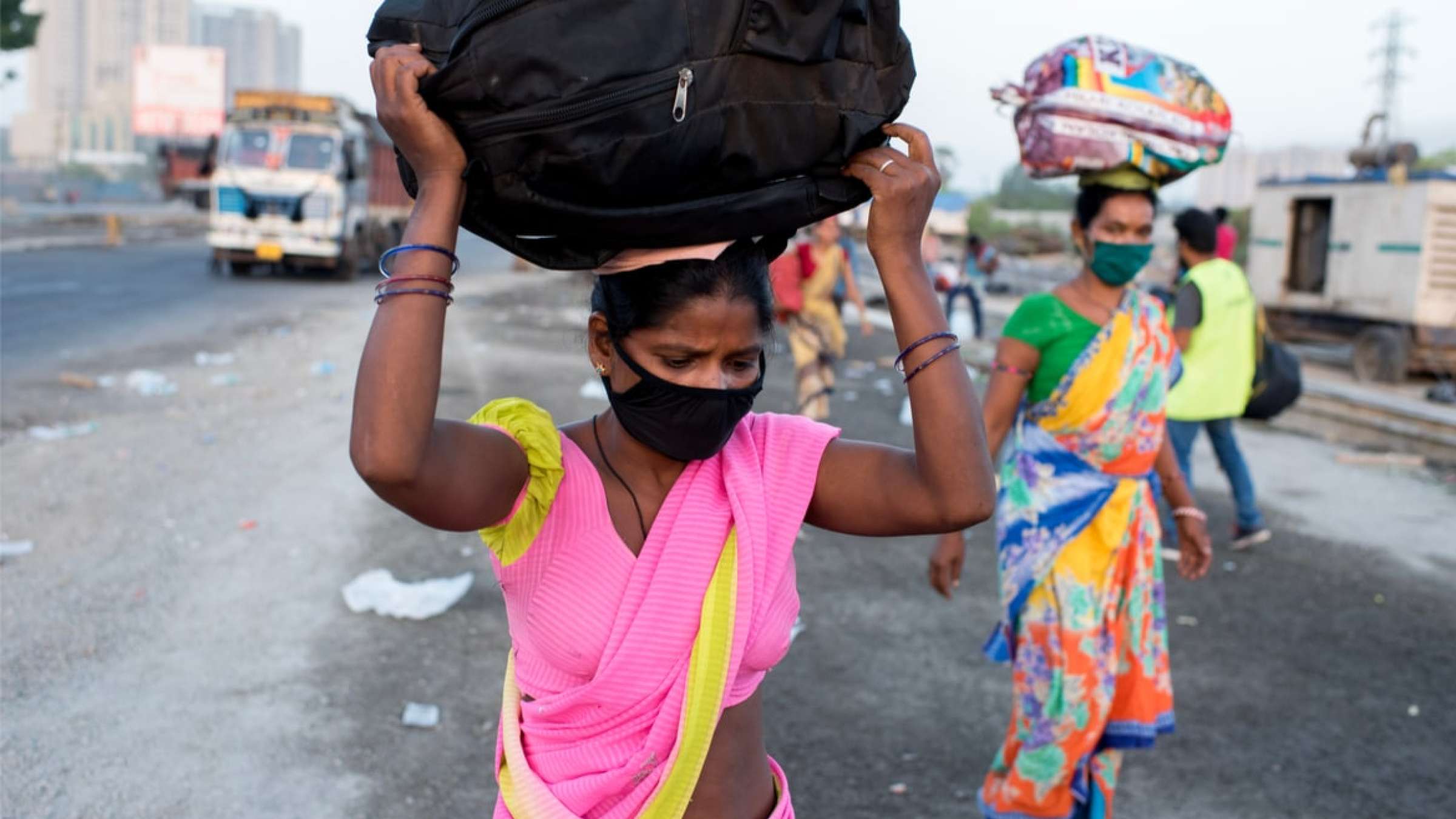 People pack up and leave their homes for many reasons – economic, social, political – and these drivers are often interconnected. A more complete picture of patterns of mobility must now include those moving due to climate change – a trend expected to increase over time - as people journey from one part of their countries to another such as:

These are just a few examples of the kinds of decisions that people and communities make as they counter the consequences of a changing climate. No region is immune to the potential of climate-induced migration, driven by impacts on communities’ livelihoods, and loss of livability in highly exposed locations : Over 216 million people could move within their countries by 2050 across six regions, according to the World Bank’s latest Groundswell report.

"Over 216 million people could move within their countries by 2050 across six regions, according to the World Bank’s latest Groundswell report."

The report includes new projections from three regions, East Asia and the Pacific, North Africa, and Eastern Europe and Central Asia. It builds on the first Groundswell report from 2018, which covered Sub-Saharan Africa, South Asia and Latin America. Taken together, projections across all the regions out to 2050 find that: Sub-Saharan Africa could see as many as 86 million internal climate migrants; East Asia and the Pacific, 49 million; South Asia, 40 million; North Africa, 19 million; Latin America, 17 million; and Eastern Europe and Central Asia, 5 million.

Internal climate migration is projected to grow for the next several decades and then accelerate through the second half of this century if countries do not reduce global greenhouse gas emissions and build resilience to current and future climate change impacts. So-called ‘hotspots’ of climate migration emerge within countries as early as 2030: with climate out-migration occurring in areas where livelihoods are threatened by climate change, and climate in-migration in areas with better livelihood opportunities.

“Climate change – particularly impacts such as increases in water stress, drops in crop productivity, and sea-level rise compounded by storm surge – could force people to migrate in distress. Countries could see an emergence of climate migration hotspots, as early as 2030, which will then continue to intensify and expand” the reports two lead authors, Kanta Rigaud and Viviane Clement note, adding that there is hope. “But the window to act is still open. Certainly, cutting emissions and ensuring that development is green, resilient, and inclusive is at the heart of curbing the human cost of climate change. At the same time, countries can also anticipate and prepare for the drivers of migration, for instance by supporting communities to adapt in place by diversifying livelihoods or by facilitating mobility when needed.”

Early and concerted action both to cut global greenhouse gas emissions and to ensure inclusive and resilient development is essential, and can reduce the scale of internal climate migration by as much as 80 percent , the report finds. Lower global emissions pathways could translate into reduced climate change impacts, including declines in crop productivity, water stress and sea-level rise.

"Early and concerted action both to cut global greenhouse gas emissions and to ensure inclusive and resilient development is essential, and can reduce the scale of internal climate migration by as much as 80 percent, the report finds."

A closer look at some of the key findings from the three new subregions of focus in this second Groundswell report sheds light on how regions with very different climatic, demographic, mobility, and development contexts can plan for climate migration.

In North Africa, changes in water availability are set to become the main driver of internal climate migration , pushing people out of coastal and inland areas where water scarcity is on the rise and slowing population growth in these climate out-migration hotspots along the northeastern coast of Tunisia, the northwestern coast of Algeria, western and southern Morocco, and the already water-stressed central Atlas foothills. In Egypt, the eastern and western portions of the Nile Delta, including Alexandria, could also become out-migration hotspots due to both declining water availability and sea-level rise.

Several places with better water availability, meanwhile, are projected to become climate in-migration hotspots, including important urban centers such as Cairo, Algiers, Tunis, Tripoli, the Casablanca-Rabat corridor, and Tangiers. In Morocco, for instance, expanding coastal cities will need to undertake climate-resilient and inclusive urban planning that accounts for climate risks and their impacts on key economic sectors and urban infrastructure.

Meanwhile, adaptation measures will continue be critical for climate-sensitive sectors, including agriculture, given its importance for livelihoods and employment in the region. In Morocco, integrated water resource management and development will be vital as will efforts to deliver economic growth that is low-carbon and resilient.

In the Lower Mekong, sea-level rise and storm surges could create climate out-migration hotspots in some densely populated, low-lying coastal regions—such as the Mekong Delta in Vietnam. They pose threats to key local livelihoods, including rice production, aquaculture, and fisheries. Climate in-migration hotspots are projected to emerge in areas where the population is already growing, such as the Red River Delta and the coastal central region of Vietnam where water availability and crop productivity conditions are more favorable. But the region is also expected to be very vulnerable to increasingly frequent and severe tropical storms.

In Vietnam, major coastal urban centers will require climate-resilient planning, while early and concerted action will be needed to prepare key low-lying agricultural regions for climate change impacts. The country is already working to address climate change risks, and stepping up those efforts—including proactive, multisectoral planning and the adoption of transformative solutions—will be crucial to maintaining the country’s robust development trajectory.

In Central Asia, both water availability and crop productivity will create climate in-migration hotspots in already densely populated and economically productive areas, such as the Ferghana Valley, and into new areas of potential livelihood opportunities, such as northern Kazakhstan. However, important agricultural and pastoral mountainous regions of the Kyrgyz Republic that would experience greater water scarcity could see increased rural-urban migration. It will be important that urban planning in the Kyrgyz Republic be climate-informed and ensure inclusive access to adequate housing, job opportunities, infrastructure, connectivity, and services. The Kyrgyz Republic is already taking steps to address the resilience of climate-sensitive sectors and economic diversification through the integration of climate priorities in national development strategies and processes.

Both Groundswell reports provide policy recommendations to support efforts that would slow climate migration and prepare for the millions that could be on the move out to 2050. And solutions go from global – including reducing emissions and integrating climate change into far-sighted development planning – to national and local – supporting communities to adapt or move. Concerted action is urgently needed at the intersection of climate, migration, and development if we are to slow the movement of millions in the future.