Managing seeds and agricultural losses in the wake of extreme climate events: Lessons from Nepal 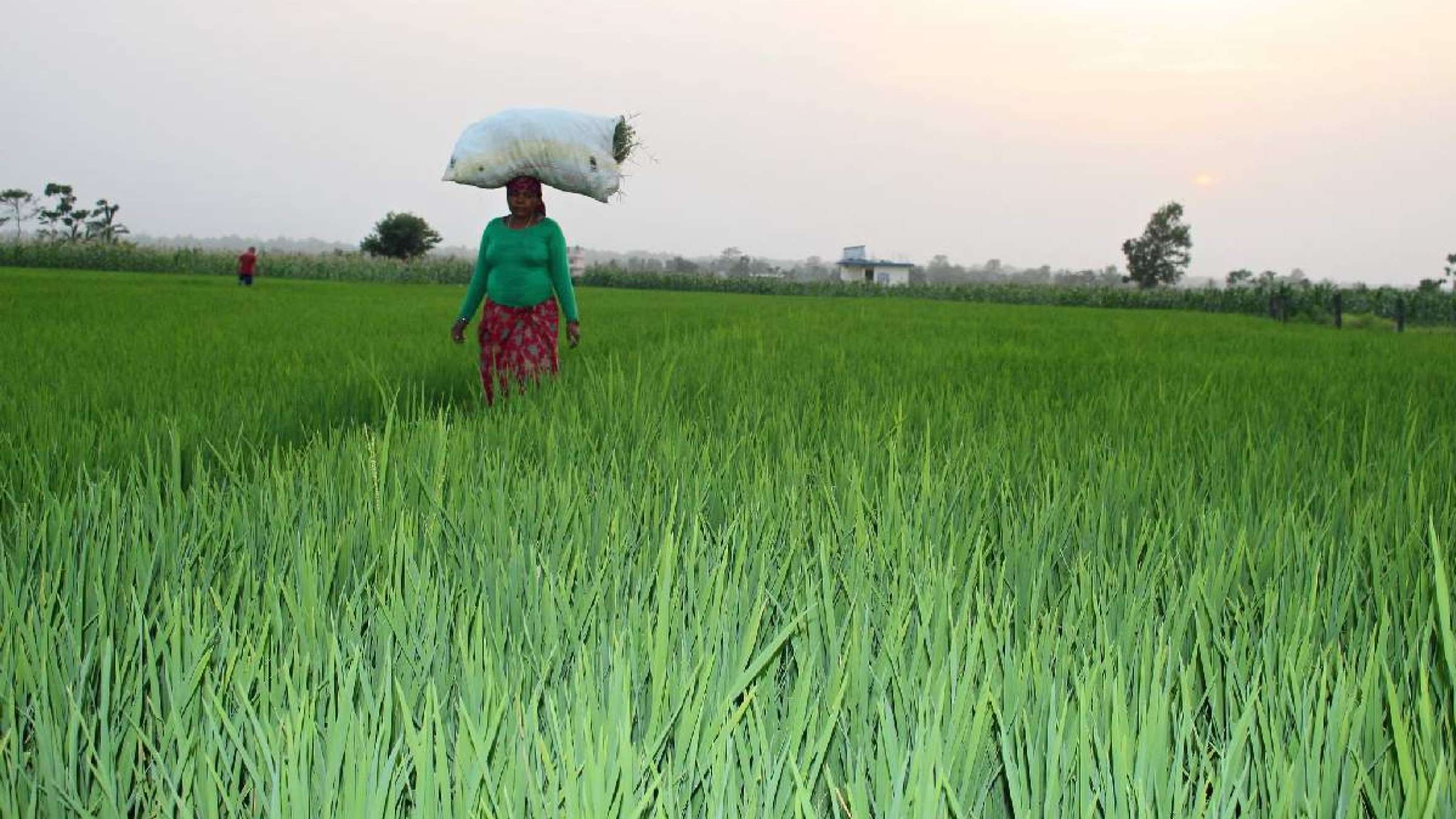 As climate change-induced disasters surge around the world, it is the people of the least developed countries paying the bulk of the costs. According to the International Disaster Database, the number of disasters across the globe has risen by 74.5% — comparing data from 1980–1999 with 2000–2019 — and these numbers are expected to increase due to the most recent climate change scenarios. The major climate change impacts identified by the Intergovernmental Panel on Climate Change relevant for Nepal include an increase in economic losses from weather and climate-related events, with a significant contribution related to agricultural losses.

In Nepal, for example, an unexpected and untimely excessive rainfall and flood in October of 2021 caused massive damage to the ready-to-harvest crop across all major rice-producing areas of Nepal – threatening the food security and livelihood of the country’s smallholder rice farmers.

A rice damage assessment was essential to gather insights on the seed production losses and propose anticipatory measures for seed management and distribution to farmers for the next season.Thanks to a collaboration between scientists from the International Maize and Wheat Improvement Center (CIMMYT) and the International Center for Integrated Mountain Development (ICIMOD), a rapid loss assessment through a survey of rice-growing farmers was conducted to quickly assess the damage and recommend critical operational decisions to the Nepali government to mitigate the impact. With the help of an operational mobile app, Geofairy, the USAID-supported Nepal Seed and Fertilizer project (NSAF), implemented by CIMMYT, surveyed 253 farmers in six districts of the mid and far western region with a particular focus on the potential seed production losses for next year’s cultivation.

The 2021 disaster in Nepal came as a shock to farmers: the 2021 monsoon was proceeding as forecasted in the seasonal outlook, and by the end of the season, farmers were generally expecting bumper rice crops. The withdrawal of southwest monsoon system was declared in early October. However, from 18-20 October 2021, instead of dry spell, the country experienced a three-day excessive rainfall and accompanying flooding that caused massive damage to the ready-to-harvest crop across all major rice-producing areas in the southern lowland Terai region of Nepal.

The partially harvested and standing crop suffered three kinds of damage. First, farmers near the riverbanks lost their ready-to-harvest paddy as it was swept away by flash floods. The second category was in the low-lying southern plains, where rainwater inundated the harvested, but not collected, paddy fields for more than two days, causing seeds or grains on the panicles to sprout. Sprouted seeds on the mother plant have reduced germination capacity and vigor, and cannot be stored for a long period while maintaining the germination capacity. The third damage was stem and root lodging (falling over) due to powerful winds.

With conventional approaches, on-ground damage assessments after a disaster can take weeks, sometimes months, limiting critical operational decisions in the first few hours and days. However, Nepal’s Ministry of Agriculture and Livestock Development (MoALD) was already prepared: since 2019, the Ministry has been using satellite remote sensing for in-season rice area estimation through the USAID-supported SERVIR HKH program.

Thanks to the platform, experts from ICIMOD were able to share a satellite image-based assessment as early as 22 October 2021: two days after the flood.

Satellite precipitation data showed the occurrence of hefty rainfall in Morang, Sunsari, Saptari, Siraha and Jhapa districts in the Eastern region. In the Western region, Kailali and Kanchanpur experienced intense rainfall, while most of the central districts of the Terai region remained below heavy rain.

Based on satellite images acquired, the flood extent assessment showed major flood spread in the western parts, including Kanchanpur, Kailali, Bardiya and Banke districts (Figure 2). The flood water extent remained lower in the Eastern districts compared to the West. The causes of severe damage were from direct rain pour and winds in the Eastern region, and flood swept from riverbanks in the Western parts.

Assessment results: Reduced seed quality and shortage of rice seed supply for the next planting season

According to NSAF’s field-based assessment, the two most popular varieties, Radha-4 and Sarju-52, are the most affected by the flood, especially in Banke, Bardiya, Kailali and Kanchanpur districts. Accordingly, 89% of Radha-4 and 42% of Sarju-52 seed production field has faced partial or complete loss in the surveyed districts. As per the district-wise loss assessment, 80% of Sirju-52 grown in Kailali and 61% in Kanchanpur suffered 50-100% damage. Similarly, nearly 60% of Radha-4 grown in Banke and Bardiya districts has suffered a crop loss ranging from 50-100%. This clearly indicates a huge shortage of these varieties for the next rice season which calls for immediate action to mitigate the seed deficit.

The survey found that farmers in Bardiya, Banke and Kailali had severe or complete crop loss, while those in Kanchanpur, Kapilvastu and Rupendehi had partial crop failure (Figure. 3)

Losses and the limits of early warning systems

According to the government’s final estimates, about 1,10,000 ha of rice crop area was damaged across the country. Respondents from the western districts reported that 80% of the farmers could only manage 50% or less than the expected harvest. The farmers reported an average input cost of $526 per hectare (NPR 63,162 per ha) and gross expected income of $972 per hectare (NPR 116,674 per ha) – leaving a very narrow margin of profit. To compensate for this economic blow, the government distributed $43 million (NPR 5.52 billion) among the farmers. However, with a total loss of $0.1 billion (NPR 12 billion), farmers still suffered a great loss.

Although early warning systems were in place in the surveyed districts, some respondents expressed low trust and reliability in the early warnings and only 20% of respondents were aware of the heavy rainfall forecast issued three days before the extreme event. Earlier studies in the Ganges basin have suggested that a 10–20-day lead-time forecast is needed to avoid agriculture losses. However, predicting a high magnitude of low-frequency extreme events with sufficient advance notice is still a significant challenge in climate science.

How to mitigate and weather such challenges?

Nepal’s rice seed replacement rate is around 20%, which means that about 80% of farmers are not accessing good quality seeds every season. The addition of this untimely flash flood and the subsequent seed loss will further worsen seed availability, in turn contributing to food insecurity at the national level. The assessment findings have several implications for actions needed to mitigate future climate shocks.

Some of the above mitigation approaches can be applied when extreme weather events are well forecasted and less severe. However, in the wake of an emerging climate crisis and limited mitigation options, there is a need to balance efforts on all aspects of adaptation, including the adoption of crop management practices including accelerated varietal turnover to modify threats and prevent adverse impacts, strengthen early warning systems with a focus on last-mile connection to minimize damages, and develop innovative mechanisms to address risk transfer and loss and damage compensations for sharing losses.