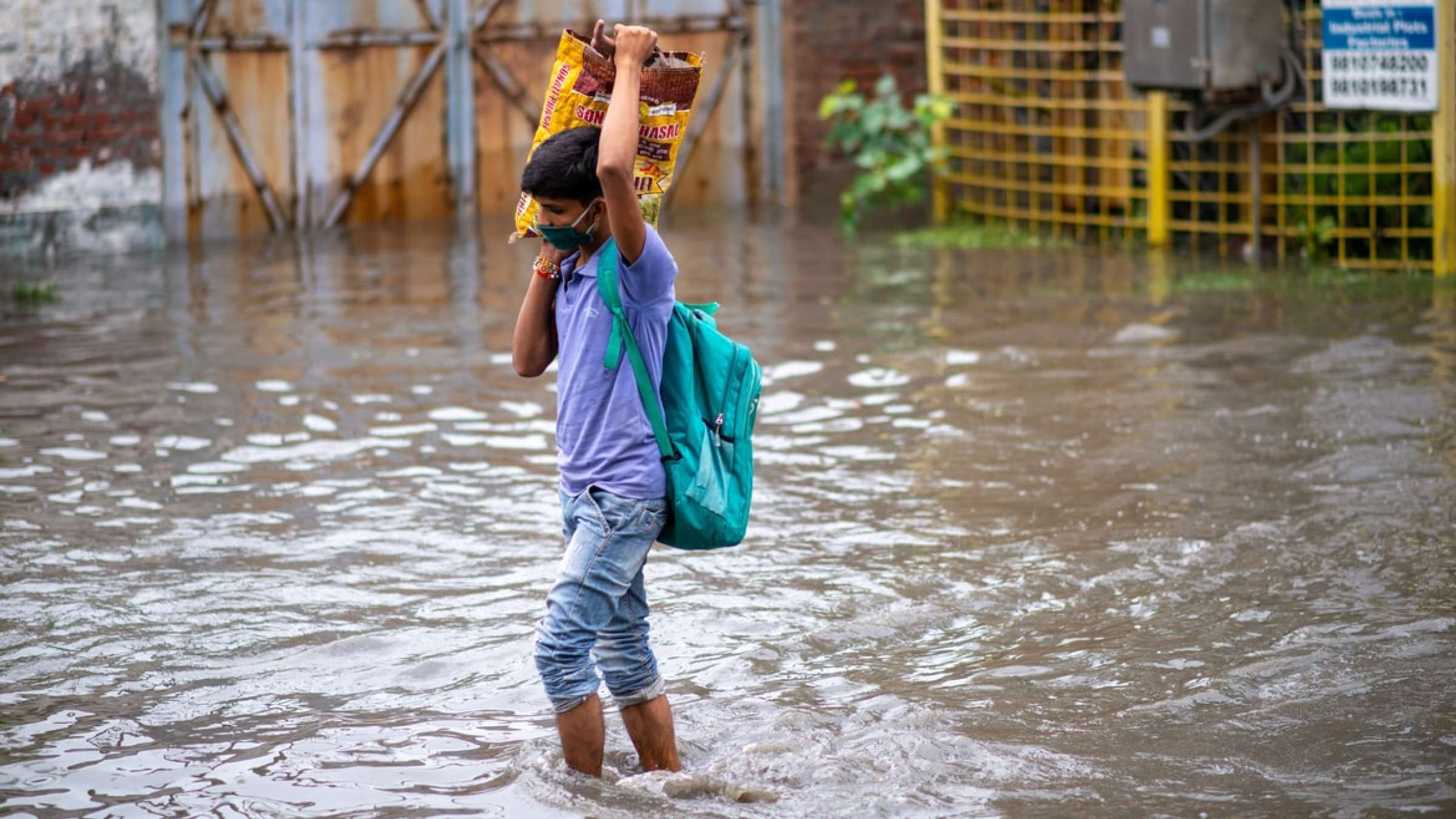 When global leaders were busy making net zero pledges and climate negotiations at Glasgow in November 2021, the majority of residents in Chennai, the capital city of the southern state of Tamil Nadu, India, welcomed the northeast monsoon with the usual euphoria. However, since the devastating 2015 floods, certain sections of the society, particularly the urban poor, feel anxious whenever persistent rains occur due to fear of flooding.

The historic flood that Chennai faced six years ago is a rare event and may not occur every year with same intensity. However, with every passing monsoon, the city faces flood risk given the less than efficient infrastructure and resilience capacity of the Urban Local Bodies (ULBs) to manage and mitigate the same. A critical understanding of the past, present and potential risk is therefore pertinent to make rational and informed decisions and protect the city from another massive deluge that could possibly affect thousands of people, particularly the vulnerable urban poor.

Ever since the 2015 floods and intense drought in 2019, Chennai has gained global attention in the context of climate change discussions. It is, however, not the only city which is susceptible to such climate extremes, as other major cities in India face similar challenges to varying degrees. In the recent past, cities across India have experienced high intensity rainfall in short duration, resulting in severe inundation, and causing great difficulties for citizens in terms of mobility and increased risk of water borne diseases. Last year, above normal rainfall in Chennai again exposed the city’s fragile infrastructure to the effects of floods. With waterlogging in several areas, particularly in low lying neighborhoods, many residents recalled the 2015 floods with apprehension.

Lessons from the past

Science tells us that floods are natural but when affected by anthropogenic activities, the result can be a man-made disaster. In addition to urbanisation, there is a growing consensus that urban floods, which a majority of cities in India are facing, are a result of poor urban planning and weak institutional capacity.

Chennai was once a water abundant city characterised by Nature Based Solutions. However, since the beginning of the century, Chennai has been rapidly urbanising and expanding in size. It is struggling to accommodate the growing population and has resorted to temporary solutions through large scale encroachments on major water bodies in the most ecologically sensitive zones. The result has been a series of water related disasters in the form of frequent floods and droughts.

Considering the flat terrain of Chennai, the Chennai Metropolitan Development Authority (CMDA) could have been more stringent in granting building permissions in flood prone areas. In hindsight, this seems the obvious solution, but despite repeated warnings from the scientific community and urban planners, the officials failed to notice the severity of the issue. Several new commercial, industrial and residential complexes continue to emerge in flood prone areas of the city increasing the risk of impacts from extreme events.

The present government has grand plans for improving the infrastructure and basic needs of the city. In the absence of sound environmental management principles and understanding, these are bound to fail and disappoint the public if implemented without proper consultation with various stakeholders. Since the 2015 floods, no significant changes have  occurred on the ground to improve flood resilience or institutional capacity. There is a greater need for public institutions with improved economic, social and environmental knowledge to successfully navigate through complex development challenges.

To effectively manage natural disasters, better coordination among different parastatal agencies is of utmost importance. At present, various government departments in India work in silos (Figure 1), in a hierarchical structure, mostly involving vertical communication leading to complication and delayed responses. This can cause enormous losses which could easily be averted with transparent and horizontal communication within and across departments.

Tamil Nadu was one of the first few states to have mandated Rain Water Harvesting (RWH) early in 2003, but poor implementation and uptake in the absence of an effective storm water drain network resulted in reduced percolation and increased runoff. A growing number of urban households and resident welfare associations are open to implementing localised, novel and sustainable water management methods from roadside RWH systems to smart water metering installations. Increased government collaboration with communities and other stakeholders throughout the entire process of planning and implementation will result in more sustainable water management practices.

Lessons for the future

Water related disasters continue to top the global risk assessment of the World Economic Forum. Major cities across India are getting congested as a result of migration and population growth, leading to land use change and degradation while putting pressure on waterbodies and the natural flow of water. Such unplanned urbanisation also affects the recharge capacity of the natural aquifers. The increasing land use burden in big cities can be reduced through more equitable and inclusive growth where less populated urban clusters attract surplus labour from densely populated cities through better job creation.

Finally, watershed management is the key to mitigate intense flood and drought scenarios. The sponge city concept of China is creating all the buzz recently and seems to be an effective flood mitigation strategy which should clearly be part of the urban planning process. The frequent floods which cities in India are experiencing can potentially be mitigated with careful and pragmatic planning, better coordination, strengthening of the institutional capacity and governance processes.