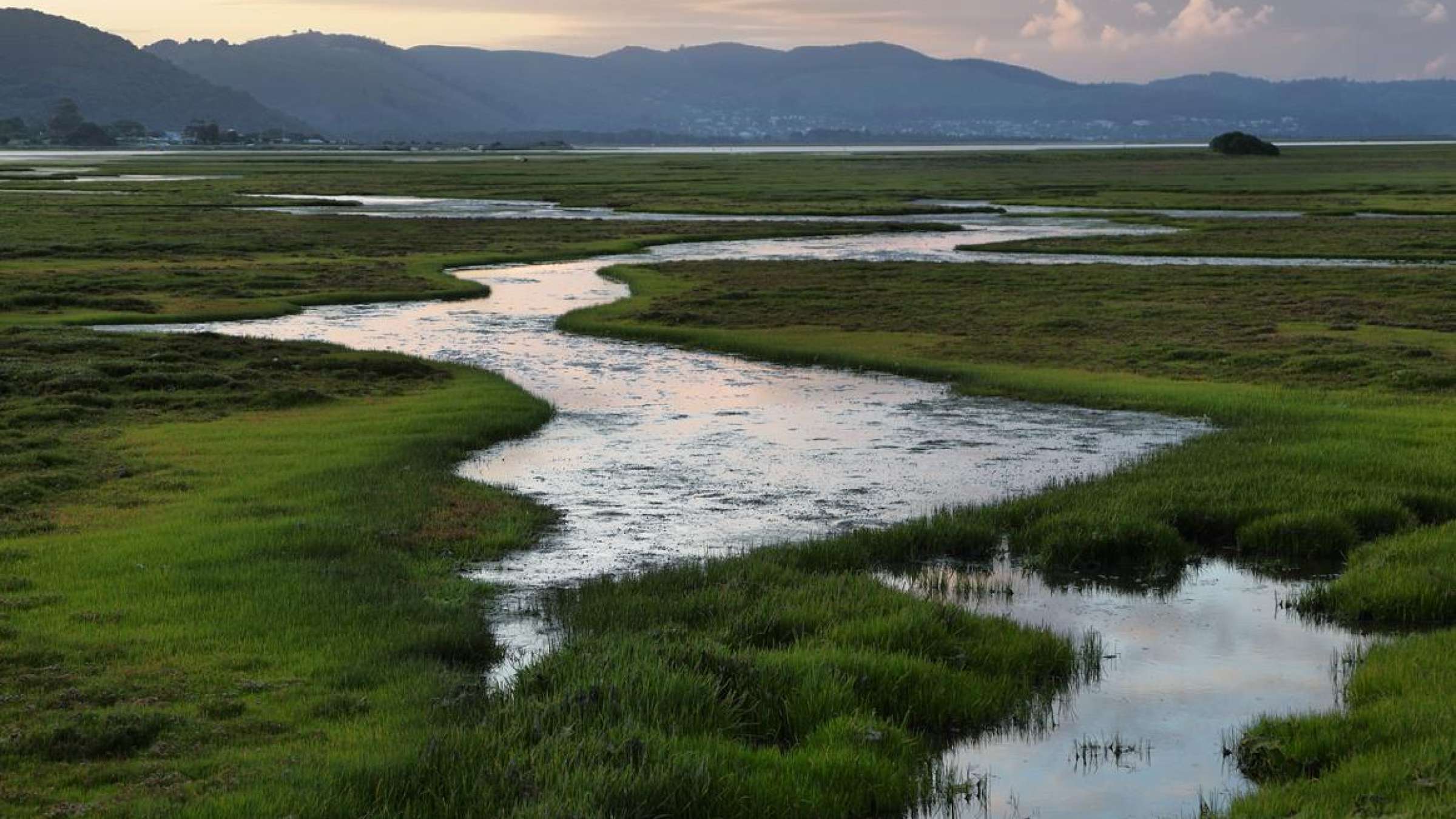 By Neil Entwistle and George Heritage

Flooding is known only for the ruin it brings to homes and livelihoods, but targeted flooding, to create or restore floodplain wetlands, is part of the solution to climate change.

That’s because the damp and low-oxygen conditions of wetlands make them very good at slowing the rate at which organic matter decomposes. This ensures the carbon contained in all the plants and animals that die in wetlands stays out of the atmosphere for a long time.

Floodplains are the generally flat and low-lying lands which form around rivers as they deposit sediment. Their permanent or seasonal inundation with flood water gives rise to mosaics of wetland habitats, home to a variety of plants and animals that have adapted to the wet conditions. Allowing these habitats to regenerate could lock up carbon that would otherwise warm the atmosphere and fuel more extreme weather.

Letting floodplain wetlands resume their natural function could change the dynamics of flooding too, slowing the rate of water building up and trapping sediment downstream – a problem which usually causes flooding in towns and villages.

Why we need wetlands

Freshwater wetlands only cover about 6% of the Earth’s surface, but they hold up to 30% of all the carbon contained in soil. Estimates suggest that the world’s wetlands absorb about 830 million metric tonnes of carbon each year, retaining 118g per square metre on average. The temperate wetlands of the UK are particularly good at this, accumulating carbon at average rates of 278g per square metre per year.

Wetlands are also among the Earth’s most biodiverse ecosystems. Approximately 40% of the world’s species make their home in them. Unfortunately, these habitats are also among the most threatened. Between 1970 and 2015, 35% of wetlands were lost to changing land and water use. Globally, more than 25% of all wetland plants and animals are at risk of extinction, including the marsh fritillary, the tadpole shrimp and the curlew, which are all threatened or endangered in the UK.

The UK’s wetland habitats would have originally covered two million hectares of lowland floodplains. They had already shrunk by about 86% to just 274,000 hectares by the 1980s. Of this, only 46,600 hectares were afforded some degree of protection. Everywhere else, wetlands were drained or filled to build farms, roads and settlements.

Our own research has revealed the near complete destruction of fen, marsh and swamp habitats on floodplains across England. On the 555 floodplains we studied, 85% of rivers had no wetland associated with them at all.

Encouraged through government grants, underground drainage pipes are common across floodplains in England. These quickly transfer rainfall into rivers and drains, preventing the natural waterlogging of floodplain soils. Over several decades, river tributaries have been rerouted to flow along valley edges, drying out wetland areas even further.

Naturally functioning floodplains, where the river floods the surrounding land on average once every couple of years, behave quite differently. River tributaries snake throughout the landscape, creating a network of marshes, fens, swamps and bog, which spread flood water and energy more widely. Gravel is dispersed across the floodplain floor and never makes it into the main river and, so is prevented from flowing through to flood-prone urban areas downstream.

Our recent work restoring floodplains in the Lake District showed how the simplest changes to drainage can have dramatic effects on the wetness of floodplains, and how well they store sediment.

Blocking certain engineered river channels and breaking underground drains immediately transfers permanently flowing water onto the floodplain. This water naturally resumes old flow routes and restarts the process of storing sediment on land, rather than moving it rapidly downstream. Restoring features of the river bed that were dredged out, such as riffles and rapids, helps bring the water table nearer to the surface and rejuvenate dormant wetlands. Digging up dried up ponds increases the number of places where water can seep out of river channels. The result is a patchwork of open water within a wider, boggy landscape, which acts like a sponge for greenhouse gases that can hold and dissipate flood waters.

These cheap interventions are already bringing back wetlands across the floodplains of the Lake District in Cumbria. This work can complement the push to reforest and restore ecosystems to absorb CO₂. A study suggested that restoring 15% of the world’s lost wetlands could lock up 30% of the total increase in atmospheric CO₂ since the Industrial Revolution, while preventing 60% of expected species extinctions.

But none of these benefits are possible without changing how people currently use and manage floodplains. Allowing rivers to properly flood floodplains again will mean “rewetting” some low-grade farmland and compensating some landowners. Farming practices will have to adapt to wetter conditions, by changing livestock or grazing patterns.

But it would mean flooding reaches a lower peak when it does occur, and a lower flood risk to communities downstream. The widespread return of freshwater wetlands across the UK would also make everyone less vulnerable to flooding in the long run, by helping stabilise the climate.