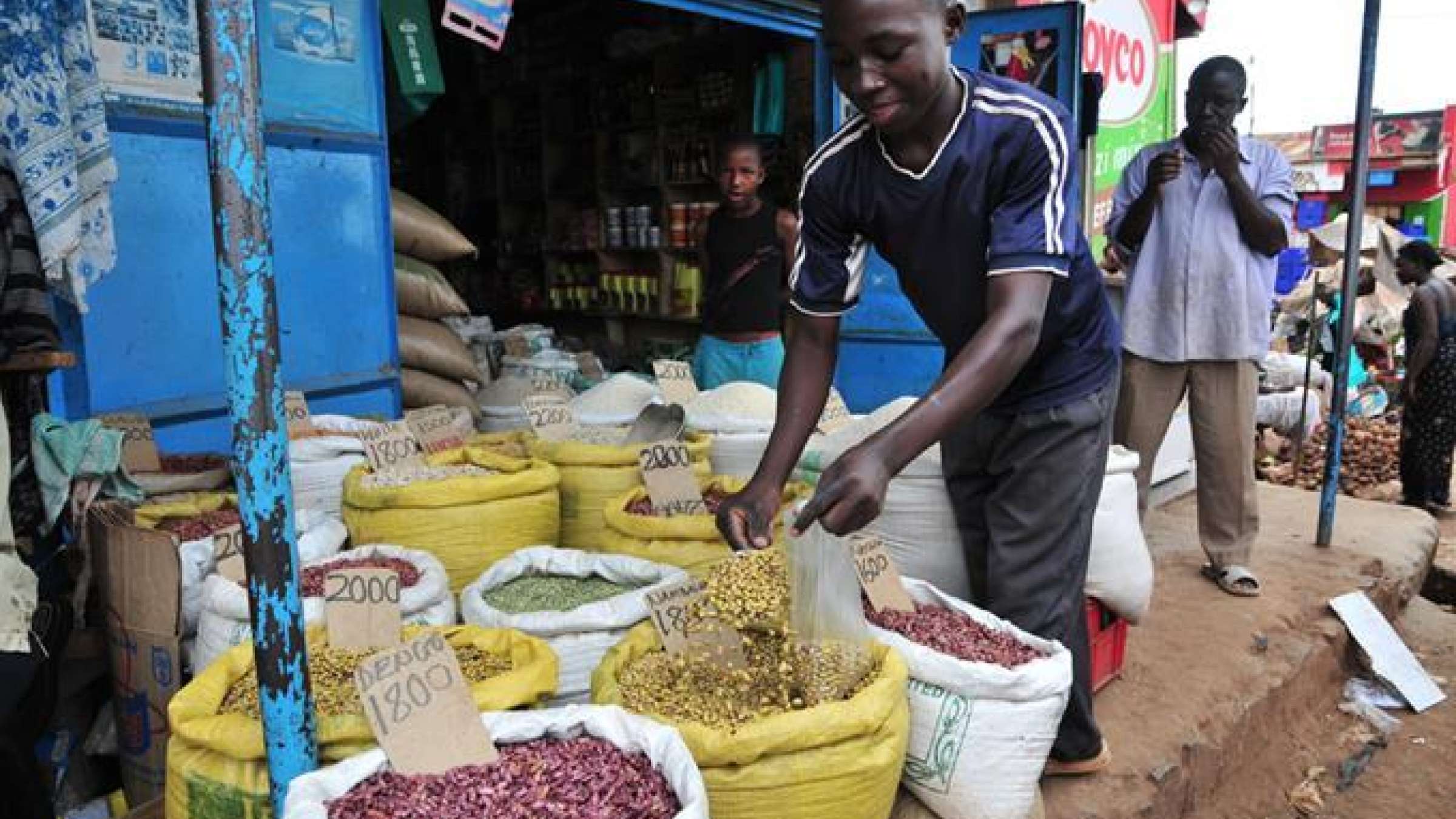 Five new bean varieties bred with high iron and resilience to the impacts of drought have been released in Uganda for the first time, as a cheap source of nutrition for poorer communities.

The varieties were released as part of the government’s strategy to tackle malnutrition and reduce anemia in the country, especially in children and expectant mothers.

The National Crops Resources Research Institute which released the varieties late last month, said: "Instead of buying expensive supplements, communities can now buy and grow these beans as a way of boosting nutrition and reducing anemia - a major health concern in Uganda – also knowing they will get yield despite drought.”

Global Director of Product Development and Commercialization at HarvestPlus, based at CIAT’s headquarters in Colombia, said: “We’re delighted these beans have been released to farmers and the wider community.

“It’s particularly good news for millions of women across Africa, because these beans can tackle iron deficiency and anemia, key health concerns in women, and also boost their incomes through improved yields,” he added.

Iron deficiency is the world’s leading nutritional ailment and can impair cognitive and physical development in children. Anemia, often caused by iron deficiency, increases risks to women during childbirth.

“This release effort is a clear example of the commitment of bean breeders here in Uganda and globally, who joined forces to ensure beans like these with qualities to tackle new challenges, are available to poorer communities for the first time in Uganda,” said Dr. Pfeiffer.

“These beans have been bred conventionally over many years, combining iron sources from our CIAT genebank in Colombia with locally adapted germplasm in Uganda. It is a long process to track down varieties with higher iron content, and then ensure that they can also tolerate harsh conditions in our environment, like drought,” he explained.

“These beans have to go decades of breeding hurdles to get to the stage of being released into the community. The varieties will not only give farmers better yields, but they are vital for smallholder farmers and communities who rely on rain-fed agriculture,” she added.

Despite efforts to curb iron deficiency through supplements and fortified foods, the condition affects an estimated 2 billion people worldwide.

Just two weeks ago, a studypublished in The Journal of Nutrition, provided new evidence that iron fortified beans can reverse anemia in women. The 18-week study involving iron-deficient women in Rwanda was the first of its kind to show that eating “biofortified” beans bred to contain more iron has a significant impact on iron levels in the blood.

The beans were co-developed with the Rwandan Agricultural Board (RAB) and CIAT through HarvestPlus, a program convened by CIAT and the International Food Policy Research Institute.

The work is supported by the UK Government; the Bill & Melinda Gates Foundation; the U.S. Government’s Feed the Future initiative; the European Commission; and donors to the CGIAR Research Program on Agriculture for Nutrition and Health, of which HarvestPlus is a part.