Does cash assistance make a difference before floods? Evidence from Bangladesh 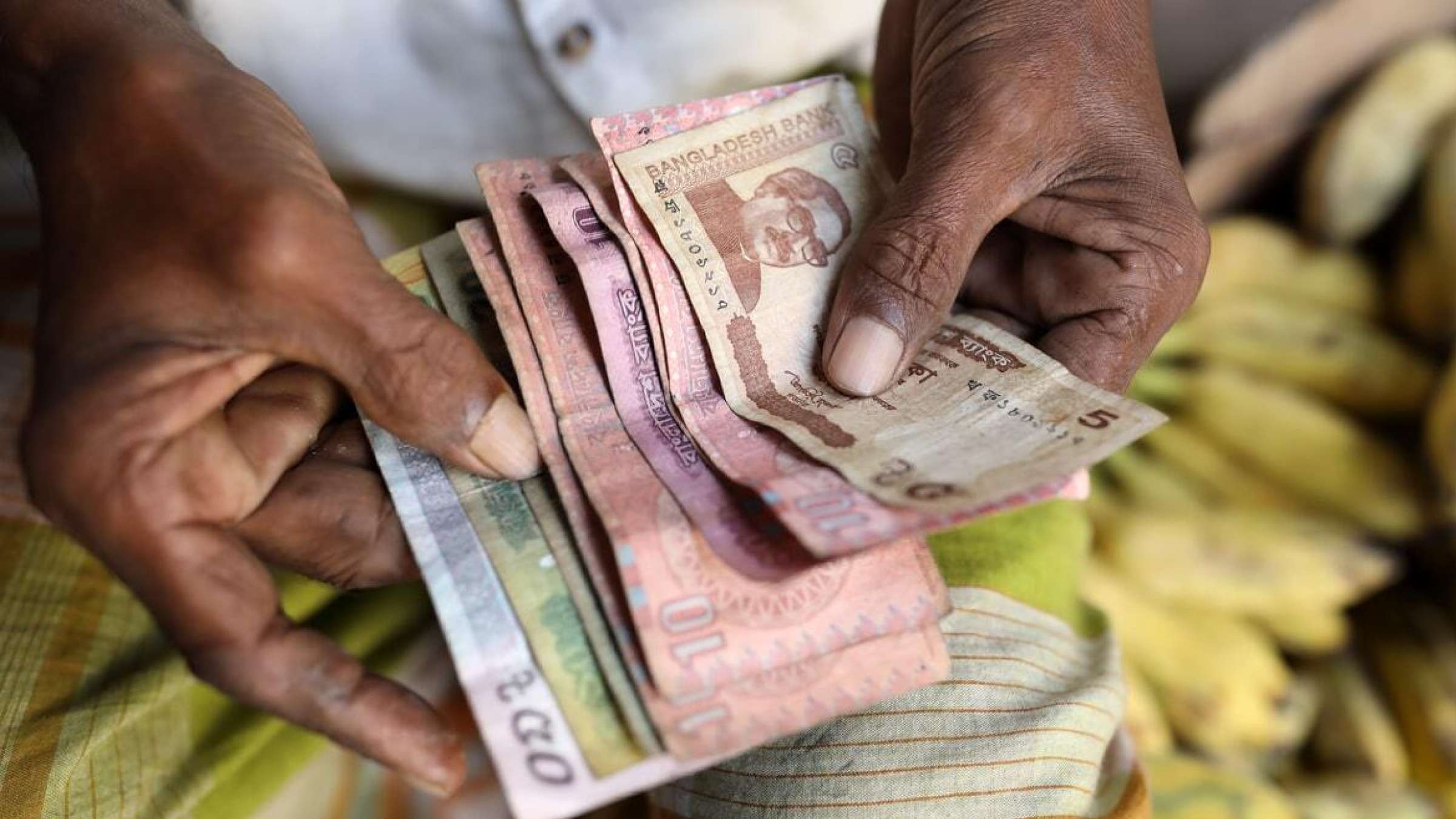 People in the Brahmaputra basin, Bangladesh's biggest river, are used to flooding. It is an annual recurring event during the monsoon season, when 80% of the annual amount of rain falls. Two to three weeks after peak rainfall in July, the rivers in the Jamuna/Brahmaputra basin typically reach their maximum flow. The upstream discharge of the Brahmaputra runs through the Jamuna river to the Padma river and brings flooding every year.

Poor and landless families are most severely impacted by these floods. They often settle on temporary islands known as chars - riverine sand and silt land masses which are created by the river as older ones are washed away. Flooding can make their houses crumble, destroy their crops and drown their livestock. Although the population has developed a level of resilience and adapted their livelihood strategies to the flood patterns, in some years the magnitude of the floods far exceeds people’s coping capacity.

Anticipatory action before the flooding in 2020

Beginning in June 2020, heavy monsoon rains created severe riverine flooding in Bangladesh. The Bangladesh Red Crescent Society (BDRCS) monitored the situation. On 24 June 2020, the Global Flood Awareness System (GloFAS) issued a forecast of 50% or more probability of a 1-in-10 year flood which would remain above that threshold for three days. The flood was expected to affect 3.7 million people. This triggered the forecast-based financing (FbF) mechanism of BDRCS, which began to take action as planned in their Early Action Protocol for floods.

From 1-4 July 2020, BDRCS distributed an unconditional multi-purpose cash grant of 4,500 Bangladeshi Taka (about US$53) to 3,789 vulnerable households across 10 Unions in the districts of Jamalpur, Gaibandha and Kurigram. This was well over two weeks before the flood peak was observed on 18 July 2020, giving the cash recipients a significant amount of time to use the money.

The cash transfer was intended to help the recipient households to take preparatory actions and protect themselves from the worst impacts of the flood, leading to fewer deaths and injuries, lower damage to their assets, and fewer livestock losses. Moreover, the cash transfer was expected to help households avoid having to borrow money at high interest rates or to sell valuable items, such as farming tools or bicycles, to get money. This should have enabled them to avoid food-based coping strategies (e.g., eating fewer meals or smaller portions). It should also have helped them to return to work sooner than households that were not assisted by the anticipatory cash transfer.

In January 2021, BDRCS conducted a quasi-experimental evaluation, with technical support from the Red Cross Red Crescent Climate Centre (RCCC), to assess the effectiveness of the anticipatory cash transfers. Household survey data was collected from a representative sample of 222 cash beneficiaries across the three districts.

At the same time, a survey was conducted among a sample of 222 respondents from a comparison group of equally vulnerable households (based on their vulnerability scores) in the same flood-affected areas. These people did not receive the anticipatory cash transfer, but only “regular” response assistance. The data was then statistically balanced for any remaining differences in confounding variables between the two groups. Any differences in the outcome variables should therefore be attributable to the anticipatory cash transfer.

The study tested the observed effects for statistical significance. The highlights - including some unexpected effects - are presented below.

Key findings from the evaluation

Enabled evacuation: The anticipatory action intervention appears to have been effective in enabling vulnerable households to evacuate the flood area where needed: 27% of cash beneficiaries reported that they evacuated adults after receiving an early warning, vs 11% (+16%) of respondents among the comparison group.

Protected health and well-being:  Fewer cash beneficiaries reported having experienced health problems (such as coughing, skin rashes) because of the flood (73% of cash recipients vs 84% of comparison households - a 11% reduction). Considering the perceived stress levels experienced in the aftermath of the flood event, beneficiaries declared feeling psychologically better than comparison households. On a scale from 1 (very bad) to 5 (very good), beneficiaries declared an average psychological and emotional status of 3.6 vs 2.3 among the comparison group (+1.3).

Unexpected results: 97% of beneficiaries reported that they were, or an adult member of their household was, unable to work for a period of time because of the flood, compared to 86% of comparison households without anticipatory cash assistance (+11%). This result is unexpected, but it might depend on external factors not linked to the intervention itself. The evaluation did not find a significant effect of the anticipatory cash transfer on the amount of money that households borrowed, the interest rate of borrowing, or the coping strategy index.

Evacuation is an important preparedness behaviour because it helps to save the lives of people and their livestock. Virtually all cash beneficiaries and comparison group households received an early warning which informs the preparedness measures. The chart below shows the actions taken after having received the early warning.

While the study detected no significant differences in the extent to which the respondents took action to protect their assets, evacuate their children to safety or most other early actions, it does show that cash recipients were nearly three times more likely than the comparison group to evacuate adult family members. This can be interpreted as a sign of an increased ability to protect the household holistically.

Reflections on unexpected results and the study method

There are several unexpected or insignificant effects of the cash transfer: beneficiaries were more likely than comparison households to be unable to work for an extended period of time after the flood. Other expected results did not materialise, such as reducing money borrowing or negative coping strategies.

One reason could be the size of the cash transfer. This is an agreed standard amount in Bangladesh, which is meant to cover 75% of the minimum expenditure basket in the aftermath of any disaster. However, it was possibly too small in comparison to the magnitude of the flood impact.

Another likely reason is recall bias: the survey was conducted nearly six months after the cash transfer and flood event. This is a long time for respondents to remember their experience during the flood, the actions they took and the impacts they felt. Some details may have been forgotten. Therefore, the survey results may over- or underestimate some effects of the anticipatory cash transfer.

Using the lessons from this study

The findings of this study are broadly in line with the results of a similar BDRCS and Climate Centre evaluation conducted in 2017. In 2021, the EAP for Floods in Bangladesh was revised to reflect some of the lessons from these studies. For example, the early warning component was strengthened to enable more households to evacuate themselves and their livestock from the flood-affected area in time.

Another important lesson is that impact assessment surveys must be conducted soon after the flood event - ideally as soon as the intended effects are expected to have materialised - to avoid recall bias.