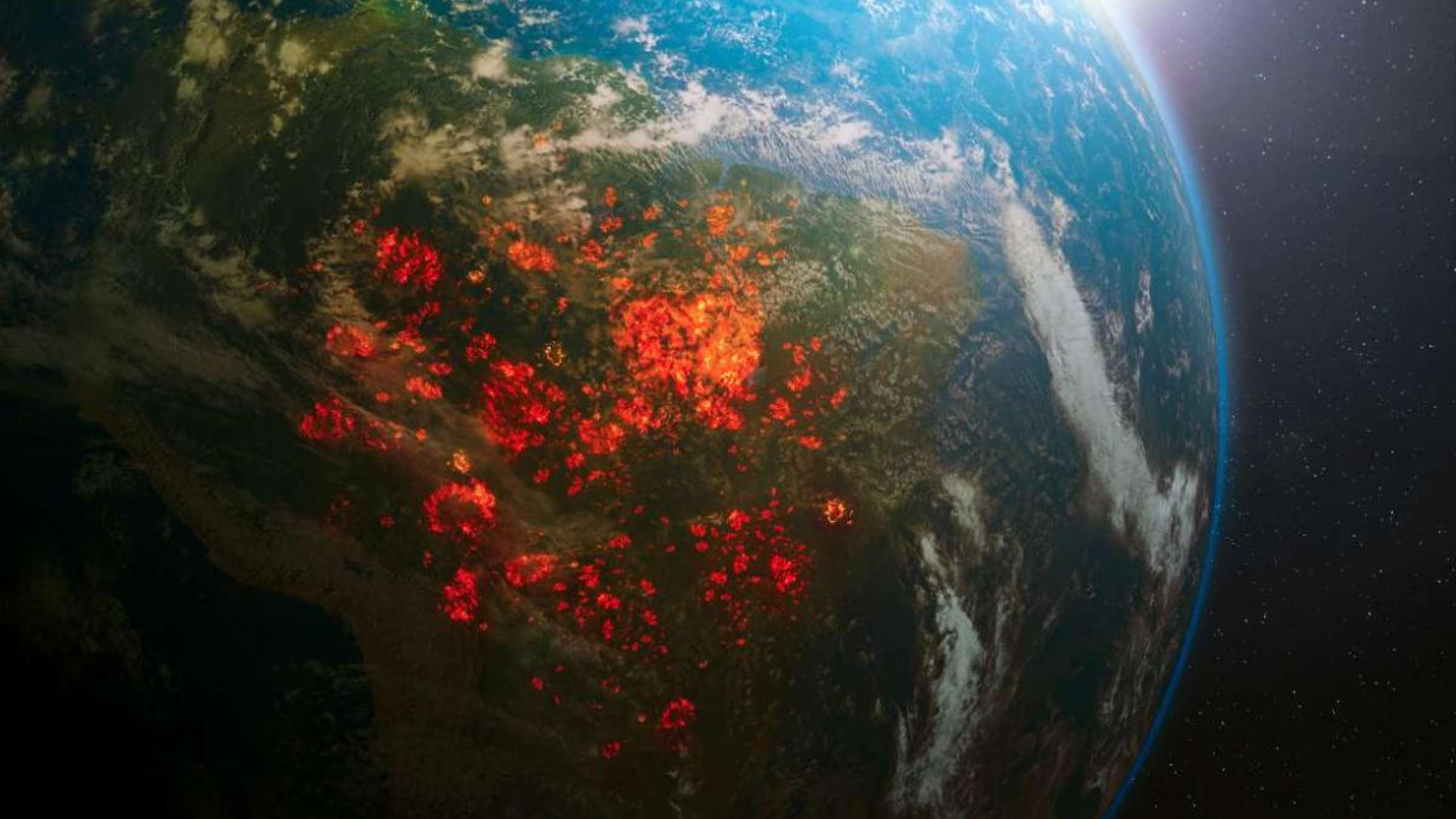 Aerial view from space of ecological disaster of fires in the Amazon, South America. Shutterstock.com

The 2019-2020 Australian bushfires raged for seven months, killed more than 30 people, hospitalized thousands more, and burned more than 10 million hectares of land. While the full financial and ecological impact is still unknown, costs from those fires are likely to exceed $4.4 billion. Meanwhile, ten of the largest wildfires in Arizona’s history occurred in the last eight years and nine of California’s largest wildfires occurred in just the last seven years. Beyond direct losses and disruption from damage to buildings and infrastructure, air pollution from wildfires has led to healthcare costs in excess of $100 billion in losses per year in the United States. Leaders in government, finance, and public health need to understand how and where climate change will further heighten wildfire potential because of the serious threat wildfires pose to societies, economies, and natural systems.

This new report, Climate Change and Wildfires: Projecting Future Wildfire Potential, outlines Four Twenty Seven’s approach to quantifying global wildfire potential, capturing both absolute and relative changes in frequency and severity by 2030-2040.  Wildfire potential refers to meteorological conditions and vegetative fuel sources that are conducive to wildfires. Using a proprietary methodology submitted for peer review, our analytics link climate drivers such as changing temperature and precipitation patterns with the availability of vegetative fuels to assess wildfire potential in the future.

The analysis also explores key regions exposed to increasing wildfire potential and discusses the implications for financial stakeholders and communities. Our analytics affirm common understanding about locations exposed to wildfire, providing an indication of the increasing severity and frequency of wildfires in areas already prone to these events. The report also offers insight into areas that may have less obvious exposure, but are likely to have higher wildfire potential over time. Preparing for wildfires is a local, and often regional effort. The relatively high spatial granularity of our results (~25 kilometers) enables decision-makers to evaluate wildfire potential at a useful scale.