Urban risks: where are the top five biggest blind spots? 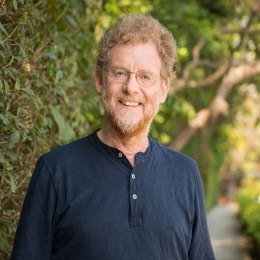 David Satterthwaite is a Senior Fellow at the International Institute for Environment and Development (IIED) and visiting Professor at University College London. He trained as an urban planner and has a Doctorate from the London School of Economics. He is also Editor of the international journal Environment and Urbanization. Most of his work has been on poverty and risk reduction in urban areas in Africa, Asia and Latin America, undertaken with local teams. He has written various books on urban issues, including Squatter Citizen (with Jorge E. Hardoy) and Environmental Problems in an Urbanizing World (with Jorge E. Hardoy and Diana Mitlin). He also co-authored two recent books on urban poverty with Diana Mitlin – Urban Poverty in the Global South; Scale and Nature and Reducing Urban Poverty in the Global South both published by Routledge. In 2004, he was awarded the Volvo Environment Prize. He has a particular interest in how climate change can add to the stresses and shocks faced by low-income urban dwellers. He contributed to the IPCC’s Third Assessment (as a lead author) and Fourth Assessment (as a review editor) and he was a coordinating lead author of the chapter on urban areas in the Fifth Assessment (Working Group II). He has authored many papers on climate change adaptation in urban areas and edited two books on this topic (Cities on a Finite Planet; Towards Transformative Responses to Climate Change, co-editor with Sheridan Bartlett, Routledge, London, 2016 and Adapting Cities to Climate Change: Understanding and Addressing the Development Challenge (co-editor with Jane Bicknell and David Dodman).

Whose lives are most at risk in urban areas of the global South – for instance from preventable diseases and disasters? And what are the most serious risks they face? We need a fuller picture/better data/more evidence on urban risk to inform governments and aid agencies and to guide their investment in risk-reducing infrastructure and services (such as safe, sufficient, affordable water, and good-quality sanitation, electricity, healthcare and waste collection).

For much of the world's 2.5 billion urban dwellers living in Africa and Asia, and for many in Latin America, there is surprisingly little information on the most serious health risks they face.

So responses from urban governments and from national governments and international agencies that are meant to help address these are operating blind; there is little or no local data on the most serious health risks and their causes.

Where are the blind spots?

The lack of health data on informal settlements makes it impossible to plan and implement much needed upgrading programmes and effective disaster risk reduction and climate change adaptation.

We get some sense of the scale of the health issues from household surveys (such as the demographic and health surveys), which show very high infant, child and maternal mortality rates "for urban areas" in many African and Asian nations.

But for practical action, this kind of information is needed for each urban centre, district or ward – on what the problems are, where they are and who is most impacted.

Civil servants, politicians and civil society groups working at neighbourhood, ward, district and city levels may have some sense of the most serious health problems, based on their experience and on the concerns raised by the population within their jurisdictions.

But responses are often ill-focused, without data to guide their policies and to present to higher-ups.

Lack of data for informal settlements

The availability of data is worst in the informal settlements that now house around a billion urban dwellers – and in many cities, house more than half the total population.

In Nairobi, the African Population and Health Research Center (APHRC) has shown that aggregate figures for infant and under-five mortality rates for the city hide the much higher rates in informal settlements.

Recent papers in The Lancet are also highlighting the lack of relevant data. But few city governments (or national governments) collect data on health problems in informal settlements.

It is possible to consider 'everyday' risks, risks from small and large disasters, and climate change using the same metrics – their contribution to premature death, illness and injury, damage to or destruction of homes and assets.

Everything that has impoverished, harmed or killed an individual or individuals in a city can in theory be recorded. This evidence can guide policy and implementation, especially for the city or municipal governments that are responsible for providing most risk-reducing infrastructure (such as safe, sufficient, affordable water; good-quality sanitation and electricity; all-weather access roads; and street lighting) and risk-reducing services (including healthcare, household waste collection, emergency services, rule of law/policing, and road traffic management).

Among all the hazards facing urban populations, all the vulnerable groups, all the risks and all the factors that cause or influence these, what needs highlighting?

The first is the huge scale of premature death, illness, injury and impoverishment that remains hidden because these are not recorded and are not even seen as outcomes of risk by many actors.

The second is how much more serious this is in most informal settlements. The third is how effective risk reduction depends on the quality and capacity of local governments, including their capacity to listen to and work with those most at risk.

Assessments of risk for urban areas usually leave out the largest risk; the risk of premature death or serious impairment by illness from infectious and parasitic diseases.

It is likely that in most informal settlements, certain infectious and parasitic diseases will figure among the largest risks of premature death or impairment from illness. It is also likely in many cities that particular infectious and parasitic diseases are the highest risk for entire city populations – but with considerable differences in the scale of the risk by district and by income group.

It is likely that infant, child and maternal deaths represent a very high proportion of all premature deaths, concentrated in settlements where provision for risk-reducing infrastructure and services is worst.

What needs to happen?

Data on large disasters for cities (including the number of deaths) are recorded, although here it is difficult to get data for each urban centre that is impacted.

But data on disasters seldom include attention to disasters too small to be classified as a disaster (typically 10 or more deaths/or 100 or more people affected and/or a declaration of a state of emergency/call for international assistance) – that when taken together are the cause of so much premature death, injury and impoverishment.

For those residents well served by risk-reducing infrastructure and services, many of the most common causes of premature death disappear – including infant and child deaths from diarrhoea and acute respiratory infections, and deaths from extreme weather events.

A good healthcare system should also remove TB and HIV/Aids from leading causes of death. Good provision for pedestrians and cyclists, and public transport and good traffic management can dramatically cut deaths and injuries from road traffic accidents.

Changing perceptions, changing priorities: why is it that higher levels of government and international agencies give so little attention to this?

Why is there so little funding for effective city-wide provision for water, sanitation, drainage and solid waste removal? Why are the data needed on risk and its causes not available for each urban centre and its districts, wards and neighbourhoods?

Enhancing the information base: all urban centres need an information base on the main causes of premature death (perhaps especially for infants, children, youth and mothers), serious illness, injury and impoverishment that can be made available for each small area (or if possible each street) and that can be mapped to show where each risk is concentrated.

Census data should be able to provide some data on health determinants (such as quality of provision for water and sanitation) even if only available every 10 years. It should be seen as a public good, with census authorities providing local governments with data on conditions in their jurisdiction, down to each street.

Vital registration systems need to be set up or restored so they can provide data on deaths, causes, age and location. Data from these should be available not only to local governments but also to citizens and civil society groups, and of course with census or survey data also guaranteeing the anonymity of respondents.

Then there are the detailed surveys and maps of informal settlements undertaken in hundreds of cities by slum/shack dweller federations. These provide much of the data needed to inform risk reduction and engage local populations in setting priorities and acting on them.

This post was first published on the IIED blog. You can read the original version here: https://www.iied.org/urban-risks-where-are-top-five-biggest-blind-spots. It is the first of three blogs drawn from the editorial in the April 2017 issue of the international journal Environment & Urbanization. This issue focused on 'Understanding the full spectrum of risk in urban areas' and was prepared in partnership with Urban Africa Risk Knowledge (Urban ARK). The second blog was on 'Addressing the needs of vulnerable groups in urban areas' and the third was on 'Reducing risks in urban centres: think 'local, local, local'.