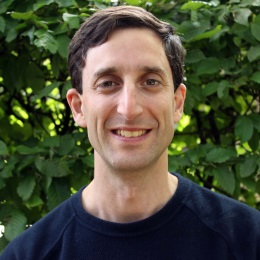 How many deaths have been caused by earthquakes throughout history? Tens of millions? Millions? Hundreds of thousands? The answer, perhaps, is close to zero.

This response sounds odd. We remember Haiti’s devastation in 2010. Christchurch, New Zealand has not recovered from 2011. Italy, too frequently, has been in the news as rescuers go in after tremors and, sadly, sometimes come out without success. It seems disrespectful to those who died and to those who survived to claim that the earthquakes did not cause the deaths.

Let’s examine more closely what happened during these quakes. Haiti was known to be seismically active. Buildings, from dwellings for the poor to hotels, collapsed due to shoddy construction. Nearly two-thirds of the 185 Christchurch deaths occurred in one badly designed building. Despite Italy’s long history of fatal earthquakes, many structures are not retrofitted.

We know how to design and build all types of structures—bridges, homes, apartments, schools, hospitals, and office blocks—to withstand earthquakes. Sometimes we do and sometimes we don’t.

On 11 March 2011, a massive, shallow earthquake off Japan’s east coast sent high-rises swaying hundreds of kilometres away in Tokyo and rocked nuclear power plants. The earthquake’s damage was low thanks to exceptional engineering. The tsunami was another story, for both people killed and Fukushima.

We can choose how nature’s forces affect us. Too often, others make the choice for those affected by increasing their vulnerability.

Haiti achieved independence in 1804. Foreign interference marked the two centuries which followed. France demanded post-independence reparations, wrecking Haiti’s economy. The US occupied the country from 1915-1934. A father-son team of externally supported brutal dictatorships dominated after WWII. The Haitian people barely had an opportunity to control their own affairs, including building codes and seismic resistance.

The 2010 earthquake shattered a country wracked by two hundred years of poverty, exploitation, oppression, and underdevelopment. It took this long to create the overpopulated slums and the swathes of poorly engineered or non-engineered structures which crumbled in less than a minute of shaking. Haiti being the poorest country in the Western hemisphere was the cause of death of over 250,000 people, not the tremors.

Around the world, causes of earthquake deaths are shown to be corruption, lack of planning and building regulations, poor monitoring and enforcement of existing rules, inadequate construction, siphoning of funds, exploitation by an élite, and poverty creation. Seismicity is low down on the list of factors correlated with earthquake fatalities.

So people will continue to die in earthquakes. These deaths are caused by human, not natural, factors. The challenge is not about dealing with the earth shaking, but with ourselves.

This post was first published on the Mendeley Blog. You can read the original version here: https://blog.mendeley.com/2017/05/11/what-a-disaster-but-this-pint-of-science-blog-post-isnt-one/