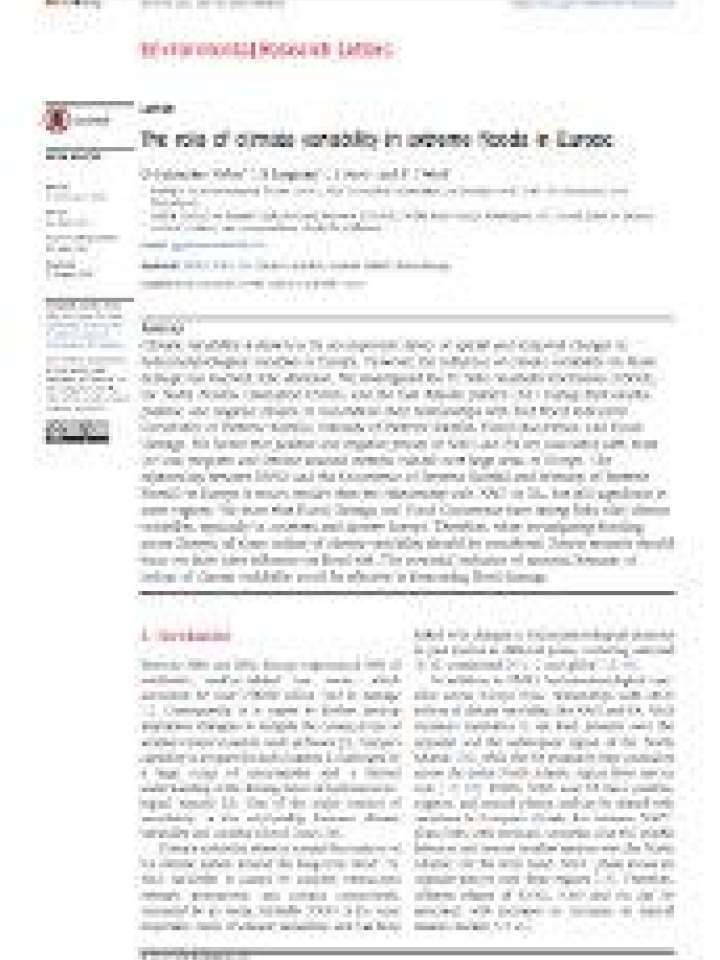 Climate variability is shown to be an important driver of spatial and temporal changes in hydrometereological variables in Europe. However, the influence of climate variability on flood damage has received little attention. The researchers investigated the El Niño Southern Oscillation (ENSO), the North Atlantic Oscillation (NAO), and the East Atlantic pattern (EA) during their neutral, positive, and negative phases, to understand their relationships with four flood indicators: Occurrence of Extreme Rainfall, Intensity of Extreme Rainfall, Flood Occurrence, and Flood Damage.

This article finds that positive and negative phases of NAO and EA are associated with more (or less) frequent and intense seasonal extreme rainfall over large areas of Europe. The relationship between ENSO and the Occurrence of Extreme Rainfall and Intensity of Extreme Rainfall in Europe is much smaller than the relationship with NAO or EA, but still significant in some regions. It shows that Flood Damage and Flood Occurrence have strong links with climate variability, especially in southern and eastern Europe.