Migration as adaptation to environmental and climate change: The case of Kenya 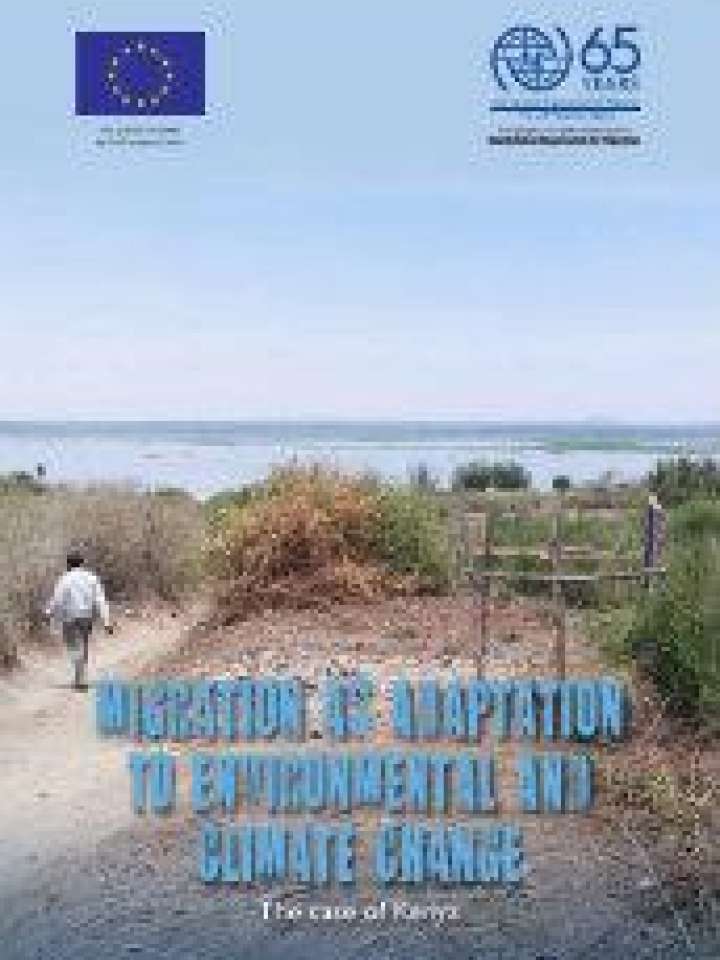 In the framework of the European Union–funded Migration, Environment and Climate Change: Evidence for Policy (MECLEP) project, this report presents the findings of the household survey and qualitative interviews conducted in Kenya. The study investigates to what extent migration can be seen as an adaptation strategy to environmental and climate change in the country.

Kenya is strongly affected by floods, drought and riverbank erosion, which clearly influence human mobility in the country. According to the survey’s findings, migration often turns out to be a positive adaptation strategy in the country, especially when it facilitates the acquisition of skills and knowledge within migrant households and when remittances increase the household’s income. However, the findings also point out that access to services (such as water, education, health, employment and security) is often poorer among migrant households, and that migrants encounter obstacles in integrating in the receiving communities, such as being subject to a higher number of security incidents and facing more discrimination in accessing employment and social services than non-migrant households.

This report suggests that environmental and migration policies should be reviewed to comprehensively include the migration and environment nexus, while plans and strategies should be developed to increase the resilience of communities affected by environmental and climate change, especially in relation to migration.  Among the proposed recommendations, it is highlighted that policy and guidelines on early warning systems should be enhanced. Moreover, social protection plans should be reviewed to be more inclusive, and community members (of both sending and receiving areas) should be increasingly involved in the development of adaptation and integration strategies.