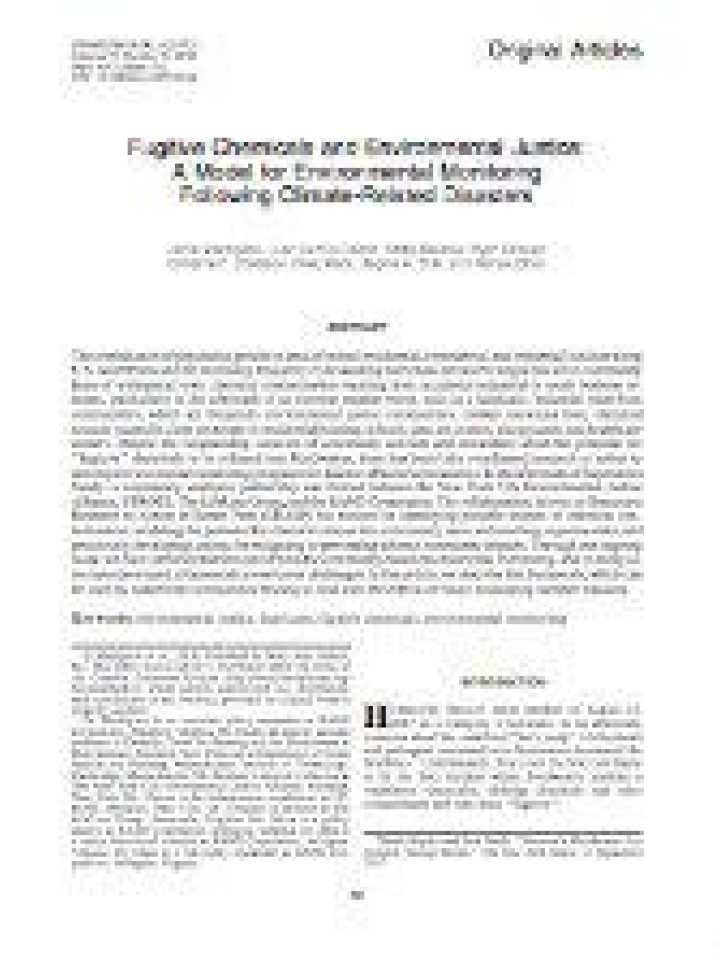 The combination of population growth in areas of mixed (residential, commercial, and industrial) land use along U.S. waterfronts and the increasing frequency of devastating hurricanes and storm surges has led to community fears of widespread toxic chemical contamination resulting from accidental industrial or small business releases, particularly in the aftermath of an extreme weather event, such as a hurricane. Industrial waterfront communities, which are frequently environmental justice communities, contain numerous toxic chemical sources located in close proximity to residential housing, schools, daycare centers, playgrounds, and healthcare centers.

Despite the longstanding concerns of community activists and researchers about the potential for ‘‘fugitive’’ chemicals to be released into floodwaters, there has been little coordinated research or action to develop environmental monitoring programs for disaster-affected communities. In the aftermath of Superstorm Sandy, a community-academic partnership was formed between the New York City Environmental Justice Alliance, UPROSE, The LifeLine Group, and the RAND Corporation. The collaboration, known as Grassroots Research to Action in Sunset Park (GRASP) has focused on identifying possible sources of chemical contamination, modeling the potential for chemical release into community areas and resulting exposure risks, and proactively developing actions for mitigating or preventing adverse community impacts.

Through ongoing work, barriers and drivers for community-based environmental monitoring have been identified, and in doing so, a framework to overcome challenges has been developed. This article describes this framework, which can be used by waterfront communities bracing to deal with the effects of future devastating weather disasters.