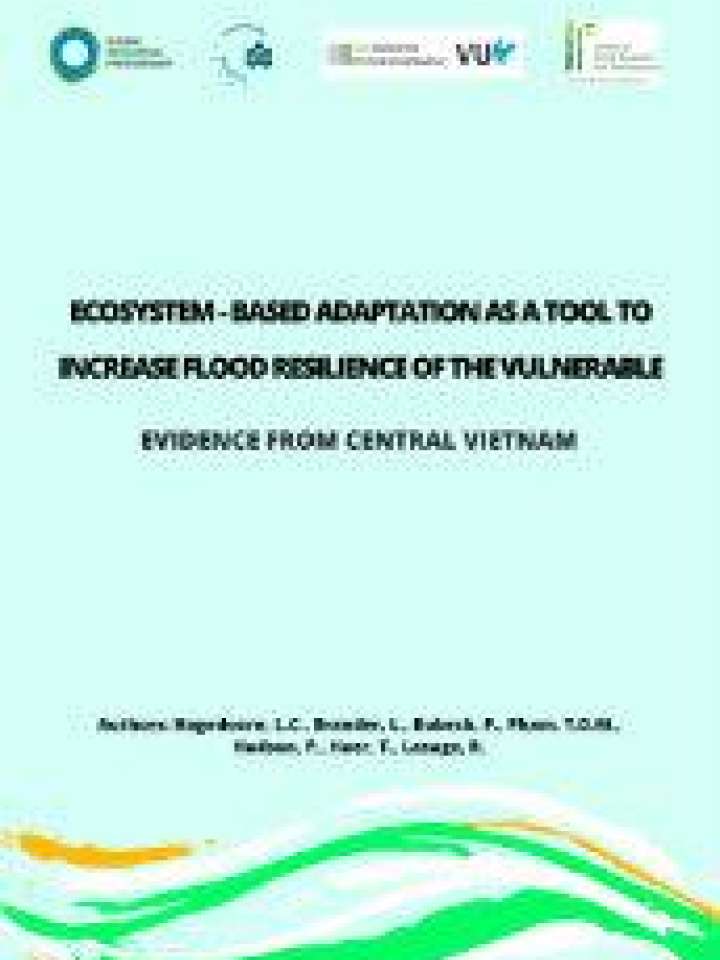 This policy brief describes the use of ecosystem-based adaptation as a tool for strengthening flood resilience in Vietnam. EbA is a more inclusive approach that takes into consideration vulnerable groups, whose livelihoods directly depend on natural resources, and make it a possible means to strengthen their position by offering multiple benefits. These measures also seem promising to help achieve Sustainable Development Goals (SDGs) 5 (Gender equality), 10 (Reduced inequalities) and 13 (Climate Action).

Floods are amongst the most devastating natural disasters, especially in Asia. Sea-level rise, changing rainfall patterns due to climate change as well as rapid urbanization result in increased flood risks at Asia’s coasts and inland areas. Developing countries are especially vulnerable to floods due to their limited capacity to prevent and absorb disaster effects. Furthermore, within developing countries the poorest people are often the most vulnerable, as they live in the most threatened locations and struggle to adapt due to income constraints. Women present another vulnerable group, because they commonly experience disadvantages in social, cultural, economic and political domains as well as legal status and opportunities. These socio-cultural circumstances lead to increased deaths among women during floods, and higher poverty rates due to more unemployment and a lack of basic rights. Moreover, women face more psychological stress during and after a disaster due to the women’s caretaker role.

To limit the impacts of floods, ‘structural measures’, such as dikes or reservoirs, are the main focus of flood management in many regions within Asia, including Vietnam. However, these measures are often associated with negative impacts on the environment, on which especially poor and vulnerable communities depend on. A useful and complementary approach is Ecosystem-based Adaptation (EbA).