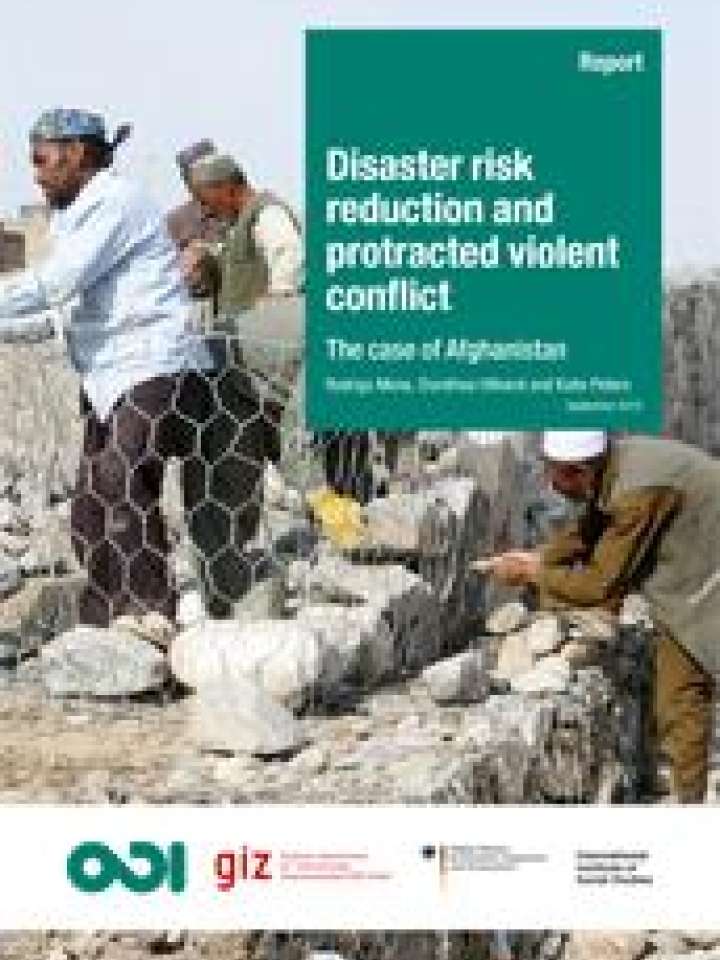 While technical experts and donors profess an ambition to adapt conventional disaster risk reduction (DRR) approaches to conflict contexts, they struggle to overcome the long-held perception that this is not a viable option. Conflict can undermine national disaster risk governance and the implementation of DRR strategies, and conflict contexts are often considered too difficult an environment in which to deliver DRR. In such conditions, disaster risk management is likely to be a low government priority, with action limited to protection and response.

Afghanistan presents a contrasting picture, where a national strategy has been formulated that includes explicit consideration of the conflict environment. As part of the strategy, some local DRR interventions are linking with conflict prevention ambitions.

Afghanistan is one of the most disaster-prone countries in the world, with nearly all of its 34 provinces affected by at least one natural disaster over the past 30 years. As well as the high toll of death and displacement due to disasters, thousands have been injured, killed or forced to flee their homes as a result of the country’s longstanding conflict. DRR has become a major concern for international donors and the Afghan government over the past decade.

This study explores how DRR initiatives and projects are being linked with conflict prevention, ‘do no harm’ principles and peacebuilding efforts to show that it is possible to mitigate against natural hazards, while also seeking to reduce the risk of conflict. The study also strikes a note of caution that, while DRR is possible, it requires long-term, dedicated effort and continuous monitoring.