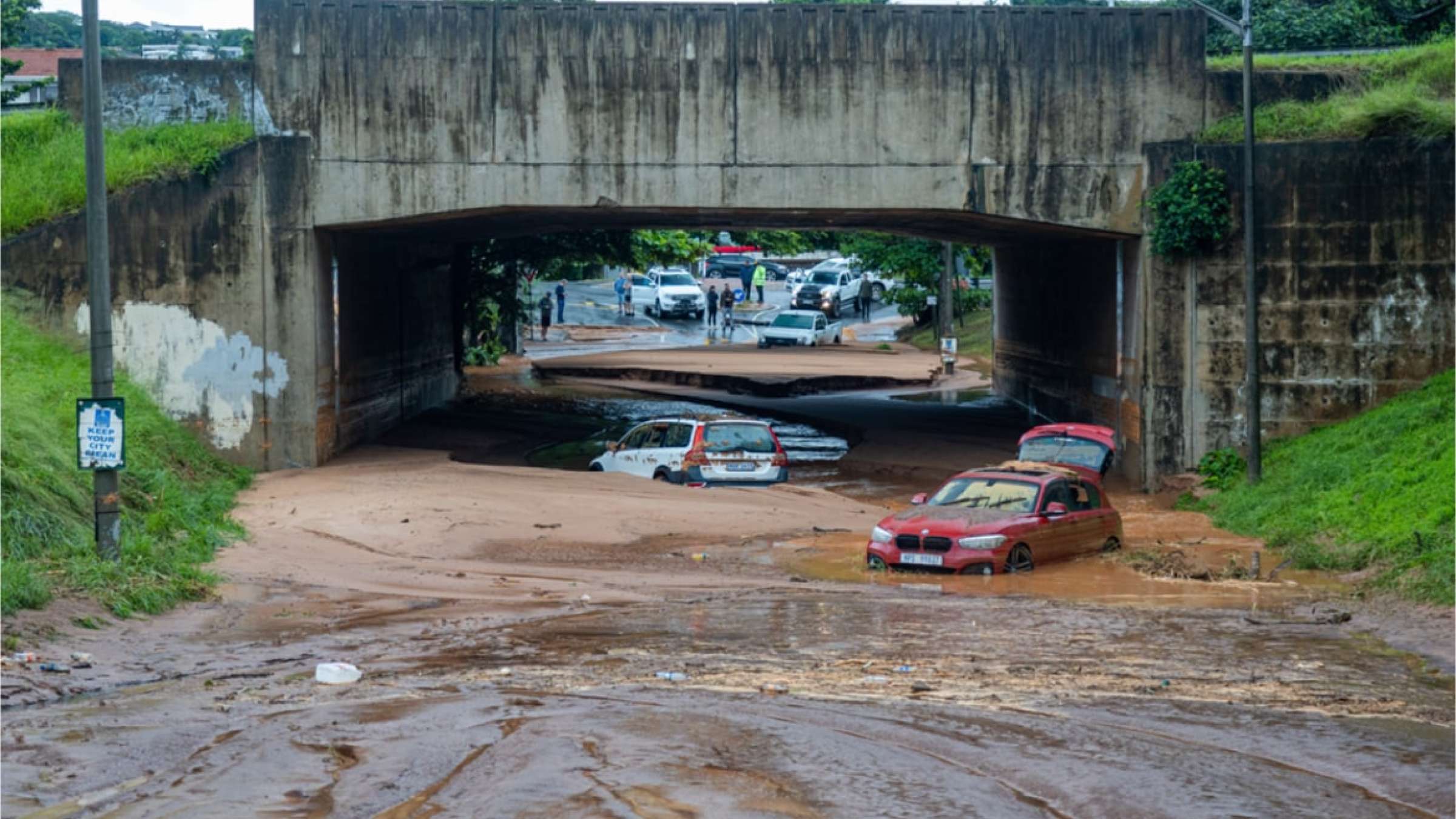 South Africa, the continent's most industrialised country, has largely escaped the tropical cyclones that regularly hit its neighbours.

But last week, storms pummelled the east coast city of Durban, triggering heavy floods and landslides that killed more than 440.

Meteorologists say the storms were not tropical.

Instead, the rains were part of a normal South African weather system called a "cut-off low" which can bring heavy rain and cold weather.

"Cut-off low pressure systems are common. Their frequency becomes high during autumn and spring seasons, and they are differing in strength," said Puseletso Mofokeng with the South African Weather Service.

If the storm system itself is a known phenomenon, the difference this time was the intensity of the the deluge.

Here, experts point the finger at climate change—warmer seas charge the atmosphere with more moisture, which then gets dumped as rainfall.

Durban experiences floods every year, but not as severe as these.

The city is built on a hilly area with many gorges and ravines—a topography that University of KwaZulu-Natal urban planner Hope Magidimisha-Chipungu says is conducive to floods.