A volcano is erupting again in Iceland. Is climate change causing more eruptions? 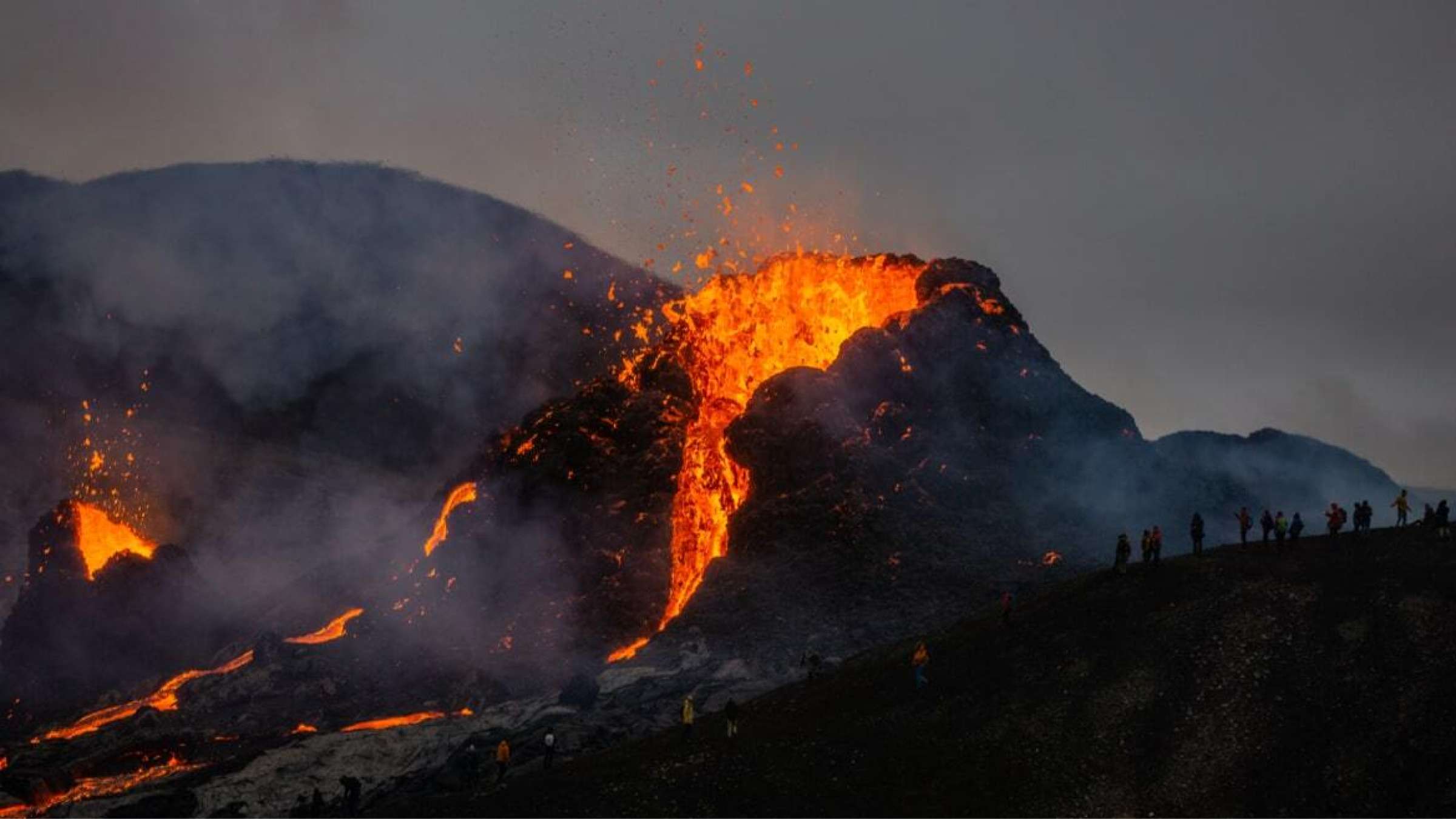 The Fagradalsfjall volcano in Iceland began erupting again on Wednesday after eight months of slumber – so far without any adverse impacts on people or air traffic.

The eruption was expected. It’s in a seismically active (uninhabited) area, and came after several days of earthquake activity close to Earth’s surface. It’s hard to say how long it will continue, although an eruption in the same area last year lasted about six months.

Climate change is causing the widespread warming of our land, oceans and atmosphere. Apart from this, it also has the potential to increase volcanic activity, affect the size of eruptions, and alter the “cooling effect” that follows volcanic eruptions.

Any of these scenarios could have far-reaching consequences. Yet we don’t fully understand the impact a warming climate could have on volcanic activity.

But why is this the case? Well, as glaciers and ice sheets melt, pressure is taken off Earth’s surface and there are changes in the forces (stress) acting on rocks within the crust and upper mantle. This can lead to more molten rock, or “magma”, being produced in the mantle – which can feed more eruptions.

The changes can also affect where and how magma is stored in the crust, and can make it easier for magma to reach the surface.

Magma generation beneath Iceland is already increasing due to a warming climate and melting glaciers.

The intense ash-producing eruption of Iceland’s Eyjafjallajökull volcano in 2010 was the result of an explosive interaction between hot magma and cold glacial melt water. Based on what we know from the past, an increase in Iceland’s melting ice could lead to larger and more frequent volcanic eruptions.

But what about volcanic regions that aren’t covered in ice – could these also be affected by global warming?

Possibly. We know climate change is increasing the severity of storms and other weather events in many parts of the world. These weather events may trigger more volcanic eruptions.

On December 6 2021, an eruption at one of Indonesia’s most active volcanoes, Mount Semeru, caused ashfall, pyroclastic flows and volcanic mudflows (called “lahars”) that claimed the lives of at least 50 people.

Local authorities hadn’t expected the scale of the eruption. As for the cause, they said several days of heavy rain had destabilised the dome of lava in the volcano’s summit crater. This led to the dome collapsing, which reduced pressure on the magma below and triggered an eruption.

Signals of volcanic unrest are usually obtained from changes in volcanic systems (such as earthquake activity), changes in gas emissions from the volcano, or small changes in the shape of the volcano (which can be detected by ground-based or satellite monitoring).

Predicting eruptions is already an incredibly complex task. It will become even more difficult as we begin to factor in risk posed by severe weather which could destabilise parts of a volcano.