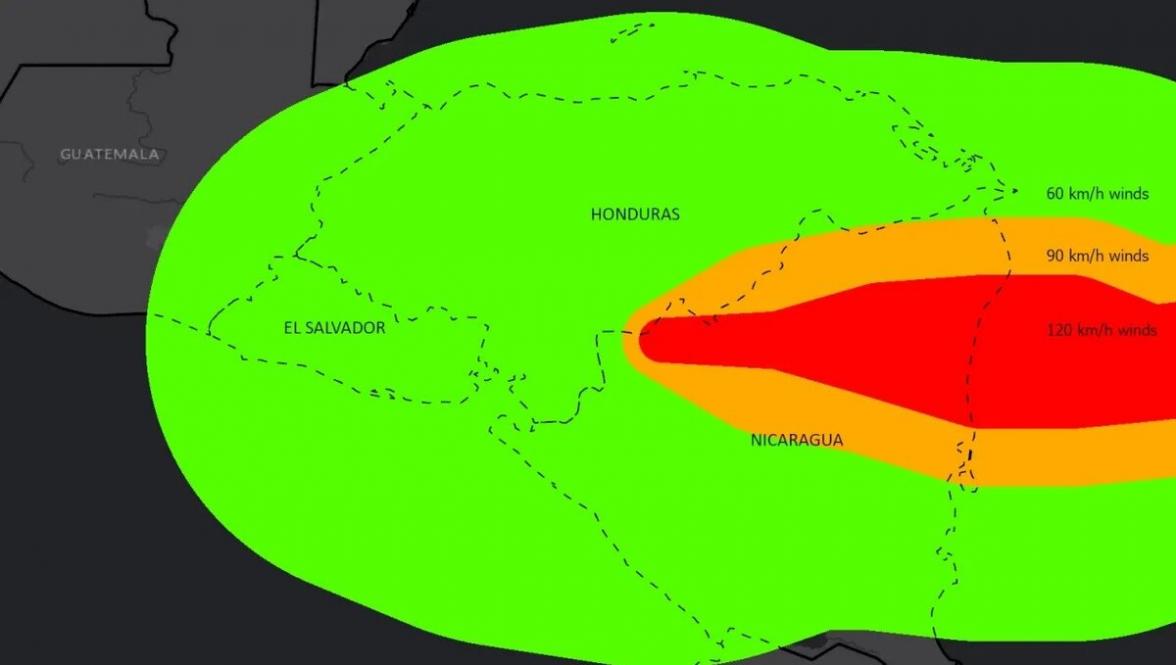 Hurricane Iota walloped Nicaragua last week with Category 4 winds of 155 miles per hour. The storm, which Nicaragua’s government declared the strongest ever to hit the nation, came on the heels of the devastating Hurricane Eta. Eta struck Nicaragua on November 3 and killed at least 178 people in Central America.

Iota’s current death toll stands at more than 60 people, but more than a dozen people more remain missing. The two storms cap off what has been a record-setting hurricane season, with 30 named storms. The previous record was in 2005, with 27 named storms.

Direct Relief’s Research and Analysis team tracked the storm’s path and compiled population data to better understand which communities would be most at-risk in the aftermath of the storm, when disruptions to ongoing care for chronic conditions could take place. These post-storm deaths often exceed deaths during the event itself, including for Hurricane Katrina, according to autopsy reports from Louisiana.

“Health care disruption is now a growing contributor to both morbidity and mortality in natural disasters,” according to a 2018 report in the New England Journal of Medicine that analyzed the total death toll of Hurricane Maria in Puerto Rico.

Assessing Nicaraguans who would bear the brunt of the storm, Direct Relief used population data from the Humanitarian Data Exchange, which is run by the UN Office for the Coordination of Humanitarian Affairs. This information was then overlaid with storm data from the UNITAR Operational Satellite Applications Programme.

Diabetes is an example of a chronic disease that could place patients in acute danger after a disruption to health care services. Patients need access to insulin, which must be kept cool, thus necessitating an electricity source.

According to the WHO, about 8% of Nicaraguans have diabetes, a figure that is 10.5% in the United States. Thus, it can estimated that about 65,000 people in the highest wind areas have diabetes, including 2,340 people over 60 years old. Nicaragua’s government reported that over 62,000 people were evacuated into shelters. The pandemic further complicates the response, since those in shelters are at greater risk of contracting Covid-19.

“If you forecast that out two weeks to one month after the storm hit, as far as what are going to be issues with recovery, these data represent the biggest factors of where morbidity comes from in vulnerable populations,” said Andrew Schroeder, vice president of Research and Analysis at Direct Relief.

By understanding how many people might be at risk during a natural disaster, Direct Relief is better able to apportion critical medicines and medical supplies in preparation for requests from local safety net healthcare providers and public health officials.

Learning from recovery after hurricane Mitch: experience from Nicaragua

Between two storms: Caribbean braces for hurricanes in coronavirus era