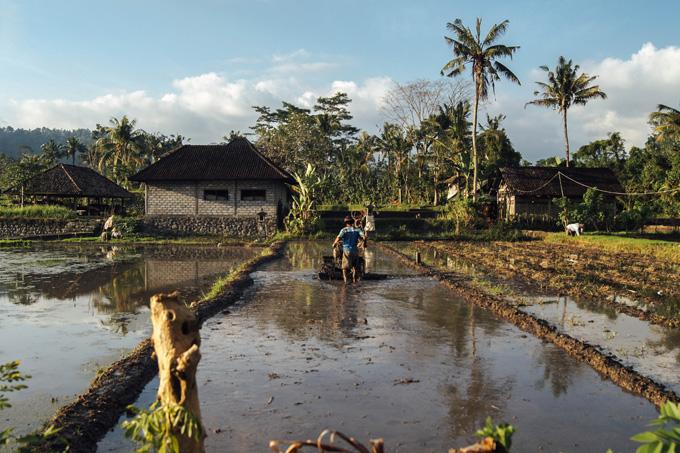 Rome — Poor farmers can obtain significant economic gains and other benefits by implementing modified farming practices aimed at boosting their ability to cope with disasters and natural shocks, according to a new FAO study released today.

Many of the "disaster resistant" farming innovations - assessed by FAO through multi-year trials on over 900 farms in 10 different countries - are within easy reach of poor farmers and do not require substantial investment. What is more, these innovations did not merely act as a buffer against disaster damages - in most cases, they significantly improved farm yields and financial gains even in the absence of any natural disasters.

Examples  include a range of low cost options for disaster risk reduction that range  from nature-based solutions, such as planting mangrove to protect coastal areas from floods, to the use of flood resistant rice varieties, to shifting to the installation of  rooftop water collection and irrigation systems.

"The study makes clear that in most cases, disaster risk reduction (DRR) efforts on the farm make good economic sense: that investing in DDR early can save many dollars that would otherwise be spent on post-disaster rehabilitation," said Dominique Burgeon, Director of FAO Emergency and Resilience Division, in the foreword to the report. "Moreover, farm-level DRR good practices are often "no-regret" measures - meaning that they prove effective in providing added benefits even in the absence of hazards".

FAO's study is intended to guide farmers in making choices to manage risk as well as to inform policy-makers.

In particular, the study reveals that the good practices assessed have considerable potential to reduce the damages wrought on developing world agriculture by smaller-scale, lower-intensity disasters. While capturing less attention than large-scale disasters, hazards like dry spells or cold spells recur more frequently and represent a constant and significant problem for the 2.5 billion people on the planet who rely on small-scale agriculture.

On average, the DRR practices analysed in the study generated benefits 2.2 times higher than practices previously used by farmers, the report said. Benefits included both increases in agricultural production as well as avoided hazard-associated risks.

The average benefit-cost ratio for DRR practices was 3.7 in hazard scenarios, meaning that for every dollar invested in DRR the farmer achieved $3.7 in terms of avoided loss or return. Under non-hazard conditions, this indicator rose even further- up to $4.5 returned.

Such practices can prevent economic losses at household level, with immediate and palpable benefits to the lives of billions of people, and can also deliver economic benefits at the regional and national levels, the report says.

Greater upfront investment in anticipatory disaster risk reduction measures represents a better use of resources than costly post-disaster spending on reconstruction and recovery, the report says, calling for DRR in agriculture to move beyond smaller-scale pilot projects to much wider implementation.

It indicates two main paths to do this. The first is through farmer-to-farmer replication - when farmers in a community or region begin to adopt new techniques after observing the benefits their neighbors gained when doing so. This often requires very little investment or institutional support. The second path is mainstreaming DRR through large-scale efforts in which government and private sector support will be required to promote uptake of good practices at scale.

Crucially, both pathways depend on good infrastructure, adequate investment and an enabling environment. Agricultural development policy, planning and extension work should treat disaster risk reduction as a priority, the report stressed.

"Disaster risk reduction at farm level: Multiple benefits, no regrets" was presented at a side event at the start of the UNDRR Global Platform on Disaster Risk Reduction (Geneva, 13-17 May).

Another recent FAO analysis highlights the need to invest more in development interventions aimed at managing disaster risks and building up resilience in agricultural sectors. Only nine percent of overseas development assistance was found to have gone to risk reduction measures in agriculture and furthermore most of that investment happened after disasters had struck, as part of rehabilitation efforts.

Photo by Levi Morsy on Unsplash

Gender research in IPM: Women’s empowerment as a key to unlocking food security