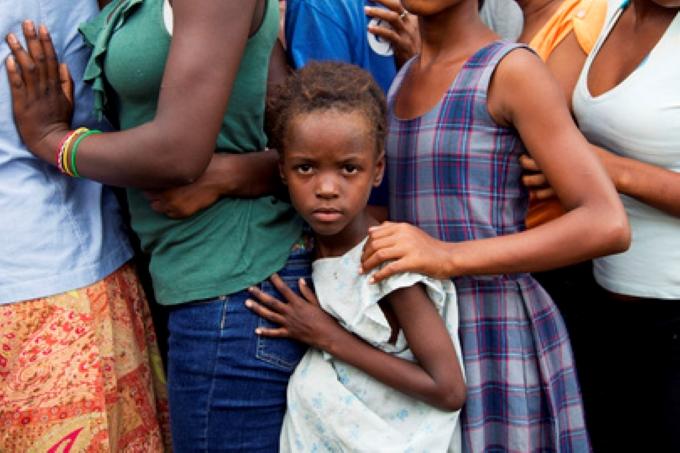 March 8 is International Women’s Day (IWD). It’s a day to celebrate the achievements of women and to highlight the ongoing struggle in achieving equal rights for women across the globe.

The theme of the United Nations’ observance of #IWD2019 is particularly resonant at RMS: “Think Equal, Build Smart, Innovate for Change.” Given the discriminatory impact from catastrophes, where the vulnerable in society suffer the most, this theme is especially relevant to our mission to increase resilience to disasters.

Natural disasters have disproportionately killed women and girls. Cyclone Gorky, which hit Bangladesh in 1991, caused 140,000 deaths. The gender fatality ratio in this event was approximately 14:1. In other words, this cyclone killed 14 women for every man. Similarly, in the 2004 Indian Ocean Tsunami, 70 percent of the 250,000 fatalities were women.

What causes this differential in death rates? Why is a woman more likely to die in a disaster than a man?

One candidate answer is simple: women’s relative unwillingness to evacuate or seek appropriate shelter. Believing that shelters will not accommodate for their cultural needs or religious beliefs, women remain at home.

Not being able to swim is another probable cause of the differential. In some cultures, women are hampered by the lack of equal access to swimming lessons. In others, their ability to swim is hindered by traditional dress.

There are also local, event-specific reasons for the disproportion of female victims in disasters. For example, the 2004 tsunami hit Sri Lanka at the time when women on the east coast traditionally bathed in the sea.

Of course, the death rate attributable to a disaster is only one metric by which to measure the disadvantage faced by female populations. Even if they survive an event, women and girls are at greater risk than their male counterparts from post-disaster violence and exploitation. The 2010 Haiti earthquake offers an extreme example of this, with many reports of armed gangs targeting women and girls in displacement camps.

There are socioeconomic considerations too. A study of gender-disaggregated data from disasters between 1981 and 2002 in 141 countries concluded that death rates between women and men were less differentiated where economic and social rights were more equally distributed. Mortuary data shows negligible differences between male and female death rates after Hurricane Katrina.

That said, even in countries with more socioeconomic equality between genders, women still unfortunately face an increased threat of violence post-disaster. The rate of gender-based violence towards displaced women in Mississippi rose more than threefold during the year after Katrina.

What is being done to reduce the disproportionate vulnerability that women face during and post-disasters? And is it working?

Four years ago, the United Nations adopted the Sendai Framework. A legally-binding agreement between 193 sovereign states, it aims to substantially reduce the economic, physical, social, cultural and environmental impacts from disasters.

Remarkably, it is the first UN Disaster Risk Reduction (DRR) framework to explicitly include a gendered perspective. Indeed, the Sendai Framework couldn’t be clearer. “Women are critical to effectively managing disaster risk” and their participation is essential in “designing, resourcing and implementing gender-sensitive disaster risk reduction policies, plans and programs.”

The inclusion of gender-mainstreaming in DRR is an important development. It signals a broad realization that both gender-sensitive analysis of disaster impacts and the preparation of gender-responsive actions are critical to reducing disaster risk for all members of society.

But what does this realization mean in practice? How should we modify our approaches to ensure that the female voice is heard, that the role of women as providers of food, water and energy for their families is considered and women’s unique insight into the provision and maintenance of collective resources for the whole community is fully harnessed?

The key here is a consistent approach to the collection of gender-disaggregated data. Without it, the risks faced by both women and men during and after natural hazards cannot be fully understood. Without it, attempts to build gender-sensitive policies for resilience and preparedness will be hamstrung.

The good news is that efforts to collect and analyze gender-disaggregated data are increasing. However, through this very process, the complexity in attributing gender-differentiated vulnerability is becoming more apparent.

As noted earlier, experiences during disasters are highly localized and event specific. They are dependent not only on cultural, economic and political circumstances, but also the time of day or season during which the event occurs. This makes it very difficult to assess whether actions and investments designed to improve equality and reduce disaster risk for all members of a society are having the intended outcomes.

In the absence of comprehensive data, scientists often turn to models to help fill in the gaps.

Complexities remain, of course. However, by consistently applying gender-disaggregated vulnerability data we are addressing this knowledge gap; we are reducing gender inequality in disaster risk for the benefit of all.

In adapting to climate change, gender is on the global agenda

More about violence against women

Why we need to integrate gender equality and women’s empowerment in disaster recovery – and how to do it!