Unseen, unheard – the need to tackle gender-based violence in disasters 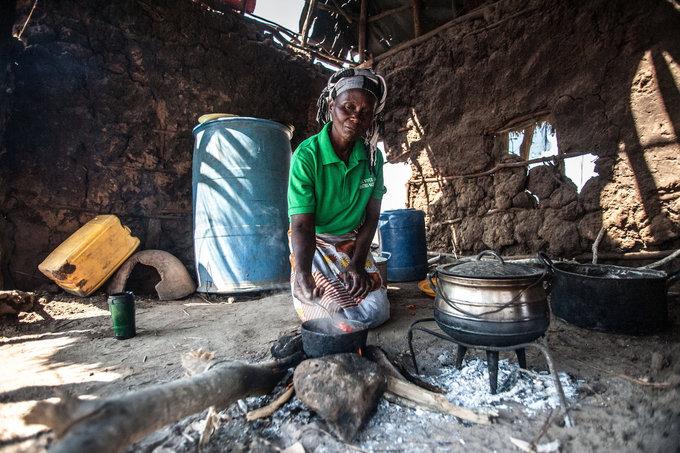 Rape, early marriage, domestic violence, forced trafficking and prostitution. We know these examples of gender-based violence (GBV) occur in everyday life regardless of cultural, socio-economic and political setting. We also know that GBV increases during times of conflict. However, what we have failed to acknowledge is that GBV increases during disasters, such as earthquakes, cyclones, floods and typhoons.

As we mark International Day of Disaster Risk Reduction it is important to ask the question, why does gender-based violence increase during disasters? Men, women, boys and girls lose their homes and livelihoods. The destruction of homes forces families to relocate to temporary shelters, which can be crowded, badly designed and can exclude important safety measures such as proper lighting, separate toilets for men and women with locks and police patrols who secure the area.

These exact conditions, combined with some male dominated shelter committees who controlled aid distribution, contributed to an upsurge of rape in post-earthquake Haitian IDP camps and forced some women and girls into giving sexual favors for access to basic services. Sometimes the perpetrators were the aid workers themselves.

The loss of livelihoods can also lead to forced migration and trafficking. After the 2015 Nepal earthquake, during the first two months alone, 245 children were intercepted from being trafficked. In New Zealand, police call-outs for domestic violence doubled after the February 2016 earthquake.

The International Federation of Red Cross and Red Crescent Societies (IFRC) recently published a study on how GBV was prevented and responded to during specific disasters in Samoa, Bangladesh and Myanmar. Results showed that displacement coupled with economic hardship often initiates increased tension in families and communities, sometimes resulting in heightened domestic violence. In all contexts, there were few real efforts to prevent or respond to GBV.

And it is not only women and girls who suffer. Men, boys, lesbian, gay, transgender and intersex (LBTI) individuals also experience violence during and after disasters, however, awareness on the issue is low and a lot of the data is anecdotal. After the 2010 Mt. Merapi Volcanic eruption in Indonesia, the waria, or transgendered community felt excluded from the overall response, avoiding evacuation centers for fear of discrimination and violence. Similarly, the Blue Diamond Society in Nepal, which works together with the LGBTI population, approached the IFRC to set up a separate transgender camp after the Nepal earthquake. It was well received by the transgendered population who chose to use it, as it became a safe space free of violence after the earthquake.

But where does our consistent failure to address GBV, during and after disasters, stem from? Part of the problem is the pervasive silence surrounding GBV from deep-rooted cultural and societal beliefs during non-disaster and peaceful times. In the cyclone prone Noakhali district of Bangladesh, when both male and female participants in a focus group discussion were presented with a hypothetical example of their daughter being raped, none of the participants said they would take their daughter to a physician nor would they report the rape to the police due to social stigma and fear of the daughter not being able to marry.

Another piece of the missing puzzle is that humanitarian actors do not do enough to prepare and prevent, but wait to see that GBV actually occurs before responding. It should be clear to all public authorities and humanitarian actors that different forms of GBV are occurring whether we hear about it or not. Whether we see it or not.

There are simple interventions that can aid in preventing GBV during disasters. Humanitarian actors should collect sex, age and disability dis-aggregated data during their assessments, which give crucial information for more accurate beneficiary registration, safe shelter design and more equitable relief distribution. Both governmental and non-governmental actors should have a list of essential services that remain functioning during disaster time, in case survivors need to access them. Humanitarian aid actors should have an internal code of conduct on prevention of sexual exploitation and abuse, which expects a standard of ethical behavior during all interventions. Simple tools such as the Inter-Agency Standing Committee (IASC) Guidelines for integrating GBV in humanitarian action, the HLP Area of Responsibility and the Safety section of the Minimum Standard Commitments to Gender and Diversity in Emergency Programming, can help with this.

Other interventions are behavior based and take a long time. They require working with men and boys at the community level and changing deeply held attitudes and beliefs about masculinity, how they should behave and what roles women and girls play in their lives. The same goes for changes at the policy level. There may be language in disaster and violence against women legislation to respond to gender and GBV related issues during disasters, but its implementation is often missing in practice. Regardless, what should be clear is that GBV does occur during disasters and it does increase. As public authorities and humanitarian actors, we have a responsibility to prevent it from happening and ensure that we respond when it does happen. It is the least we can do for survivors.

Minimum standard commitments to gender and diversity in emergency programming