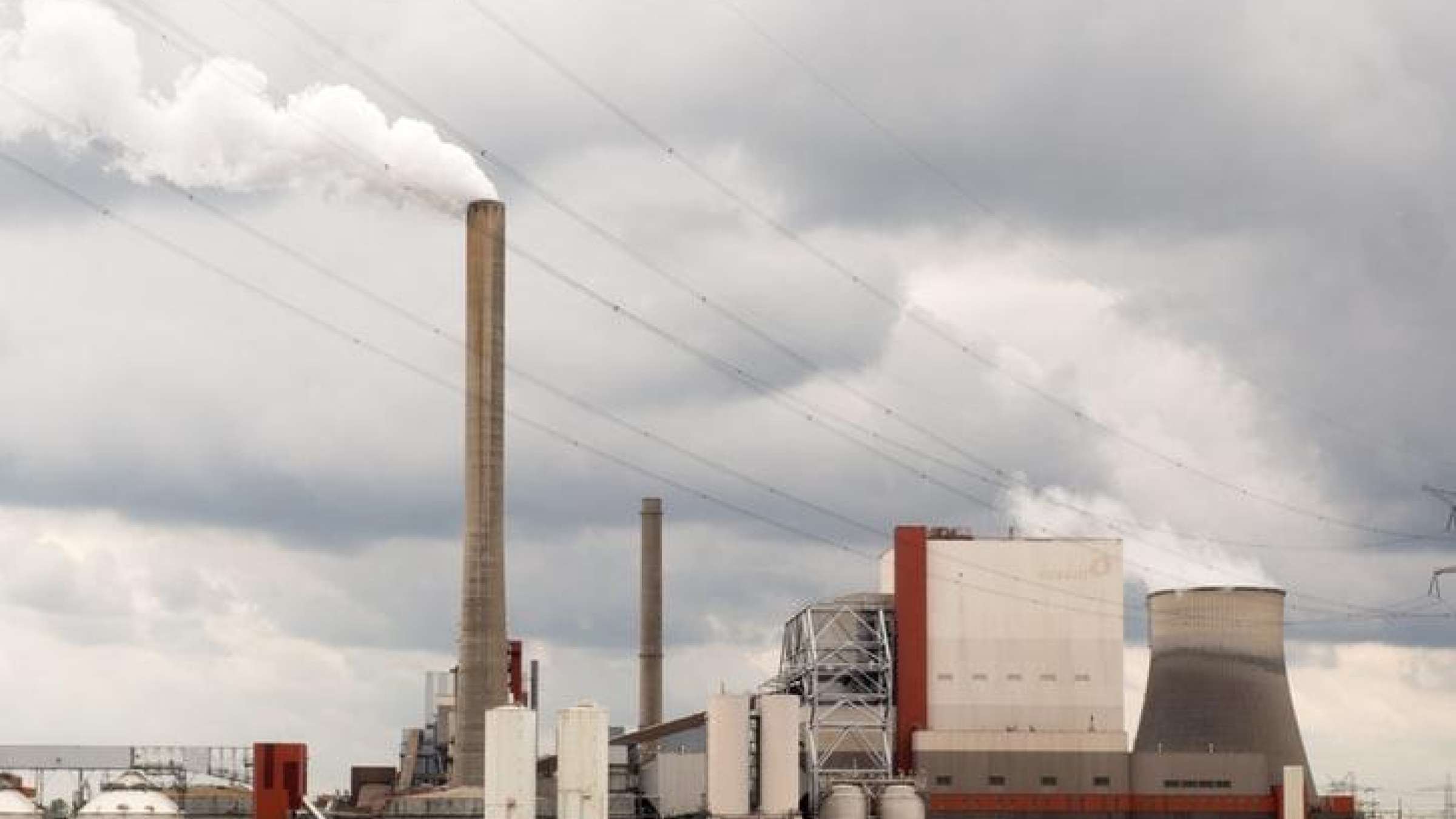 Uncontrolled releases of household, industrial, and agricultural chemicals during natural disasters pose an underappreciated hazard to humans and ecosystems. Here’s what we can do.

Fishing operations in the Gulf of Mexico face a variety of challenges that originate close to home: hurricanes, leakage from offshore oil rigs, and fishing practices that deplete populations, to name a few. However, they also deal with problems that arise thousands of kilometers away. Record flooding in the U.S. Midwest during 2018–2019 has washed everything from Chicago sewage to pesticides and fertilizers from Iowa cornfields down the Mississippi River, fueling algae blooms and the resulting dead zones in the Gulf of Mexico (and the Great Lakes).

This is just one example of how the uncontrolled release of household, industrial, and agricultural chemicals into the environment during natural disasters has become a significant, compounding impact of climate change. Large fluxes of petroleum and plastic-rich industrial waste, nitrogen-laden feedlot and human waste, and pesticide runoff, carried into the environment through the air, water, and soil, have the potential to meaningfully damage both ecological and human health.

These chemicals can be difficult to contain when a natural disaster damages storage containers and structures. However, the effort to control chemical discharges is necessary: The cumulative impact of these chemical releases has the potential to raise background levels of toxic substances in the environment all over the world.

A pervasive and growing problem

As the world observed after the radiation release from the Fukushima Daiichi disaster, human-made compounds introduced into the environment are possible to trace but are difficult to control or fully remediate. Data from Munich Reinsurance, a company that tracks worldwide natural disasters, show an increase in all forms of natural disasters over the past 30 years. Meteorological and hydrological catastrophes specifically have seen greater increases as the climate has warmed, with events growing from fewer than 300 per year in 1981 to more than 600 in 2017. This translates to an international increase in hurricanes, strong monsoons or flooding events, and droughts.

In 2018, we saw noteworthy, large-scale, unrestricted chemical releases after a number of different natural disasters. Unprecedented summer flooding in Asia, India, the East Coast of the United States, the Philippines, and Sudan mobilized fecal matter, chemical runoff, and highway refuse, washing compounds out to sea and mobilizing toxins in the water, soil, and atmosphere.

In the United States alone, over 860 cities use combined sewage overflow systems, which are designed to release untreated sewage into nearby water bodies during storm or flood events. These systems can release up to 700 million gallons of overflow per storm event. Research has shown that a quantity of E. coli released into a watershed after a flood event can double its levels in the water for up to 3 months, contributing to contamination of ecosystems and deterioration of human water resources.

In the fall of 2018, hurricanes in the American Southeast freed contained chemical effluent and feedlot waste pools into local ecosystems and the nearby ocean. Although reports on the quantity of chemical releases from 2018’s hurricanes are still coming out, we know that previous hurricanes in the American Southeast have released up to 10 million gallons of oil from in-ground storage systems. The U.S. Environmental Protection Agency also counted 65,000 empty hazardous waste containers found after Hurricane Katrina. Levels of lead and arsenic in hurricane floodwaters have been repeatedly documented to be above acceptable limits. These elevated levels can affect the well-being of returning residents, compromise the health of near-ocean ecosystems, and take an economic toll on fishing communities.

When summer fires destabilize a region’s topsoil, winter rains can carry both ash and chemicals downstream, affecting the chemical composition and baseline toxicity of the soil and watershed. In the case of recent California wildfires, the cascading impacts were as small as a change in the taste of regional wines and as large as chemical transports to glaciers thousands of kilometers away.

A cascading series of events

These documented cases illustrate that the cumulative impact of uncontrolled environmental chemical releases during natural disasters can create slow and steady increases in background environmental contaminations to well above current levels. A rise in background toxicity may carry significant long-term health risks for residents, including cancer, impaired reproduction, and immune system damage.

As hazardous chemicals move through soil, water, and air and into biota, the potential for toxic biomagnification and bioaccumulation increases. Bioaccumulation, the absorption of chemicals into fat tissue, increases the odds that chemicals released during a past event will move through the human and natural ecosystems for generations, being transmitted through breast milk or the consumption of fish and game, for example. The large quantity and range of chemicals released in uncontrolled quantities can leave a legacy of contamination, leading to long-term health impacts for both human and animal communities.

Although the U.S. Environmental Protection Agency and the European Environment Agency, among others, are making efforts to monitor and record chemical releases, further research and real-time geographically enabled data products are needed. Models that incorporate up-to-date data with geospatial mapping would enable efficient response from agencies and could be incorporated into existing monitoring programs.

Combining geospatial data with field sources or citizen science programs would allow for the development of a digital platform for tracking toxic releases, much like easily accessible weather tracking apps. There is a clear precedent for working together across agencies and scale—after Hurricane Irma, nearly 43,000 volunteers came forward to help those affected in Florida.

In addition to the on-the-ground resources, cohesive digital tools could help us understand the spread of toxins after a release while building a data-driven case for incorporating the protection of vulnerable facilities into national response plans. Integrating digitally enabled big data with applied Earth science and field monitoring can allow both the public and private sectors to plan for and reduce the long-term impacts of uncontrolled chemical releases.

Some of the greatest challenges of this century could emerge from the secondary and tertiary impacts of climate change, putting strains on global resources. Meeting these challenges requires governments and risk managers to streamline the process between identifying emergent climate risks and adequately responding. This, in turn, relies on prioritization of accessible, digitally enabled planning tools and systems-based science. Even as the world negotiates how to move forward with the Paris Agreement, these silent impacts of climate change will continue to multiply and compound.