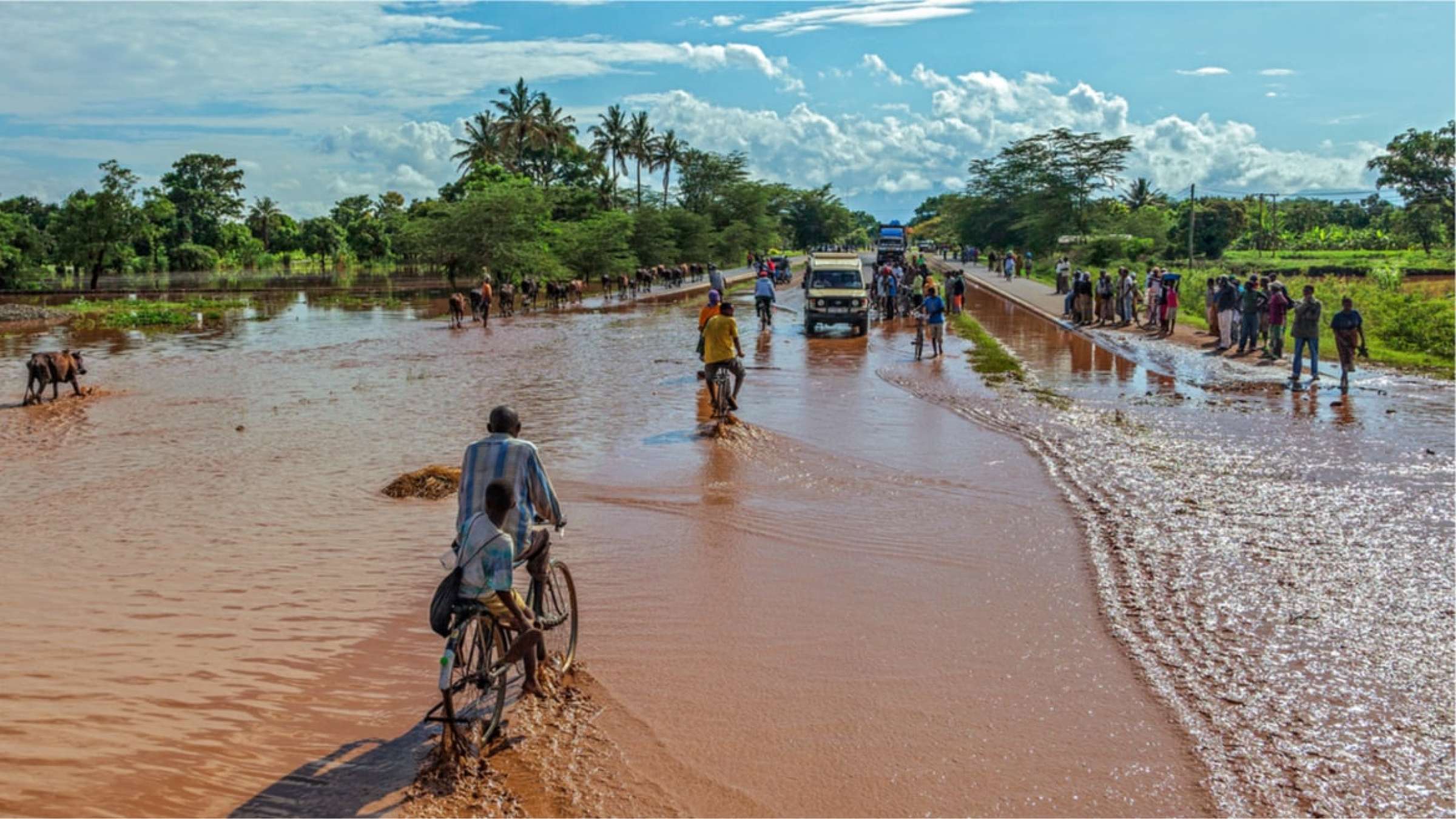 In many countries, critical data that is needed to inform strategies and policies around disaster risk management tends to be scattered across various stakeholders — and sometimes much of it exists on paper that is not readily accessible. This often leads to delays in rendering assistance where and when it is most needed, at times even resulting in the loss of lives.

In Malawi, where natural hazards such as floods are a frequent occurrence, this challenge exists. Whilst there are various disaster-related units spread out throughout the country, in practice they do not always work together. Instead, some units generally act within the limited scope of their mandates and based on whatever data is available to them.

However, the challenge not only pertains to information availability and coordination. One of the common questions that have surfaced surrounds how to make sense of varied related information in a timely and useful way to inform strategies and decision-making.

This was the impetus for a digital disaster risk management information system (DRMIS) that the United Nations Development Programme (UNDP) has been working with Malawi’s Department of Disaster Management Affairs (DoDMA) to develop.

Funded by the Foreign, Commonwealth & Development Office through a UN-led consortium called Promoting Sustainable Partnerships for Empowered Resilience (PROSPER), the system is designed to digitally record disaster-related information, make better sense of the data available, and provide more accurate data-informed insights on what action to take.

“Whenever a disaster strikes, data is paramount for informing effective response strategies. However, in Malawi like elsewhere, a nationwide data information system that enables players operating in the disaster space to record, track, access and analyse the information being collected promptly for decision-making has been non-existent,” said Charles Kalemba, the Commissioner for Disaster Management Affairs in Malawi.

For instance, DoDMA relies on a preliminary impact assessment conducted by the Civil Protection Committees at the district, area and village levels (and submitted through the District Commissioners’ offices) before deploying or allocating resources.

Notwithstanding, having all the data in a singular, accessible and shared system makes it more efficient for analysis, planning and coordinated response. Piloted in four districts (Balaka, Chikwawa, Mangochi and Phalombe), this digital system collates information from various sectors to better understand the affected communities and their needs immediately after a disaster.

Focusing on the end users

Designing such a system goes beyond ensuring data flows, it is important to consider the end users that will essentially determine the system’s optimization and long-term use. For this reason, much emphasis was placed on developing the system in a user-friendly and context-appropriate way. The design approach incorporates several digital design principles, including designing with the user in mind, understanding the problem and the context, and using open-source technology.

Considering potential internet outages due to disasters, one of the key features of this system is its offline mode which enables users to input data from the field without needing to connect to the internet. Once online, the data gets automatically uploaded into the system, feeding into a set of real-time interactive data visualizations that users can explore based on their areas of interest.

With disaster risk management, understanding who is doing what, where, when and for whom (the 5Ws) are all vital aspects to consider. In addition to having a functional system, getting insights on these 5Ws requires contextual, on-the-ground knowledge related to ways of operating. By adopting the cluster approach for coordinating in humanitarian emergencies, the system is strategically engineered with data pipelines for key reporting units and it is equipped to generate insights on priority clusters, such as shelter, sanitation, hygiene, among others.

Whilst relevant stakeholders typically conduct their field assessments, bringing all the data collected in a one-stop portal makes it more efficient for overlaying datasets to gain a more comprehensive understanding of a crisis. In this respect, accurate data is the lifeblood of an effective disaster risk management system.

To lessen arithmetic oversights (which are commonly made by data collectors in the field), as part of its design, the system includes a simplified calculation function. This helps to ensure a more accurate and realistic representation of assistance that is needed.

Scaling up to a nationwide system

Given its successful implementation in the four initial districts, there are plans to scale up the system to an additional five districts across Malawi and eventually transform it into a nationwide system. “We need to adopt an anticipatory approach by putting in place a data-driven disaster risk management system before the onset of a disaster. By doing so, we can start shifting away from solely being reactive — and instead start using the data to effectively plan and formulate policies that can cater to various communities across the country,” said Kalemba.

The team at UNDP Malawi is also exploring how to further contextualize the system based on the needs of the users, for example by enabling transparent reporting on resource allocation; reporting on the available supply of goods; and mapping the logistics timeline for delivering resources to communities affected by a disaster. By integrating more datasets, this system can better aid the various aspects of disaster risk management, particularly at a nationwide scope with the support of DoDMA and the district administrations.