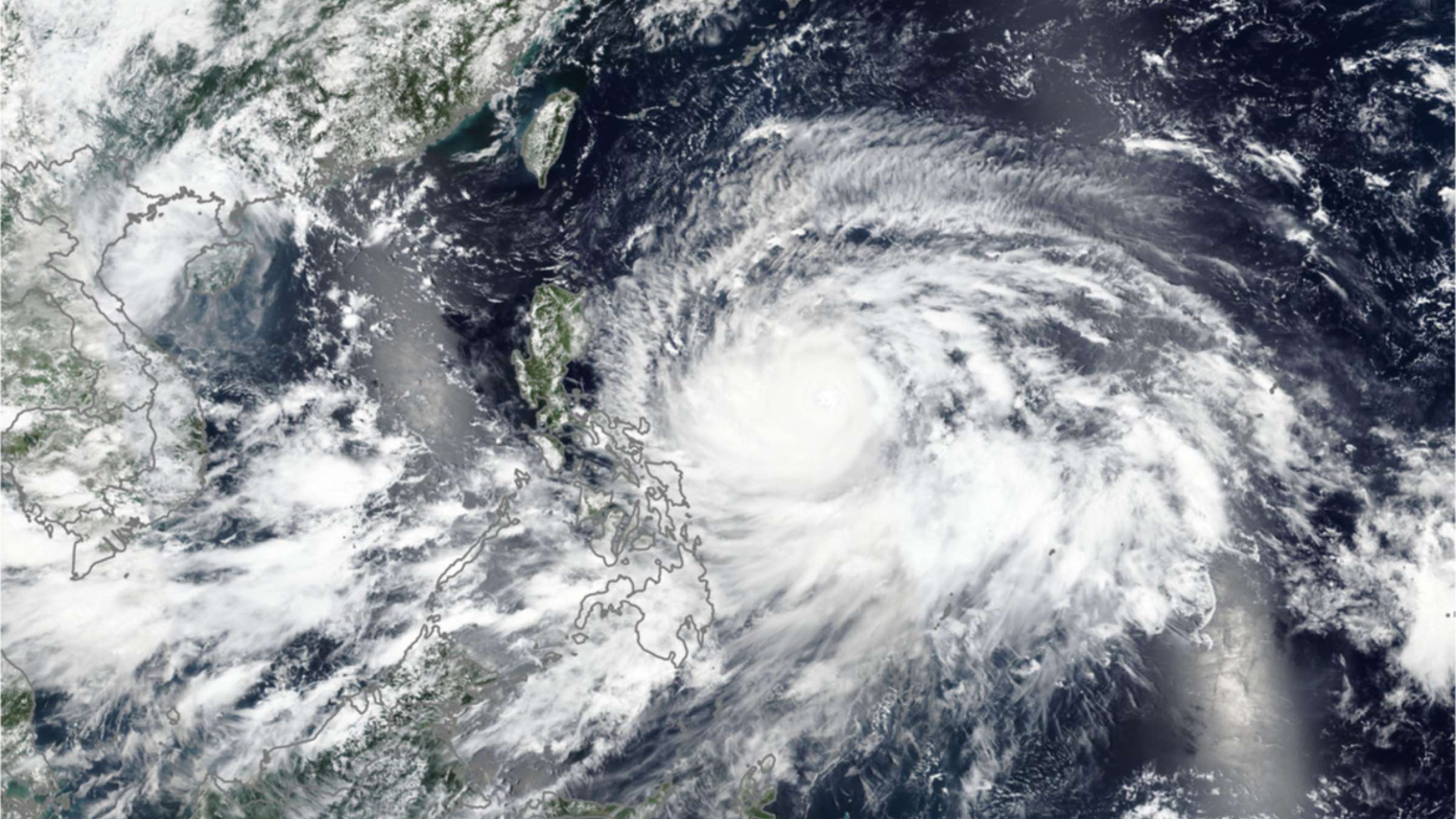 On Dec. 15, 2021, Tropical Storm Rai strengthened into a Super Typhoon faster than any other storm system in recent memory, going from a category 2 to a category 5 on the Saffir-Simpson Hurricane Scale in a matter of hours.

The storm would end up hitting the Philippines southern islands violently, forcing the evacuation of more than 400,000 residents, causing injury to at least 500 people and the death of 375, with 56 others reported missing, according to early estimates from the Philippine Red Cross.

But while the effects of Typhoon Rai – known as Typhoon Odette locally in the Philippines – were significant, the Philippine government was able to prepare and respond with newly enhanced hazard monitoring and early warning tools. The very recent implementation of PhilAWARE, a system developed in partnership with the University of Hawaiʻi’s Pacific Disaster Center (PDC), and based on PDC’s DisasterAWARE platform, provided early warning and advanced modeling to help provide critical impact and potential needs information to aid rapid response.

“The successful development of the PhilAWARE system is just one of many milestone achievements we have this 2021,” said Undersecretary Ricardo Jalad of the Philippines Office of Civil Defense (OCD), during a Dec. 10 handover ceremony of PhilAWARE to OCD by PDC. The system was implemented under OCD’s leadership and included the active participation by a wide cross-section of stakeholder agencies from the Philippine’s National Disaster Risk Reduction and Management Council (NDRRMC). Funding support was provided by USAID’s Bureau for Humanitarian Assistance.

“This new platform will not just enhance our hazard monitoring and early warning but will even help us in seamless information sharing between disaster managers and decision-makers,” Jalad said.

The Undersecretary’s words seemed to foretell the important role PhilAWARE would play only a week following the formal launch of the system.

Conducted in partnership with the Philippines’ national government to help reduce long-term risk and enhance disaster management capabilities, the baseline assessment data and findings are fully integrated into PhilAWARE for operational use.

“While we were saddened by the death and destruction that Super Typhoon Rai left in its wake, the silver lining to this dark cloud was the support that PhilAWARE provided to OCD’s operation center and staff.  It was heartening to hear how it improved their sharing of information within OCD and between NDRRMC agencies.  We hope that in the future it provides even greater assistance with planning and preparedness steps.  In the meantime, our thoughts are with those directly impacted by the storm.”

The Philippines is no stranger to destructive typhoons and is hit with an average of 20 storms per year. The northern part of the country was hit in October by Tropical Storm Kompasu, which affected more than 200,000 people and flooded thousands of homes.

One of the Philippines’ worst storms in recent memory came in 2013 when Typhoon Haiyan – also known in the Philippines as Super Typhoon Yolanda – devastated parts of Southeast Asia, causing a death toll of more than 7,000 fatalities according to the Philippine government. With maximum sustained winds at landfall of more than 195 miles per hour, Haiyan was one of the most powerful tropical cyclones ever recorded.

To help prevent the same kind of devastating impacts with Typhoon Rai, PDC’s models and data sharing relationships provided critical, life-saving information to aid rapid response and helped decision makers anticipate what was going to happen, where, how bad the impact would be, and what type of humanitarian support might be needed.

This enabled the Philippine government to make swift decisions to evacuate residents, suspend work and school, ground ferry and cargo vessels and cancel domestic flights. These actions included those in major cities such as Cebu City, which has a population of eight million.

“We are bringing the entire cadre of these solutions to the Philippines, and engaging local, regional and national actors to help take part in the sustainability of the solutions we co-develop,” said Dr. Hughey in 2019, when the PhilAWARE project was launched. “This is what sets PDC apart and makes disaster risk reduction in the Philippines something to follow.”