Impact based forecasting for typhoons in the Philippines 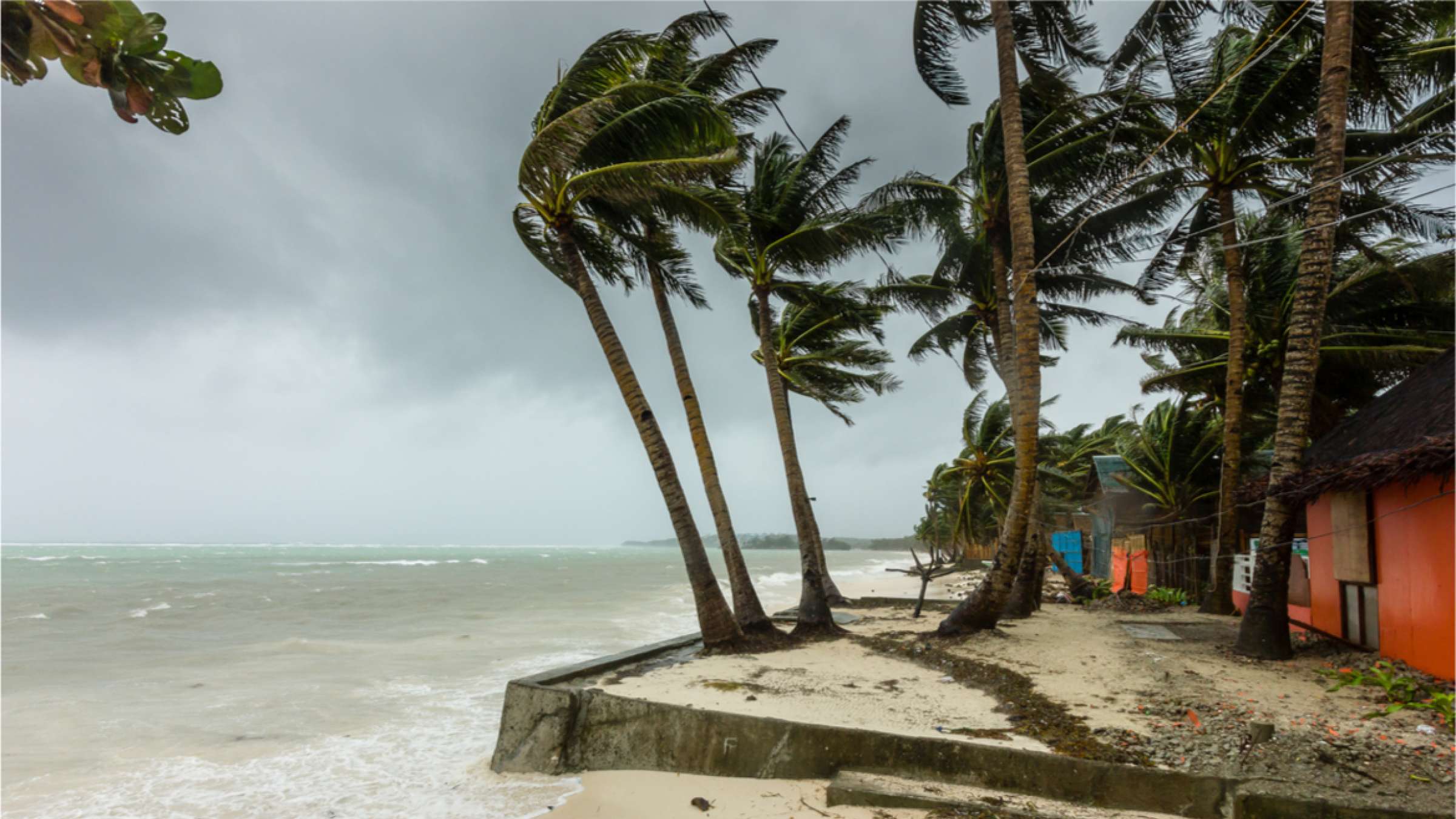 From an initiative started by volunteers, to interagency adoption

The Philippines are struck by 20 typhoons a year on average. Climate change is intensifying the effects of these storms and several reach the category of ’super typhoon’.

In 2016 Jannis Visser, from the 510 data team of the Netherlands Red Cross, was deployed by IFRC in the Philippines as shelter cluster information management delegate just after super typhoon Haima (also known as Lawin). Visser explained: “Planning the response operation was challenging as information on vulnerability and coping capacity was not easily available. This made it challenging for the  Philippine Red Cross (PRC) to prioritize the intervention areas”. The 510 initiative was newly created at the Netherlands Red Cross and 510 volunteers joined forces to create what has been called a “priority index”. This is a methodology to integrate typhoon forecast and damage data with vulnerability indicators. “With equal damage, more socially vulnerable populations are more in need than others”, says Visser. The methodology  proved to be relevant after Typhoon Haima made landfall. Since then, 510  (together with  Netherlands Red Cross and then German Red Cross) has been supporting PRC with intervention area prioritization for most of the major typhoons occurring in the country.

“It has been very exciting to see how a project that started with a group of volunteers, made a direct impact in the emergency operations.”
- Maarten van der Veen, initiator of the 510 Data Team

After this first experiences 510 continued developing this idea with support of the NLRC.

The first time that the Red Cross and Red Crescent Movement officially linked climate change with humanitarian needs was in 1999. Due to the National Societies’ increasing workload from weather-related disasters, the International Conference asked the International Federation of Red Cross Red Crescent Societies (IFRC) to study the “humanitarian impacts of climate change.” IFRC identified that impacts on communities could be mitigated by executing interventions before the disaster would happen.

Since then the Red Cross Red Crescent Climate Centre (RCCC), one of IFRC’s reference centers, has taken a major role in setting up a mechanism for funding anticipatory action for national societies. This mechanism has gained a lot of momentum and is known as: Forecast-based Financing (FbF).

The Philippine Red Cross has been one of the pioneers applying Forecast-based Financing  since 2017. The Philippines Red Cross, together with the German Red Cross (GRC), IFRC, and local authorities completed the development of the Early Action Protocol (EAP) for typhoons, which was approved by the IFRC in November 2019. The project, within which this EAP was set up was part of the Action Plan on Humanitarian Adaptation to Climate Change, funded by the German Federal Foreign Office. This Typhoon EAP has been designed and can be implemented by the PRC chapters in any of the 19 targeted provinces along the Eastern coast, and is meant to facilitate anticipatory actions of the PRC when certain tropical cyclone forecasts show with  high likelihood that more than 10% of the buildings will be destroyed within an affected municipality.

The GRC and PRC engaged the Netherlands Red Cross/ 510 to lead the development of the so-called trigger model, which is the mechanism to pre-assess the danger level of an incoming typhoon. Its  outcomes determine whether or not an EAP will be activated. The 510 team built on the previous work done by volunteers on the priority index and developed a system that predicts the impact of typhoons on Philippine communities. “The model uses typhoon forecast information (wind speed and track) and vulnerability data and predicts the percentage of houses destroyed in each municipality,” says Aklilu Teklesadik, 510’s technical project manager assigned to this project. 510’s model is based on damage assessment data of previous typhoons that hit the country, which has been provided by the Philippines government. The trigger model is now embedded within the “IBF Portal”, an operational decision-making support tool accessible by authorized disaster managers that displays and disseminates early warning notifications for an oncoming disaster.

The IBF portal is currently hosted by 510, but consultations are ongoing for handing over to the PRC so that the national society owns the FbF process and the tools that enable it.

The IBF portal has been activated 6 times since the beginning of the engagement with the PRC. For example, on 29th November 2019 the portal issued a warning for super typhoon Kammuri (also known as Tisoy). The IBF portal shared an automatically generated map every 6 hours, starting 5 days before landfall. The map highlighted which municipalities were likely to be impacted most by the upcoming typhoon.

When the trigger threshold was reached 72 hours prior to landfall, the concerned PRC branches were informed of the EAP activation and requested to start preparation and implementation of the pre-identified early/anticipatory actions.

Informed by these maps, the PRC supported local people in preparations to deal with the impact of Kammuri. These activities were undertaken with support from the German RC and the IFRC.

“In general, it works like this: Based on a specific trigger the funding will be used to implement specific anticipatory actions that aim at minimizing the effects of a predicted typhoon.”
- Damien Riquet, project manager at German Red Cross.

The activities executed were early harvesting, strengthening of houses, and evacuation of livestock. The PRC deployed staff and volunteers reached out to communities at risk to assist people in protecting themselves and their livelihoods from the impacts of Kammuri.

A verification committee composed of FbF practitioners and representatives of knowledge institutions reviews all the Early Action Protocols (EAP) within the IFRC. The committee has approved the EAP, including the typhoon trigger methodology to activate anticipatory funding from the IFRC.  Considering the positive impacts of anticipatory actions implemented in many countries, the UN OCHA decided to test the funding of such activities through its Central Emergency Response Fund (CERF) in the Philippines in 2021. To prepare, a comparative study on predictive models for typhoon forecasts in the Philippines was undertaken with the intention of selecting one to release their anticipatory funding in light of a future approaching extreme typhoon. From three models which were compared to each other, the study concluded with a recommendation to adopt the IFRC/FbA by the DREF trigger model developed by 510. The decision has been based on the track record (the model has already been used operationally several times) and the potential to foster interagency coordination. The RCRC Climate Centre played a central role in the review process and validated the approach chosen by IFRC as suitable for CERF activation.

The 510 team is now working closely with UN OCHA engineers and the Centre For Humanitarian Data to deploy the trigger model for use in OCHA’s Anticipatory Action Pilot in the Philippines.

No typhoon predicting model is capable of 100% accuracy. This means that any system can issue a false alarm or fail to predict an event early enough for early actions to be executed. This was the case with Typhoon Goni in 2020, when the forecast linked to the IBF portal didn’t predict an extreme event until few hours before landfall. But by that time, it was already much too late to initiate any early actions. The model would also benefit from including forecast information from multiple meteorological agencies. Together with UN OCHA dialogues are started to include the Philippine Atmospheric, Geophysical, and Astronomical Services Administration (PAGASA) in the operational procedure.

The adoption of the methodology by UN OCHA shows the value of pioneering these anticipatory approaches in single pilot projects to test the EAP’s operationalization/ implementability  with the aim to scale up in future. Communication, advocacy, and collaboration among RCRC Movement partners is key to bring such cases to scale. The RCRC Climate Centre's role in validating the methodology and advising IFRC and other organizations on adoption and scaling has proven crucial to the process.

This endeavor showed that collaboration and working smart with multiple funding sources, coupled with flexibility by some donors, and a degree of acceptance to trial and learn, shows that scalable humanitarian innovation works. It required persistence and long term approaches.

What is most remarkable about the development of a data driven approach to FbF in the Philippines is that it started as a volunteer project. The use of professional volunteers¹ within the Movement to foster new skills and develop initial ideas that can then be moved within humanitarian practices and processes is a powerful model that can be replicated across the movement. Further work from Netherlands Red Cross and German Red Cross is planned to extend the typhoon predictive model to cover more provinces in the Philippines plans are in place to extend the model to predict impacts by other hazards as floods.  Avenues are being explored to apply the same methodology to other typhoon-affected countries.