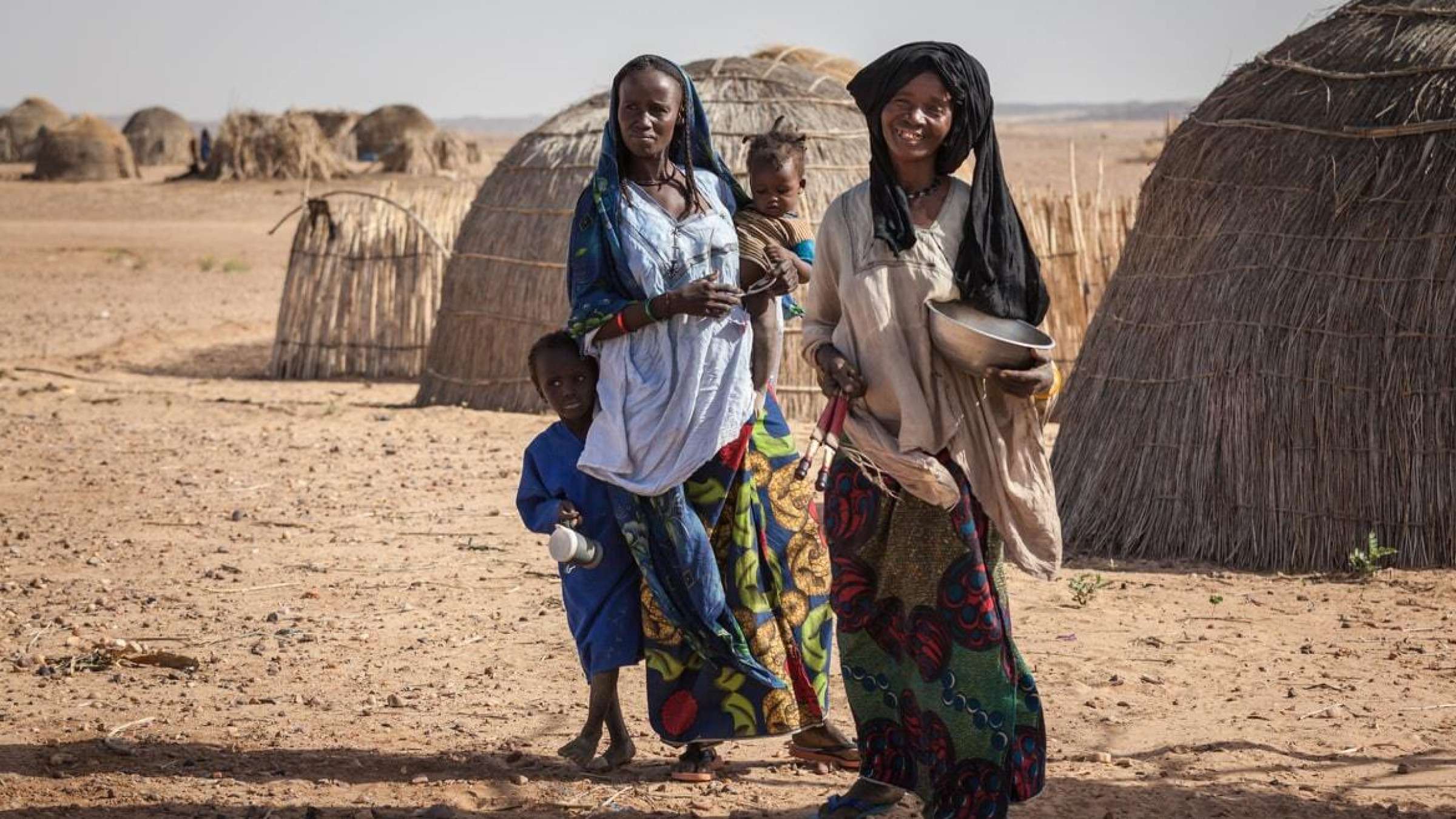 West Africa is increasingly impacted by climate change through more frequent and intense droughts and floods which hit the poorest most. When shocks hit, early action can help households cope. In November 2021, the Government of Niger decided to act early and use the national adaptive safety net system to support 15,400 drought-affected households with monthly cash transfers.  Building on lessons from East Africa, Niger is the first country in the region to develop a trigger-based adaptive safety net for drought response designed to provide early assistance to affected households.

Impacts of climate change in Niger

Niger is highly vulnerable to shortages in rainfall: More than 80% of its 24 million people rely on agriculture for their livelihood, the vast majority of whom in the form of rainfed, small subsistence agriculture. Over the past 20 years, Niger experienced repeated large-scale droughts leading to national food security crises in 2005, 2008, 2010, and 2012.  Droughts also have long-term negative consequences on household welfare and human capital: between 2016 and 2018, about 60 percent of households who were exposed to climate shocks resorted to negative coping strategies such as taking their kids out of school, reducing the number of meals or selling productive assets.

In a context of limited formal and informal insurance and risk coping mechanisms, the international community and the Government of Niger typically respond to droughts by providing in-kind humanitarian food aid to drought-affected populations. This typically occurs during the lean season from June to September, more than 6 months after harvest, when food insecurity and food prices reach their peak.

There is a growing body of evidence showing that responding to droughts earlier would offer major benefits. The rationale is intuitive – the earlier drought-affected households are assisted, the less they will have to turn to negative coping strategies. Drought-affected households receiving predictable monthly transfers until the next harvest will be able to smooth consumption and to mitigate the shock on their own terms. They could for example increase their assets and savings or invest in income-generating activities during the off season.

"There is a growing body of evidence showing that responding to droughts earlier would offer major benefits. The rationale is intuitive – the earlier drought-affected households are assisted, the less they will have to turn to negative coping strategies. "

Building on these lessons, the Government of Niger is piloting a technology-driven approach to enable a faster response. In 2021, for the first time, the Government of Niger has used satellite early warning data to identify drought-affected areas to intervene early with unconditional cash transfers.  The program uses the Water Requirement Satisfaction Index (WRSI), a crop water balance model developed by the FAO. The index uses precipitation and evapotranspiration data to generate an index that is closely correlated with the yield of millet at the end of the agricultural season. It is calculated and published on the FEWS NET website.

More than 100,000 people in four communes of Niger will benefit from this approach and increase their resilience, as also expected by the Nigerien authorities.

The Programme Pilote de Réponse à la Sécheresse is part of the Government’s national safety net program Wadata Talaka, which supports the poorest households across the country with regular cash transfer payments. During shocks, payments can be scaled up horizontally to cover additional households. For example, during the recent COVID crisis, the program expanded its reach from 28,000 households to 400,000 households nationwide, providing them with a one-off emergency cash payment.

Other modalities of the drought response are also agreed in advance. At the end of the season in October, the WRSI is computed for pilot communes. When the value of the index falls 10% below the long-term median of a commune, emergency cash transfers are provided to 22% of the commune’s population, roughly doubling the safety net’s cash transfer coverage there. When it falls 25% below the long-term median, cash transfers are extended to 44% of the population in that commune. All recipients of emergency cash transfers receive a monthly transfer of FCFA 15,000. The support will span over one year starting briefly after the end of the rainy season based on the idea that households facing a drought will be in need of assistance until the next harvest. In October 2021, the trigger threshold was reached in two of the selected pilot communes, Tchaké (Maradi) and Tagazar (Tillabéri). Besides, the Government decided to additionally scale up the response in the two communes displaying the lowest WRSI values in the country, Imanan (Tillabéri) and Diantchandou (Tillabéri). In these communes, some 15,400 households (approximately 105,000 people) are now being targeted to receive monthly cash transfers.

Every year, Sahel countries rely on food security numbers in the regional food security report, the Cadre Harmonisé (CH), to prepare their food security response plans. In Niger, typically results from the CH in March are used by the Government as the basis for its response during the lean season starting in June. For the drought response pilot, it is key to ensure a close alignment with this traditional response. The Government has thus decided to use CH outcomes as a secondary trigger. Should an emergency not be captured by the WRSI index, the drought response component of the national safety net program can be activated based on the CH.

For the future, further work is planned to optimize the satellite index. Basing intervention decisions on remotely sensed data rather than field reports raises questions around the trade-off between speed and precision – naturally, any composite index is only an approximation of the situation on the ground. The premise is that advances in speed make up for the losses in precision. The approach is novel however and will require further review before it can be put to scale.

Besides, rigorous evaluation of the relative efficiency of early interventions compared to traditional lean season support will help to improve the design of drought response programs across the region. For this, a randomized controlled trial will be conducted to evaluate the 2021/22 drought response in Niger – this will be presented in a follow-up blog post planned later in 2022.