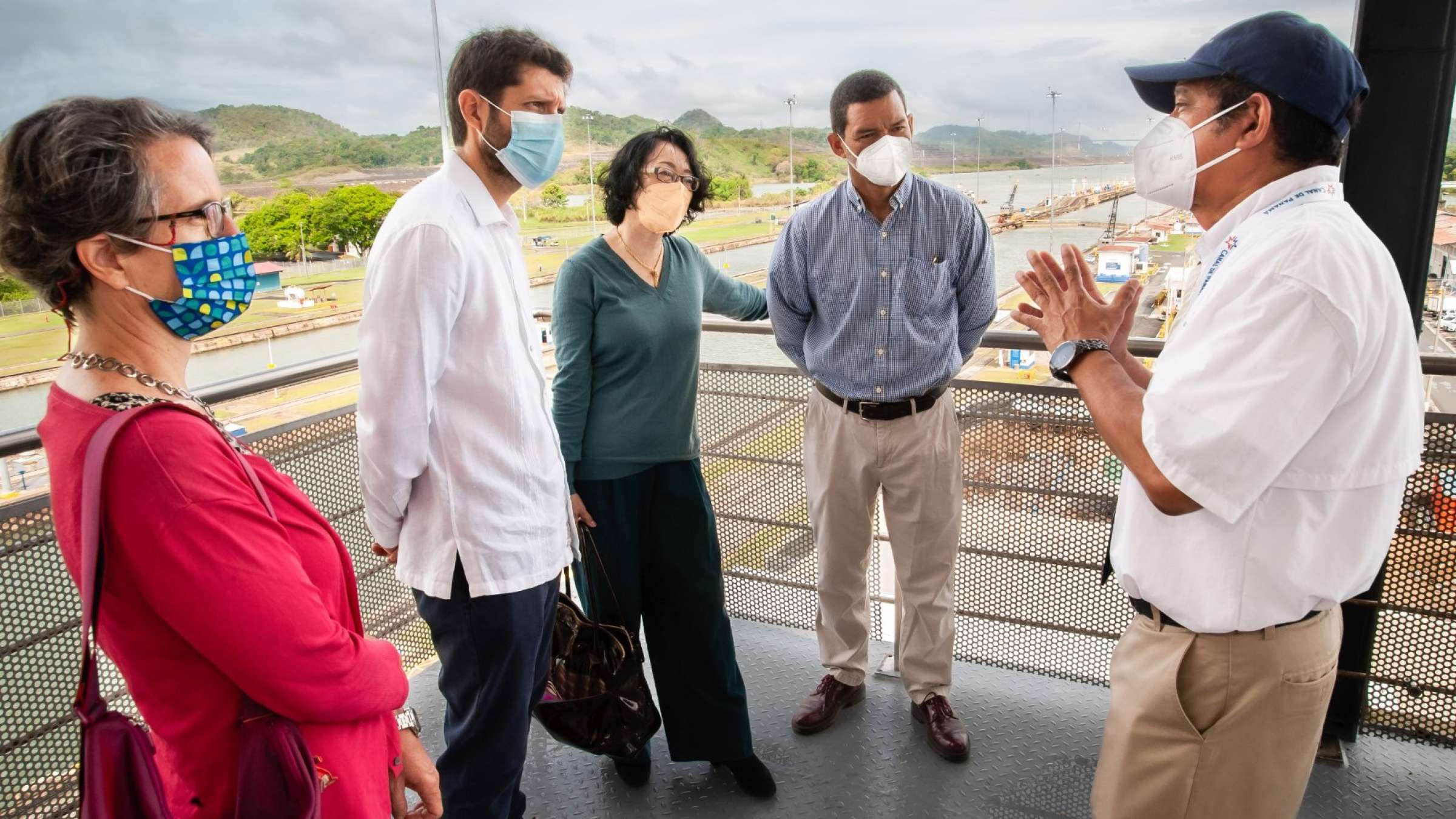 Since its inauguration in 1914, the Panama Canal has become one of the most important structures in the world. Not only is it the route through which 6% of world commerce flows, but it is also one of the most transcendental and eye-catching modern engineering constructions: a system of locks that connecting the Pacific and Atlantic oceans through an artificial lake 26 meters above sea level.

Precisely because of this importance, its year-round operation depends on many intricate parts involving human, mechanical and natural elements. This is why the Panama Canal is a living example of the importance of resilient infrastructure and good governance, two key factors in disaster risk reduction policies.

From its very construction, the Panama Canal has placed great importance on the two factors on which it depends: engineering and environment. On one hand, the structure must function properly, through preventive maintenance in order to avoid damage with major impacts. And on the other hand, the understanding of natural hazards in order to adapt to them and act effectively in the face of the most extreme events, much more so in the face of the climate change scenario. Understanding the risks to which they are exposed, and the possibilities of their cascading effects is what makes it possible, then, to take the necessary measures to maintain the annual average of 13,000 ship transits.

In environmental terms, for example, the Panama Canal has had a climate database since the end of the 19th century, which allows for a much more detailed analysis to make climate forecasts, mainly floods and droughts, and to prepare for them. In 2010 there was a storm, known as La Purísima, a phenomenon with a 100-year return period, which at that time recorded the maximum average rainfall in 24 continuous hours and forced the suspension of operations for the third time in the history of the interoceanic route.

However, the Canal's preparedness for a anticipated hazard managed to avoid a disaster, as water emptying operations mitigated the possibility of damage to the infrastructure, while communities implemented evacuations and other measures practiced during various drills.

There are, in fact, two types of drills. The first is focused on the communities living in the Canal watershed, which is home to150,000 people. This is a joint exercise between the Canal, the National Civil Protection System (SINAPROC) and the community itself, which is carried out every two years. Likewise, the EcoCanal exercise is aimed at all areas of the organisation's operations and simulates responses to potential incidents affecting transit.

In terms of infrastructure, the Canal has a rigorous preventive maintenance system, which has allowed them, for example, to still have in operation the original locks gates, built more than 100 years ago. The dredging department, on the other hand, works ceaselessly to maintain the proper depth for ships to navigate. Maintenance, then, is key to the continued operation of the route. The Canal allocates approximately $300 million annually for maintenance work.

"The Panama Canal contributes to the safety of all Panamanians by being a reference in disaster risk reduction in the face of existing threats and even more so in the face of climate change," said Mizutori.

In addition to the regional example proposed by the Panama Canal in DRR, the country has also just created the Comprehensive Disaster Risk Management Cabinet of Panama, led by the Minister of Government, Janaina Tewaney, with the participation of several other ministries and promoted by the President of the Republic, Laurentino Cortizo Cohen. This cabinet will serve as a driving force for national plans and programmes aimed at disaster risk reduction, and an example of good governance for the region.