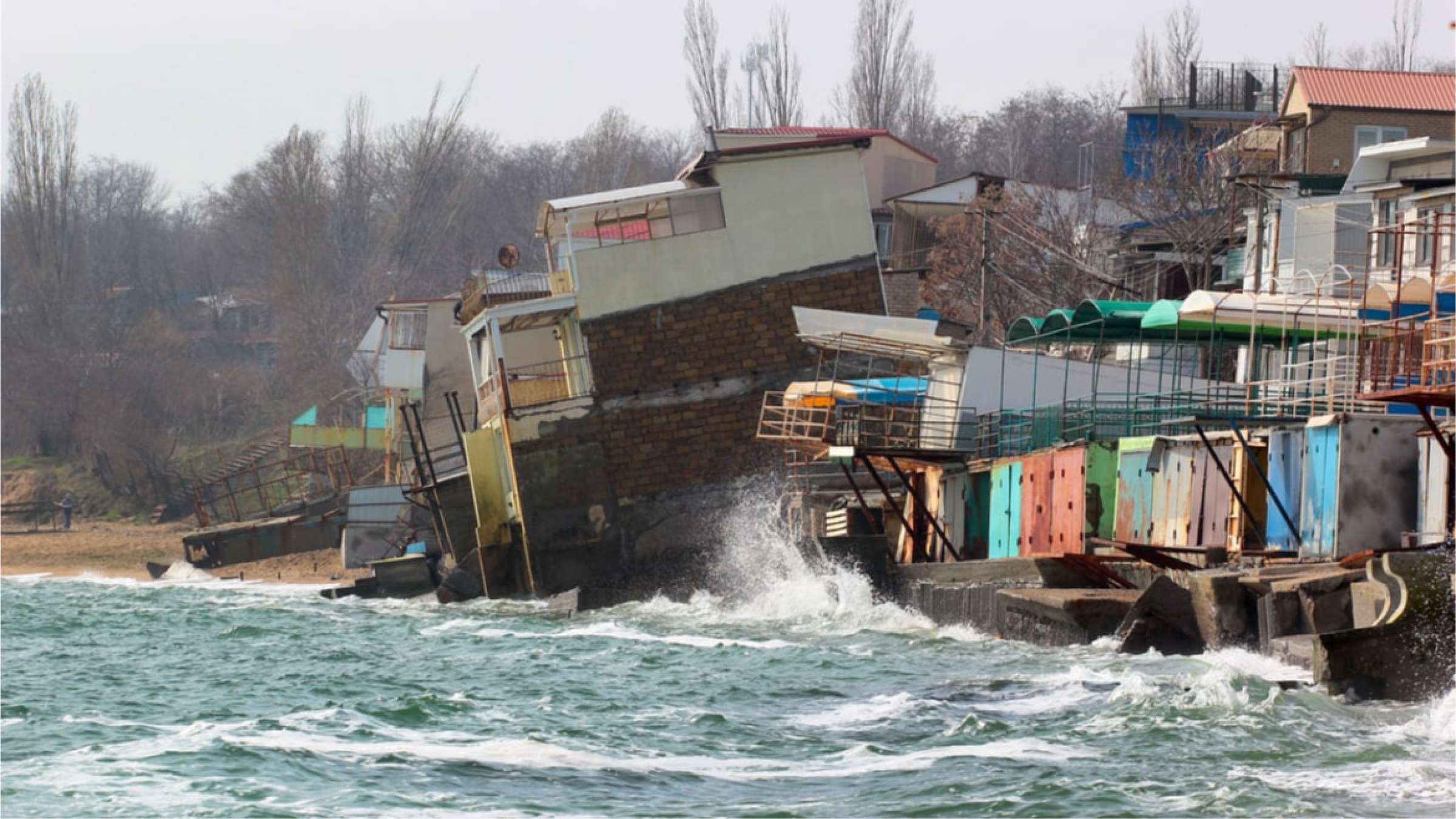 Climate change can cause sudden socio-economic tipping points, such as large-scale bankruptcies of low-lying ski resorts, the collapse of house prices due to sea level rise, or the extensive disruption of the road network due to flooding. Kees van Ginkel (Deltares) spent four years researching tipping points of this kind. He will present the results, which have been published in various journals, at a scientific conference in Vienna (EGU) this week.

Accelerating sea level rise is a game changer that could cause socio-economic tipping points in certain circumstances, says Kees. “More and more storylines are emerging about how sea level rise could lead to a decline in, for example, the Dutch investment climate or the housing market. For example, the Dutch Central Bank recently published a study showing that coastal flooding could lead to financial instability.” The IPCC indicates that sea levels could rise by 0.3 to 1.0 m in 2100, depending on global warming. However, a rise of 2 m in 2100 and 5 m 2200 cannot be ruled out due to uncertain processes in the ice sheets.

Without adaptation, this will have major consequences for coastal areas. However, the adaptation measures themselves will also fundamentally transform the coastal areas. Kees emphasises that storylines about the consequences require systematic investigation: “Could they actually turn out to be true or are they just speculation?”

Deltares and VU-University have developed a method to study storylines like this in a systematic way. The method was applied to an imaginary coastal city that serves as a model for many cities around the globe to look at how house prices could develop between now and 2200. This involved taking a lot of uncertainties into account. How much sea level rise can we expect between now and 2200? What storms could hit the city during that time? Will home buyers take flood risks into consideration when purchasing their homes? Will steps be taken in good time in response to sea level rise by raising the dikes very proactively or will they will be delayed until things almost go wrong or until there is actual flooding? And will there then still be enough time to raise dikes before the next storm hits the city?

The researchers conducted 396,000 model experiments to identify the conditions that could lead to a crash in the housing market. It turned out that these tipping points occur in particular in scenarios that include extreme sea level rise as a result of the accelerated melting of the Antarctic ice sheets. Very proactive flood management is the only way to keep up with the rate of sea level rise; a reactive policy involves a real risk of tipping points.

A crash in the housing market is also possible in the less extreme, more probable, sea level rise scenarios. Interestingly, a crash only becomes a reality when panic breaks out in the housing market. This could happen if, after a long period with few storms, there is a sudden flood or near-flood, resulting in the original underestimation of the risk being rapidly transformed into a strong overestimation. If the housing market were to behave rationally in economic terms, this effect would not occur. In practice, however, the market often fails to behave rationally.

The method was also applied to study tipping points in winter sports areas. This study, which was led by the University of Zurich, shows that low-lying ski resorts (< 2000 m) in the Swiss Alps already have a high risk of going bankrupt before 2050. Producing artificial snow as an adaptation measure is not enough to prevent this tipping point. Kees explains: “These areas are actually faced with a difficult dilemma. If they continue to operate their businesses on the same lines, they will run up against a tipping point sooner or later. The alternative is to create a tipping point themselves deliberately by switching to a radically different business model, one in which they are much less dependent on income from winter tourism. Many winter sports areas are already using their infrastructure to take hikers and mountain bikers up the mountains in the summer. The trouble is that, at present, there is even less money to be earned in this way.”

A third application looked at how the road network can suffer large-scale disruption as a result of river flooding. The study examined thirty European countries to see whether a tipping point may occur that could cut the connections between important economic regions. It emerged that there are major differences between European countries. Belgium, Estonia, Lithuania and Portugal, for example, proved to be relatively robust, whereas small-scale flooding can disrupt up to 40% of important transport links in small, mountainous countries such as Slovenia, Macedonia and Albania. An event of this kind is an example of a tipping point, in which a relatively small flood leads to the abrupt and disproportionately severe disruption of the road network. Identifying these tipping points is relevant for the policies of national road authorities because they provide a first impression of the locations where a relatively small intervention can already produce a major improvement in the robustness of a network.

The recurring theme in these applications is that climate change can lead to a range of socio-economic tipping points. At the same time, many problems can be prevented with targeted adaptation measures. Sometimes these adaptation measures are so drastic that it is fair to talk about a deliberate, positive, tipping point on the way to an improvement in the situation. Kees concludes: “An interesting insight is that, in some cases, it is better to force a desired tipping point deliberately rather than to wait until you become the victim of an undesirable one. Ultimately, even after a major climate catastrophe, a new economic equilibrium will emerge. However, we can prevent a lot of hardship by being proactive and focusing on adaptation now.”