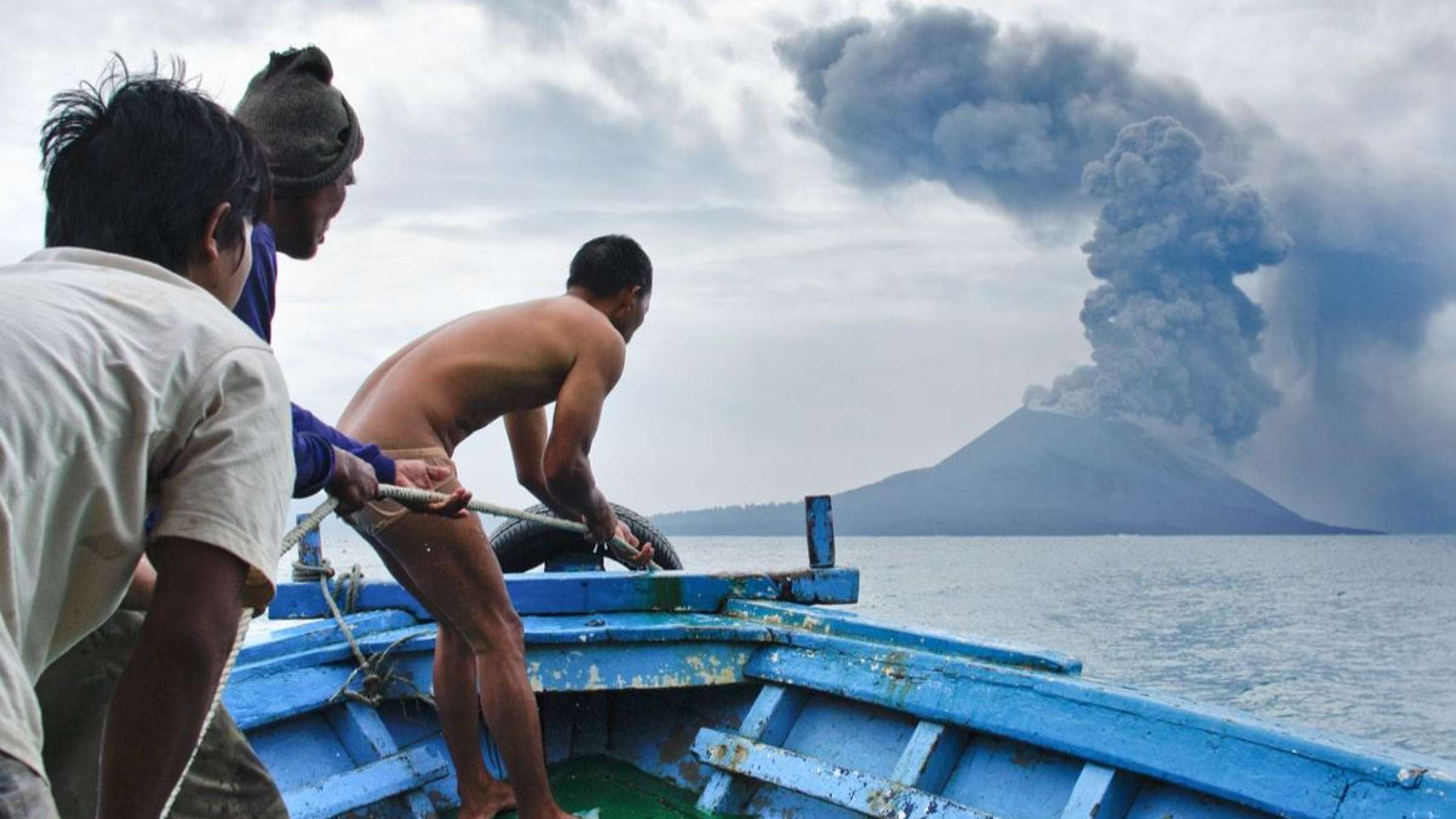 Eruption of the Anak Krakatau volcano in Indonesia (2011). Belikova Oksana/Shutterstock

Although there are telltale signs that a volcano is likely to erupt in the near future – an uptick in seismic activity, changes in gas emissions, and sudden ground deformation, for example – accurately predicting such eruptions is notoriously hard.

This is, in part, because no two volcanoes behave in exactly the same way and because few of the world’s 1,500 or so active volcanoes have monitoring systems in place. Under the best of circumstances, scientists can accurately forecast an eruption of a monitored volcano several days before it happens. But what if we knew months or even years in advance?

Using satellite data, scientists at NASA’s Jet Propulsion Laboratory in Southern California and the University of Alaska, Fairbanks have developed a new method that brings us closer to that reality. The research was recently published in Nature Geoscience.

“The new methodology is based on a subtle but significant increase in heat emissions over large areas of a volcano in the years leading up to its eruption,” said lead author Társilo Girona, formerly of JPL and now with the University of Alaska, Fairbanks. “It allows us to see that a volcano has reawakened, often well before any of the other signs have appeared.”

The study team analyzed 16 ½ years of radiant heat data from the Moderate Resolution Imaging Spectroradiometers (MODIS) – instruments aboard NASA’s Terra and Aqua satellites – for several types of volcanoes that have erupted in the past two decades. Despite the differences between the volcanoes, the results were uniform: In the years leading up to an eruption, the radiant surface temperature over much of the volcano increased by around 1 degree Celsius from its normal state. It decreased after each eruption.

“We’re not talking about hotspots here but, rather, the warming of large areas of the volcanoes,” said co-author Paul Lundgren of JPL. “So it is likely related to fundamental processes happening at depth.”

In particular, the scientists believe that the heat increase may result from the interaction between magma reservoirs and hydrothermal systems. Magma (molten rock below Earth’s surface) contains gases and other fluids. When it rises through a volcano, the gases diffuse to the surface and can give off heat. Similarly, this degassing can facilitate the up-flow of underground water and the elevation of the water table, as well as hydrothermal circulation, which can increase soil temperature. But scientists say other processes may also be at play, because while their understanding of volcano behavior is improving, it remains limited.

“Volcanoes are like a box of mixed chocolates: They may look similar, but inside there is a lot of variety between them and, sometimes, even within the same one,” Lundgren said. “On top of that, only a few volcanoes are well monitored, and some of the most potentially hazardous volcanoes are the least frequently eruptive, which means you can’t rely strictly on historical records.” 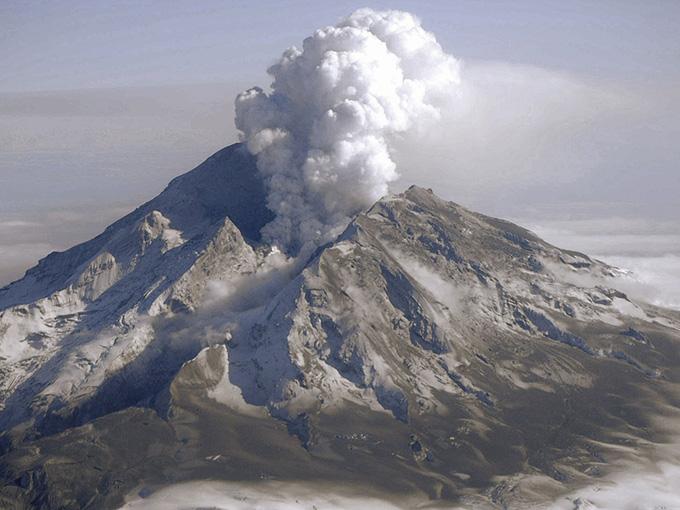 The new method is significant on its own, but it may provide even more insight into volcano behavior when combined with data from models and other satellites.

In a study published in Scientific Reports last summer, Lundgren used interferometric synthetic aperture radar (InSAR) data to analyze long-term deformation at Argentina’s Domuyo Volcano. At the time, scientists weren’t certain whether Domuyo was a dormant or extinct volcano, or whether it was just a mountain. Lundgren’s research cleared that up quickly. He unexpectedly detected a period of inflation, which is when part of a volcano expands as a new mass of magma moves upward and pushes rock out of the way. It turns out that Domuyo is very much a volcano – and an active one.

Next, Lundgren compared this deformation time series to the thermal time series Társilo Girona created for Domuyo Volcano. Lundgren’s goal: to determine whether the two processes – an increase in both radiant surface temperature over large areas of the volcano and deformation – were connected.

“We found that the thermal time series very much mimicked the deformation time series but with some time separation,” said Lundgren. “Even though it remains unclear which process is likely to happen first, by showing the correlation, we can connect the processes through physics-based interpretations rather than simply relying on what we are able to observe at the subsurface.”

In other words, combining the datasets provides clues about what’s happening deeper inside the volcano and how the various processes influence and interact with each other – data that can improve the accuracy of models used to forecast eruptions.

“Although the research does not answer all of the questions, it opens the door to new remote sensing approaches – especially for distant volcanoes – that should get us some fundamental insights into competing hypotheses for how volcanoes behave in general dynamic terms over timescales of a few years to decades,” Lundgren added.

Moving forward, the scientists will test the thermal time series method on more volcanoes and continue to fine-tune its precision.

“One of the goals is to one day have a tool that can be used in near real-time to check for volcanic activity in volcanic areas,” said Girona. “Even for small eruptions, there is evidence of thermal unrest before the initiation of the eruption event, so the new method helps bring us a little closer to that goal.”

The data help to supplement existing tools used at monitored volcanoes. But they also greatly increase the number of volcanoes for which potentially life-saving data can be made available.

“Using the new thermal method that detects changes in the surface temperature around volcanoes and the InSAR ground-surface deformation measurements helps enable volcano observatories around the word to identify which volcanoes are the most likely to erupt and which volcanoes should be instrumented for closer observations,” Lundgren said. “In using satellite data, you increase the scope of what can be monitored on a regular basis.”

As for the once-largely-ignored Domuyo, the story is still evolving: It is one of several volcanoes recently prioritized by the Argentine government to be outfitted with a monitoring system.