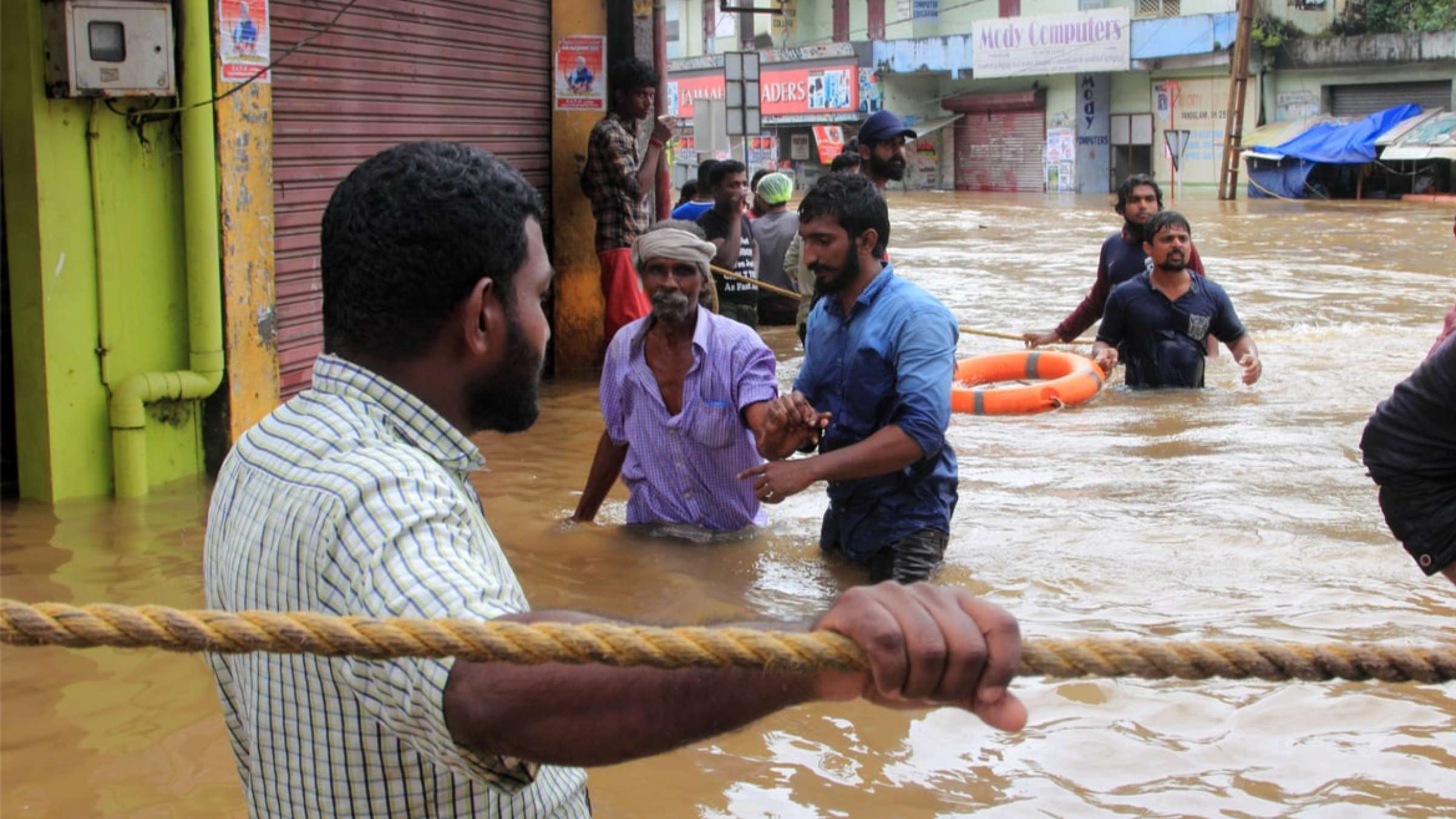 As disasters worsen due to climate change, a new report reveals what to expect in every district of the country in the hope of mitigating the human costs.

As India steels itself for more frequent and severe disasters due to climate change, a clearer picture of when and where they might hit is crucial for those managing the human and economic impacts. Mapping Climatic and Biological Disasters in India, a new report by the government’s National Institute of Disaster Management (NIDM) and the German development agency GIZ, details the intensity and locations of disasters over a 25-year period, providing valuable data for planners and policymakers.

The highest number of floods was reported from the state of Bihar, followed by West Bengal, Assam, Manipur and Tripura. Over the 25 years studied, droughts hit 33 of India’s 36 states and union territories. Andhra Pradesh, Telangana and Rajasthan suffered droughts more than 15 times during this period. Karnataka, Bihar, Chhattisgarh and Odisha faced droughts over 10 times. Heatwaves affected 27 states and union territories. The highest number occurred in Odisha, followed by Maharashtra, West Bengal and Rajasthan.

Eleven states were hit by cyclones during these years. Andhra Pradesh experienced the highest number, followed by Tamil Nadu, Odisha and West Bengal. Looking more closely, the South 24 Parganas district in West Bengal – home of the Sundarbans, the world’s largest mangrove forest – suffered more cyclones than any other district in India.

Almost at the same time as the release of this report, the India Meteorological Department (IMD) published a detailed Hazard Atlas of India. It looks at climate hazards and climate vulnerability in each of India’s 748 districts according to certain impacts of climate change – heatwave, drought, extreme rainfall, flood, cyclone, dust storm, lightning, thunderstorm, cold wave, fog, snowfall, hailstorm and wind hazard.

The atlas is based on comprehensive disaster data from 1967 to 2019. It includes meteorological parameters (variables such as pressure, humidity and wind strength that help predict weather) for the period 1981 to 2010; ongoing feeds of hourly and three-hourly data collected by surface meteorological stations; cyclone data from 1981 to 2020 and cyclone track data from as far back as 1871; rainfall data from 1901 to 2020; 2011 census data of population density and housing density for cyclone vulnerability; and storm surge data.

The NIDM-GIZ report looks in detail at how the human impacts of floods, droughts, cyclones, heatwaves – all worsened by climate change – changed between 1995 and 2020. It finds that deaths due to floods were highest in Uttar Pradesh, followed by West Bengal and Bihar. But flood-related deaths per 100,000 people were highest in Arunachal Pradesh, followed by Himachal Pradesh, Sikkim and Andhra Pradesh.

Drought is a relatively slow-moving disaster. No doctor gives a certificate mentioning drought as the cause of someone’s death. But, as the report points out, agrarian crisis, increasing debt, migration and farmer suicides are major human consequences of drought. Between 1995 and 2020, severe droughts occurred in 2002, 2009 and 2015. In addition, over a quarter of districts in India were drought-hit in 2001, 2004, 2012, 2014, 2016 and 2018.

In 2015-16, India faced one of its most severe droughts in 150 years. About 39% of the country’s area remained dry and received scant rainfall. Compounded by the El Niño climate phenomenon, the 2015 June-September monsoon rainfall was the tenth driest year on record since 1906 across the whole of India, with a deficit of 14.5% in average rainfall. The Indo-Gangetic, or North Indian River Plain, had a rainfall deficit of 25.8%. The prolonged dry period extended into the winter and crops were impacted throughout the year over an area of 29.89 million hectares. In total, around 330 million people were affected as the drought continued for 41 months until 2018. Over half of India’s population depends on agriculture, and the impact was severe.

Despite the challenges of predicting and mitigating the human cost of disasters, aided by reliable data India’s planners have attained some notable successes. Among them is the sharply declining number of deaths due to cyclones. As meteorologists track cyclone paths more accurately, administrators can move people away from vulnerable spots.

While the report confirms the declining death toll, it is silent on the increasing economic costs of cyclones. There is little data on the economic impacts of all disasters, and what does exist can be unreliable.

One of the most direct impacts of climate change in India is an increase in the frequency and severity of heatwaves. The NIDM-GIZ report shows an increasing trend of heatwave-related deaths in Andhra Pradesh, Uttar Pradesh, Bihar, Maharashtra, Telangana and Jharkhand. Heatwave deaths per 100,000 people were highest in Maharashtra, followed by Kerala, Tamil Nadu and Delhi.

Overall, the report says, heatwaves are second only to cyclones in terms of climate-related fatalities in India that occurred between 1995 and 2020. Cyclones accounted for 48% of lives lost, while for heatwaves it was 26%, followed by floods (18%) and cold waves (8%). Together, these four kinds of climate disasters in India accounted for 104,311 deaths over the NIDM-GIZ report’s period of study.

Armed with the information in the report, communities and officials in particularly vulnerable states must now enhance efforts to reduce exposure and susceptibility to disasters. Existing vulnerabilities are increasing as climate change gathers pace. For floods, the report identifies the states of Uttar Pradesh, Bihar and Assam; Rajasthan for droughts and heatwaves, the latter also afflicting Maharashtra and Madhya Pradesh; Maharashtra, Gujarat and Kerala for cyclones; and Rajasthan and Uttar Pradesh for cold waves.

The report is silent on another disaster increasing in frequency due to climate change – lightning strikes. This is possibly because lightning strikes are not included in the Indian government’s list of disasters. Perhaps they should be.

The report makes important recommendations for enhanced disaster management, including: