I lived through Hurricane Katrina and helped design the rebuild – floods will always come, but we can build better to prepare 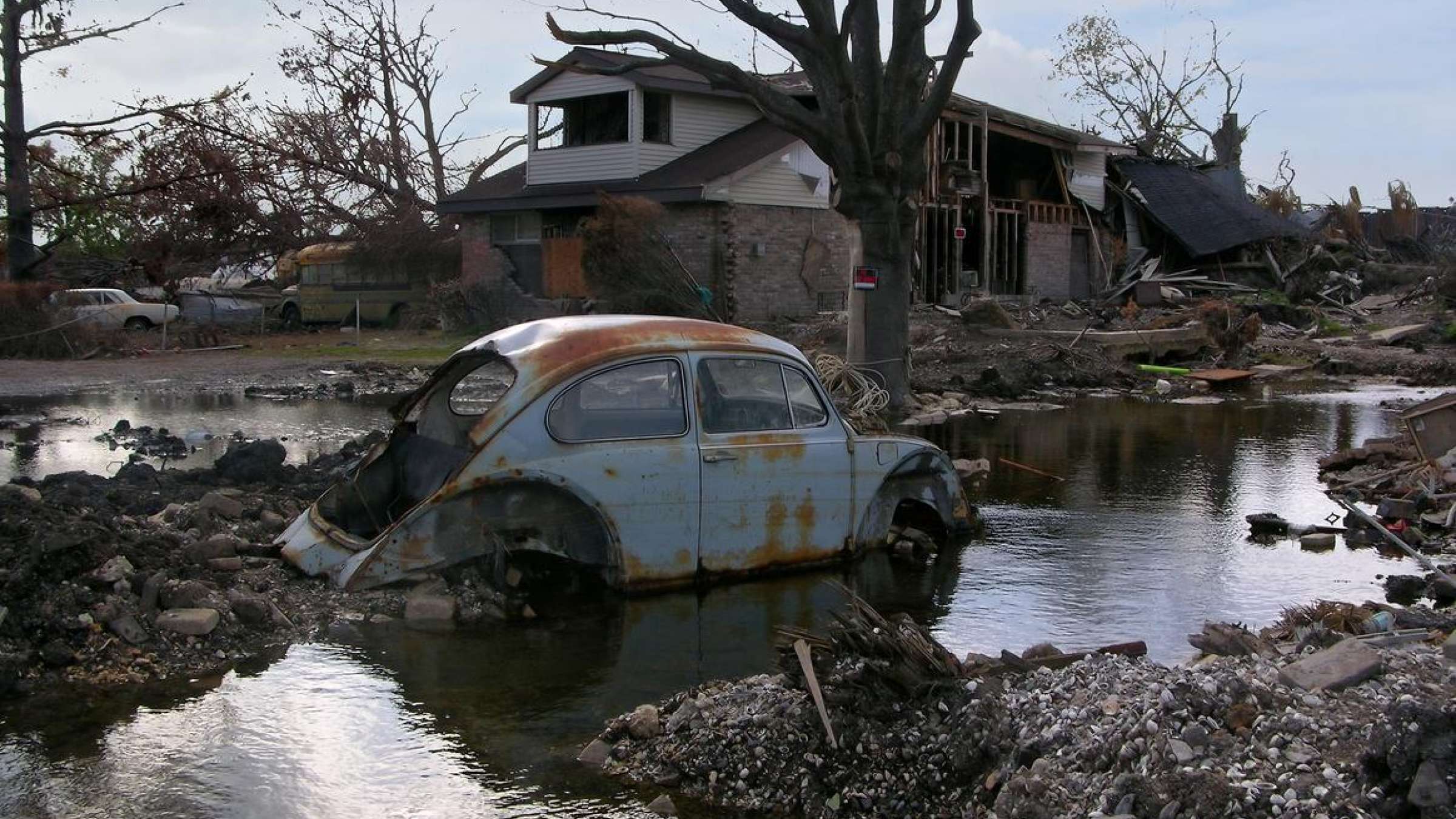 As the climate changes, floods and extreme rainfall events will become more intense. In many cases, the most disadvantaged people are at highest risk from floods and least able to bounce back when their homes and businesses are inundated.

I saw that dynamic first-hand when I lived through Hurricane Katrina in New Orleans. Much of my work in its aftermath focused on finding new ways to allow the city to better absorb water, reducing flood risk and easing pressure on drainage systems.

How? By designing parks, open space and public infrastructure to hold excess water when flood strikes. That means better control of where floodwater ends up, reducing the risk to lives and property.

A different way of looking at disasters

When southeast Queensland and northern NSW floods, the problem isn’t just the greater frequency and intensity of storms. It’s that floodwater ends up in people’s houses and neighbourhoods because of changes we have made to drainage catchments.

So why is that happening — and what can we do to reduce it?

When the surface is hard or impermeable, however, water cannot be absorbed; it runs off quickly and collects in large quantities downstream. That’s how water ends up in people’s homes and streets. It’s what happens when you clear and develop river and stream catchments and cover land with buildings, footpaths and concrete.

Our traditional approach has been to collect rainwater in gutters and move it quickly and efficiently downstream. But this deprives plants, animals and soil of much-needed water that would otherwise be absorbed.

It also raises the question: how do we dispose of large volumes of water when they collect in inconvenient places?

As these problems compound, we have to design larger and larger systems to try to dispose of the water. And when flooding overwhelms the system, the consequences can be deadly.

Traditionally, we have tried to armour rivers and waterfronts with levees, barriers and sea walls to keep all floodwaters out. Increasingly, however, planners, designers and engineers are looking to new approaches.

Instead of trying to keep all floodwaters out, we can design landscapes to accommodate the water without damaging cities or farmland.

The Room for the River Project in the Netherlands began in 2006 after serious flooding threatened the Rhine delta at the end of the 20th century.

The project (which encompasses the Rhine, the Meuse, the Waal and the IJssel) redesigns the river and floodplain by moving dikes further out and lowering floodplains and groynes. It creates “green rivers” (channels that allow floodwater to branch off from the main river) and removes obstacles from the channel so recurring floodwaters can spread out without causing damage.

A similar approach has been adopted in other places, such as the US state of Vermont.

Using a similar approach at a smaller scale, we can design cities to accommodate floods. When the Victoria Park neighbourhood in the Sydney suburb of Zetland was developed in the late 1990s, all its public spaces, streets and open space were designed with an integrated water management system in mind.

All park spaces were lowered to hold water after storms. Special vegetated channels called swales were constructed to slow down and absorb water.

Under the area’s central park (Joynton Park) is a water storage basin. Rainwater flowing into this underground basin has been filtered through the plants and soil of the swales, and is then re-used in local water features and for irrigation.

All these adjustments mean the area can flood in a way that causes minor inconvenience rather than disruption. By controlling where floodwater collects, we can reduce the damage.

Clever design to slow the flow

There are many examples around the world of buildings and landscapes where flooding is “designed in”. Here are three examples I know well, through the involvement of my firm Spackman Mossop Michaels.

For Sydney’s Moore Park Bus Interchange, we suggested large areas of paving be designed to let water through into a massive gravel bed underneath, where rainwater is stored before percolating into the area’s groundwater. This allows floodwater to be directed into and absorbed by the earth, rather than simply rushed into stormwater systems that can overflow.

In New Orleans, where land subsidence left the city below sea level and unable to drain naturally, the Rosa Keller Library was severely flooded when levees broke after Hurricane Katrina. Its redevelopment included a rain garden of native irises to store and hold stormwater before releasing it slowly into the stormwater system.

The New Orleans Redevelopment Authority has also built “rain gardens” on many of its vacant lots to store and filter stormwater.

Through clever design interventions like these, we can keep stormwater out of the drainage system for as long as possible, effectively increasing its capacity.

This story is part of a series The Conversation is running on the nexus between disaster, disadvantage and resilience. You can read the rest of the stories here.