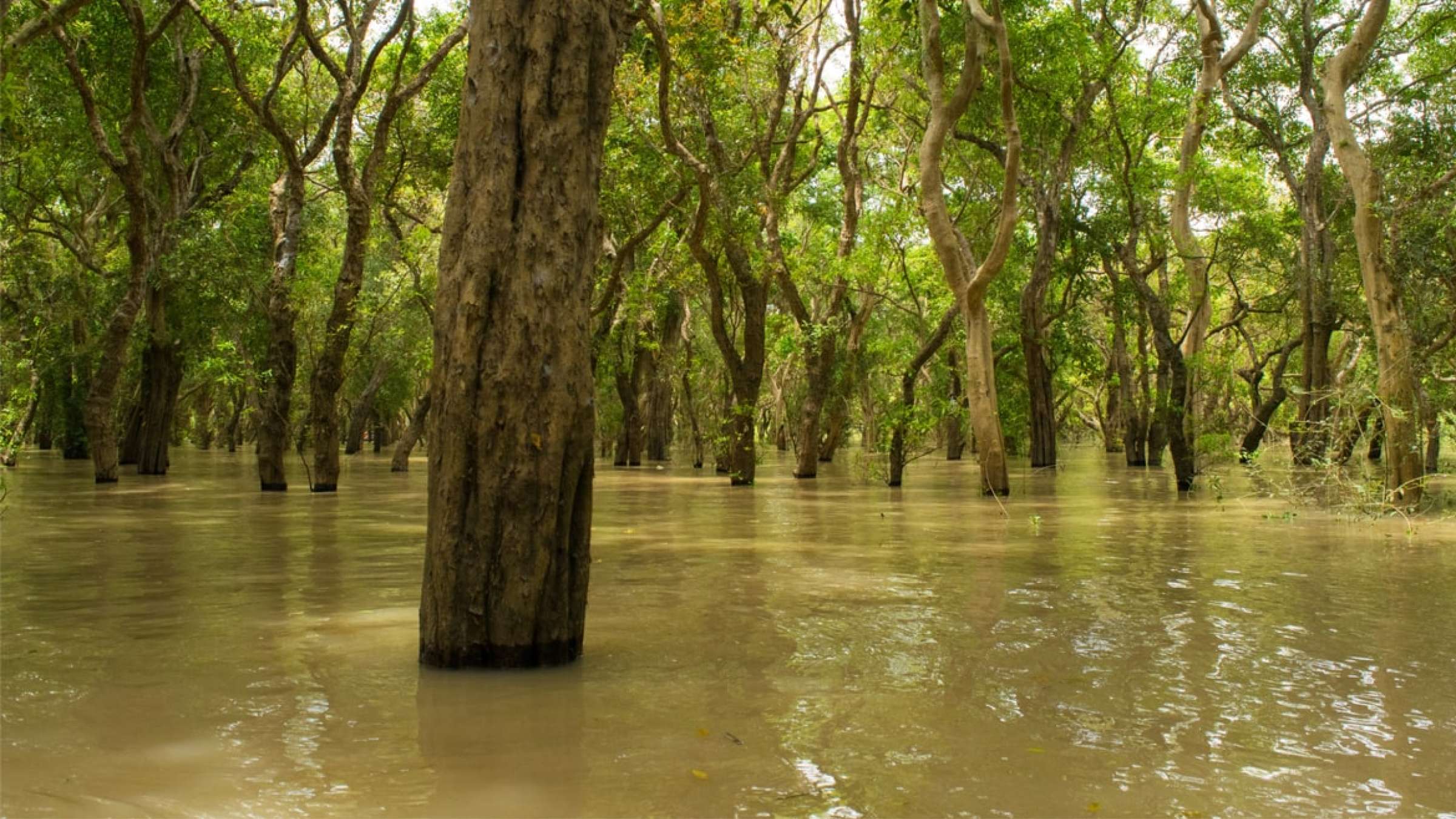 New research examining whether forests can mitigate flood risk suggests they may offer less protection against major events than had been hoped.

Although the work, which was carried out in forest sites in Ireland and the UK, showed forests can suppress small storm flows it also underlined that they are likely to make minimal difference in reducing the devastating impacts of major flood events.

The work, conducted by researchers from Trinity College Dublin, NUI Galway and the Centre for Ecology and Hydrology in the UK, has just been published in the journal, Science of the Total Environment.

Liwen Xiao, Assistant Professor in Trinity’s School of Engineering, was the senior author of the journal article. He said:

“Since COP-26, there has been more attention given to the potential environmental benefits of large-scale forest planting. And while it is true that forests can lock up large amounts of carbon and aid environmental rehabilitation and biological diversity, the common perception among many natural resource managers and the public that forests can mitigate large flood events hasn’t been well examined using a before-after-control-impact approach till now.

“Our work showed that forests reduced storm flows but only when the peaks of the floods were well below the average peaks seen in a typical year. When flood events increased in size and in larger catchment areas forest impacts were far less notable, and these two scenarios are the most important for us to build knowledge in seeing as they are linked to the greatest incidences of flood damage and loss of life.

“While forests bring many environmental benefits to habitats, this work raises red flags to any developers and land managers working on the basis that they can protect against serious flood damage. It would be unwise, for example, to assume a newly planted forest could protect homes on at-risk land.”

The conclusions from this study were drawn from data spanning 66 station-years of flow measurement and 610 storm events at three sites in Ireland and the UK. The sites were based in Nephin Forest, Co. Mayo; Kielder Forest on the England-Scotland border; and Hafren Forest, Wales. These sites all have similar climates and are typical of forests in their respective countries, which suggests the findings are likely to be widely applicable.

The catchments in Wales, operated by the UK's Centre for Ecology and Hydrology were established with funding from the Natural Environment Research Council. The Burrishoole study in Ireland, run by NUI Galway, was established with funding from the Environmental Protection Agency; the National Council for Forest Research and Development and the Department of Agriculture, Food and the Marine. The catchments in England are operated by the Environment Agency with support from the Forestry Commission and United Utilities plc.