As floods worsen, Uganda moves to protect its vanishing wetlands 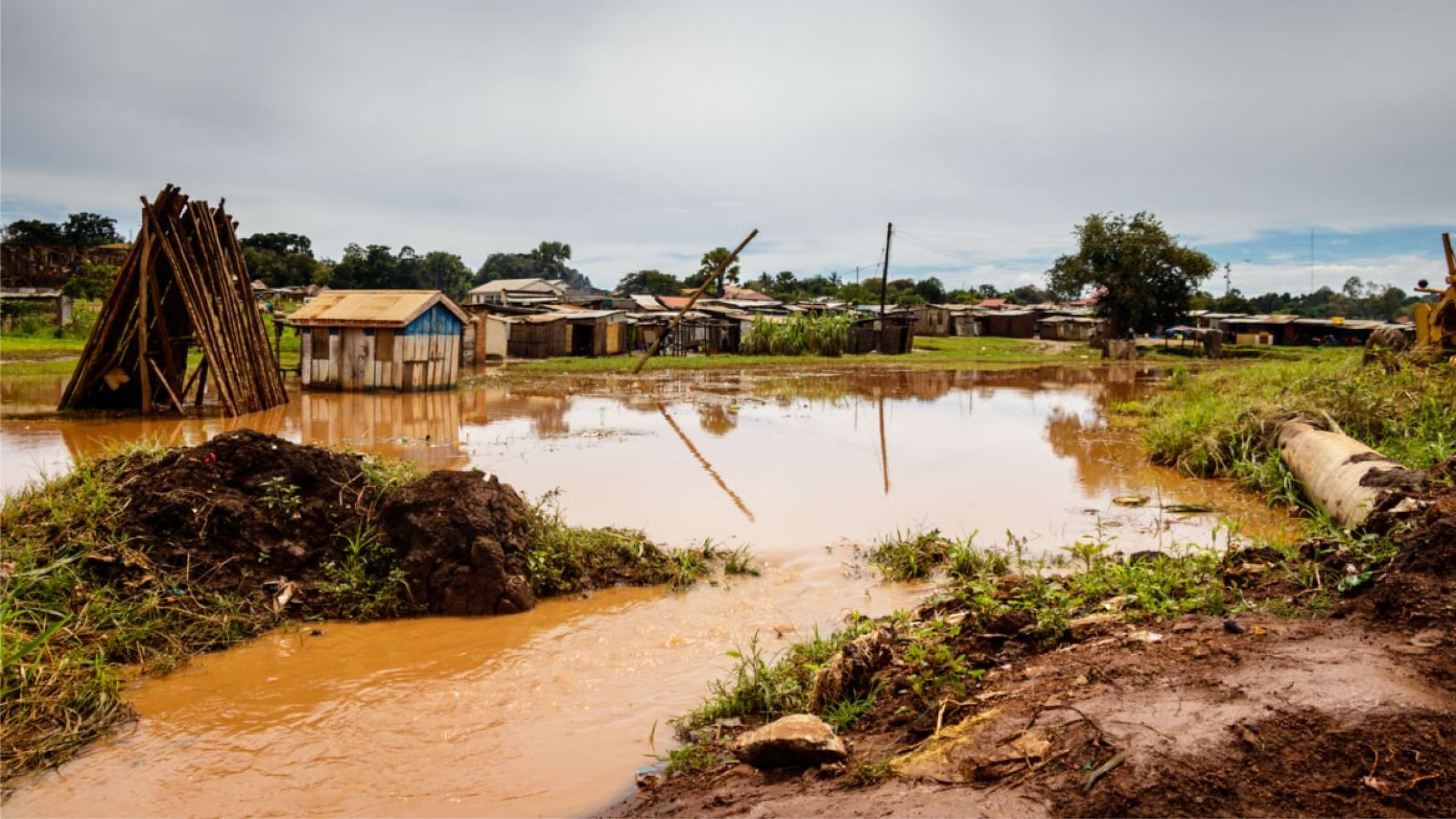 Environmental officials are cracking down on wetland filling - but removing jobs-providing industries from wetland areas will prove a significant challenge, analysts say.

Until recently, truck drivers who poured fill into wetlands near Uganda's capital, to illegally create new land for building or agricultural expansion, rarely met any resistance.

But since Barirega Akankwasah became executive director of the National Environment Management Authority (NEMA) in September, some of those drivers have ended up in jail.

"We have a plea of guilty, hence we shall soon have a conviction. Another three are in coolers" awaiting trial, he said, using a slang word for police detention.

"This will deter others from destroying our valued environment," Akankwasah told the Thomson Reuters Foundation in an interview.

In September, the new NEMA head indefinitely suspended all consideration of new projects in wetlands, in a push to better protect areas seen as key to curbing worsening flooding in Uganda.

Over the last two decades, Uganda has lost about 40% of its wetlands, many of them filled in as the country's rising population looks for new farmland or to create space for industrial expansion, according to the environment ministry.

A report on the country's environment and natural resources, presented to Parliament in September, indicated that the area of Uganda covered in wetlands has fallen from 16% in 1994 to 9% in 2016, the last year losses were estimated.

The report, ordered by the country's cabinet in 2019, warned that at the current pace of losses the country would have no wetlands by 2040.

As floods worsen in Uganda, the country's leaders are now pushing back, saying protecting such areas is crucial to controlling flooding, especially in urban areas like Kampala, the capital.

Better protecting disappearing natural areas is also key to meeting a global goal to safeguard 30% of the world's land and seas by 2030 to stem losses of biodiversity, curb climate change and protect natural systems that provide clean air and water.

For now, worsening runoff from heavy rains is making homes in lowland areas such as Bwaise, a Kampala suburb, much more flood-prone.

In the past, the Nsooba wetlands near Bwaise slowed and purified rainwater runoff before it entered Lake Victoria.

Today, with the wetlands reduced in size, more polluted water - and more of it - enters the lake, affecting marine life and water quality, environmental experts say.

The National Water and Sewerage Corporation, which draws water from Lake Victoria to supply 4 million people in the Kampala metropolitan area, says its spends 13 billion Ugandan shillings ($3.6 million) each year treating the water to remove pollutants.

In October, President Yoweri Museveni insisted that "all encroachers on wetlands must leave" and that former wetland areas should be restored.

He asked European Union officials for financial help to compensate those now living or working in former wetland areas, including rice and dairy farmers in rural areas and settlers and brickmakers in urban locations.

The factories - which produce everything from electric appliances to mattresses - offer low-paid jobs much sought-after by Uganda's youthful population, in a country with high unemployment like many sub-Saharan African nations.

Under Uganda's environmental laws, the only legal activities in wetlands are collection of household water, basket and trap fishing, picking of medicinal plants and some hunting.

Achilles Byaruhanga, the executive director at NatureUganda, a nonprofit, said Museveni had put in place the right legal framework to protect wetlands - but laws were not being enforced in part because of lack of finance and staffing for NEMA.

Akankwasah, the head of the agency, said he also felt NEMA was understaffed and underfunded compared to other agencies in the country.

Onesmus Mugyenyi, a research fellow at the Advocates Coalition for Development and Environment (ACODE), which works to build awareness about conservation issues, called the situation "worrying" in the face of worsening floods linked to climate change.

"We have a feeling government is listening. ... Whether it will be sustained is another issue," he said in an interview.

But he called Akankwasah's appointment at the environmental management agency a positive step.

"The new executive director does not carry any political baggage and he is knowledgeable and passionate about the environment," Mugyenyi said.

Akankwasah, however, faces vast challenges to restore the country's wetlands as envisaged in the National Development Plan, which calls for 9.5% of the country's land in wetlands by 2025.

Many of the country's powerful elite still see wetlands and other protected areas as free land, and have not so far faced prosecution for seizing it, analysts said.

As well, too many Ugandans fail to see the value of protecting the environment, particularly if that could cost jobs, Akankwasah said, noting some feel the government cares more about the environment than the people who voted it in.

Moses Tumusiime, an independent land valuer and engineer in Kampala, said wetlands offer large, cheap areas of land for factory construction that would be difficult to find elsewhere.

He noted that in some cases public water and electricity services have been extended into filled wetland areas.

Tumusiime, who has carried out numerous land valuations for industrialists looking to build in wetlands, said few people understand the value of the ecosystems - or see the point in halting building in them after so many years of it.

Still, there is some progress in reclaiming land.

Since 2015, over 500 land titles nationwide have been cancelled by the Lands Ministry after consultation with the National Forest Authority and NEMA, according to Dennis Obbo, a Lands Ministry spokesman.

According to the September report to parliament, 300 titles in wetlands have been revoked in the Kampala metropolitan area.