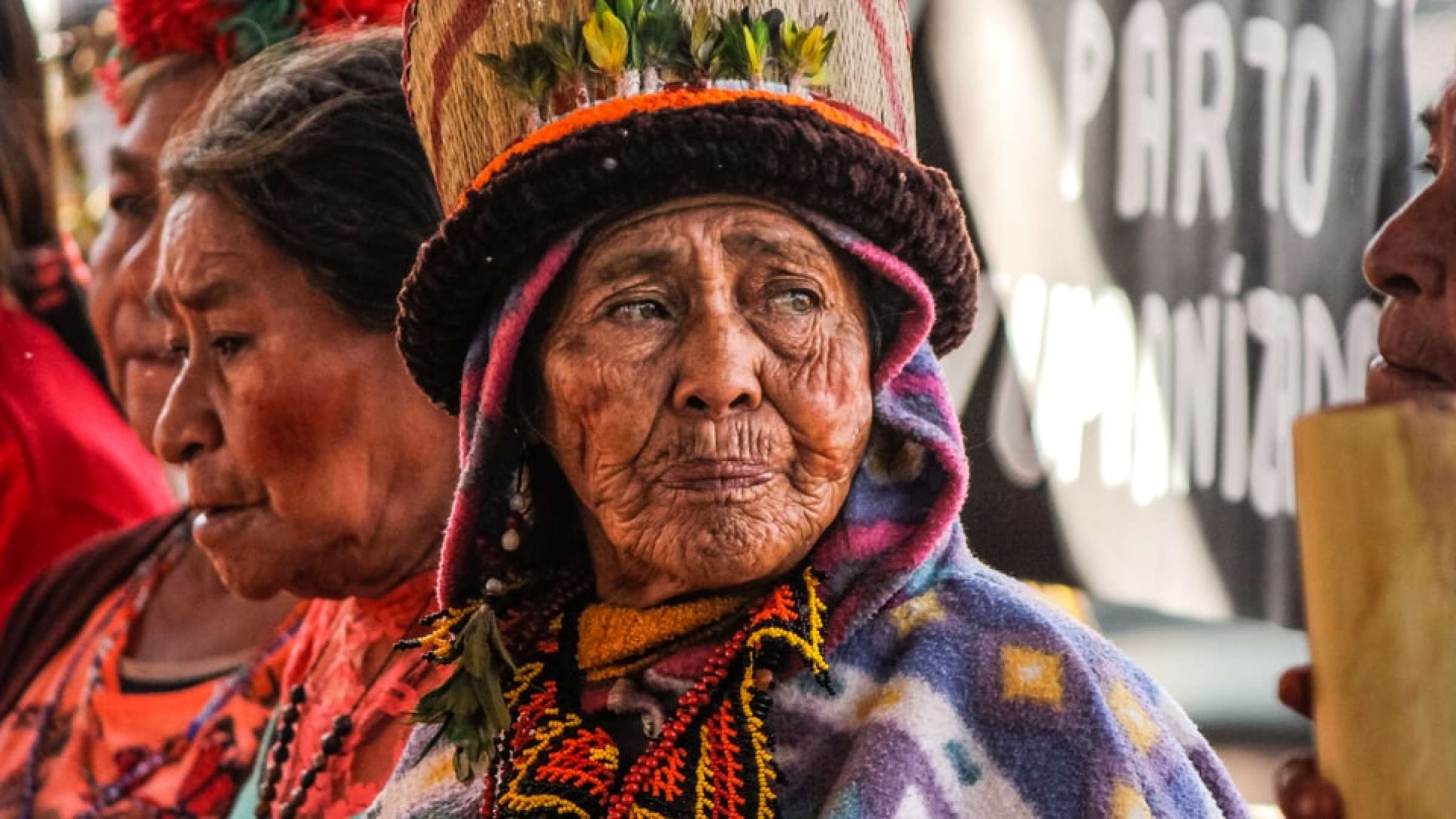 Indigenous people at an assembly in Brasil
Julia Zulian/Shutterstock

Spring is here, and with it comes the threat of more floods. Australia is currently experiencing its third consecutive year of a La Niña weather cycle. This means we expect more rainfall than average over the spring and summer months. There is heightened risk of floods, tropical cyclones, prolonged heatwaves and grass fires in southern Australia. This has already led to flooding in parts of the country, and communities are now bracing for more bad weather.

According to the Human Rights Council Report 75-80% of the world’s population will be negatively impacted by climate change. It also states climate change will exacerbate existing poverty and inequality and have the most severe impact on our poor.

Indigenous people in Australia make up just 3.8% of the population. Still, they account for nearly 30% of those living in poverty and up to 50% in remote communities.

Some Indigenous people live in poor and/or overcrowded housing. These properties are often not prepared for natural disasters or the effects of climate change such as persistently hotter temperatures. In addition, there is limited nearby infrastructure or resources to prepare for and respond to emergencies.

All levels of government have been criticised for a lack of action in supporting Indigenous communities during times of crisis. This now needs to be addressed urgently, given the destructive weather is forecast to continue in the coming months.

Past disasters have shown First Nations people are more vulnerable

Earlier this year, when floods hit the town of Lismore in New South Wales, the local Indigenous community was left to fend for themselves, with many people losing their homes and possessions. First Nations communities were among those worst affected, with many people stranded without access to food or clean water.

This disaster shone a light on the disparities between First Nations communities and the rest of Australia when it comes to preparedness for natural disasters. While federal, state and local government provide some support such as emergency services, there is often a lack of disaster prevention measures achieved through thorough planning that is available for these communities.

The Parliamentary flood report has found SES and Resilience NSW failed Lismore communities after the floods. A major failing has been the lack of planning and preparation, as we are seeing again this spring.

The parliamentary flood report for NSW has 37 recommendations, it does not include culture or culturally safe resources as outlined below. The United Nations Disaster Risk Reduction recommends including the whole Indigenous community and two-way information sharing.

Two-way information sharing means that information flows not only from government and other outside agencies to Indigenous communities, but also from Indigenous communities to government and other agencies. This ensures everyone has a better understanding of disaster risks faced by the community and can work together to develop more effective and culturally appropriate mitigation and response strategies.

Disaster risk reduction plans must be designed in a way that takes into account peoples’ needs and cultural values. This includes ensuring that evacuation efforts do not result in displacement, and relief and recovery programmes are tailored to meet the specific needs of Indigenous communities. This would mean finding ways to evacuate communities that don’t take them too far from Country, if their preference is to remain nearby.

First Nations communities need adequate funding to implement local disaster reduction plans inclusive of culture. They also need access to professionals who specialise in culturally inclusive climate adaptation and disaster risk reduction program development. Indigenous-led initiatives are often more effective than externally imposed programs at reducing disaster risk. This is because they are better able to consider Indigenous communities’ specific needs and vulnerabilities. Supporting Indigenous peoples with access to resources to achieve this is also essential for them to effectively lead and participate in disaster risk management efforts.

A powerful piece from @CroakeyNews on the effects of the flood events and the impacts being felt by a number of Aboriginal Community Controlled Organisations. https://t.co/NSyutFeFhc

Researchers Wanhui Huang and Sadahisa Kato found success with communities in the Philippines and Bangladesh developing disaster risk reduction plans. These countries’ local governments opted to move communities to higher ground nearby instead of evacuating them to a distant place.

These plans were developed after it was realised that communities forced from their homes more than once a year were not only losing their homes and belongings, but also access to health centres, children’s education, and areas with cultural significance to reduce the complex impacts on physical and mental health as well as well-being which is far more than has been observed after single disasters.

By moving these communities to higher ground before a disaster strikes, local governments hope to help ease the transition of evacuation by minimising the disruption to people’s lives.

Here in Australia, Indigenous peoples must be included in local, state and national disaster risk reduction policies and plans. This is essential to ensure their rights and needs are respected and considered in prevention and response to natural disasters.

Indigenous peoples have a wealth of traditional knowledge and experience that can be invaluable in disaster risk reduction efforts. These knowledges are often based on a deep understanding of the local environment and can provide practical insights into reducing disaster risk.

Indigenous peoples have 65,000 years of resilience in the face of natural disasters, which can inform disaster risk-reduction strategies. It is vital these communities have a voice in decision-making about disaster response and recovery efforts. Through this we can effectively reduce the risks associated with extreme weather through an inclusive and comprehensive approach.