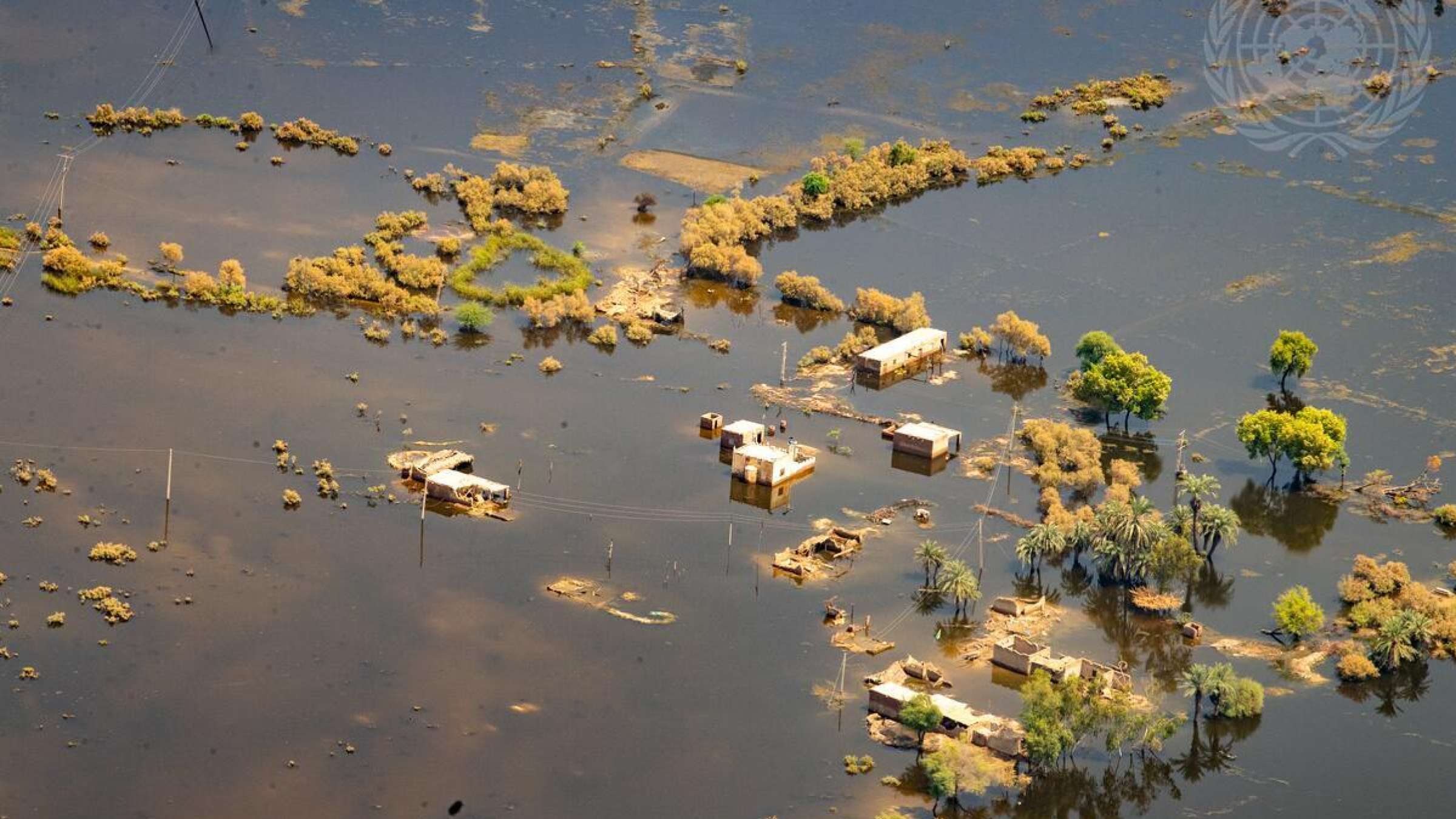 UN Photo/Eskinder Debebe
Climate change is taking an increasing toll. The natural disaster figures for 2022 are dominated by events that, according to the latest research findings, are more intense or are occurring more frequently. In some cases, both trends apply. Another alarming aspect we witness time and again is that natural disasters hit people in poorer countries especially hard. Prevention and financial protection, for example in the form of insurance, must therefore be given higher priority.

Thomas Blunck, Member of the Board of Management

With overall losses of around US$ 270bn (previous year US$ 320bn) and insured losses of roughly US$ 120bn (previous year US$ 120bn), 2022 joins the recent run of years with high losses. Overall losses were close to the average for the last five years, while insured losses were significantly above average (2017–2021: US$ 97bn). The continued high level of insured losses is impacting insurers at a time when they are having to deal with both high inflation rates and a shrinking capital base due to rising interest rates. In contrast, the positive effect on investments from higher interest rates will only come in time.

“Two factors should be kept in mind when considering the 2022 natural disaster figures. Firstly, we are experiencing La Niña conditions for the third year in a row1. This increases the likelihood of hurricanes in North America, floods in Australia, drought and heatwaves in China, and heavier monsoon rains in parts of South Asia. At the same time, climate change is tending to increase weather extremes, with the result that the effects sometimes complement each other”, explains Ernst Rauch, Chief Climate Scientist at Munich Re.

What were the worst natural disasters in 2022?

Hurricane Ian was responsible for more than one third of overall losses and for roughly half of insured losses worldwide. This powerful tropical cyclone made landfall on the west coast of Florida in September with wind speeds of almost 250 km/h (150 mph). Only four other storms on record have been stronger when making landfall on the US mainland, while some others were of a similar strength to Ian. According to provisional estimates, it caused overall losses of around US$ 100bn, of which US$ 60bn was insured (not including NFIP2). In terms of insured losses adjusted for inflation, Ian was the second-costliest tropical cyclone on record after Hurricane Katrina in 2005.

Severe storms like Ian fit in with the anticipated consequences of climate change: most researchers do not expect an increase in the overall number of tropical cyclones as a result of global warming. However, they do anticipate a rise in the proportion of particularly severe cyclones with exceptionally heavy rainfall.

The year’s second-costliest and greatest humanitarian disaster was severe flooding in Pakistan resulting from record-breaking monsoon rainfall. In the month of August, rainfall there was between five and seven times heavier than usual. Accelerated glacier melt as a result of the high temperatures significantly increased the flooding. At least 1,700 people were killed. Direct losses are estimated to be at least US$ 15bn – an enormous amount given the size of the country’s GDP. Almost nothing was insured and countless people lost all their belongings. Researchers estimate that the intensity of an event of this kind has already increased by half because of climate change, compared to a world without global warming, and that it will continue to rise in the future.

For insurers, the second-costliest single natural disaster in 2022 was flooding in the southeast of Australia in February and March. In the states of Queensland and New South Wales, extreme rainfall led to countless flash floods and severe river flooding. Numerous residents had to be rescued from their homes by boat or helicopter. The floods also affected the major population centres of Brisbane and Sydney. Of the overall losses of approximately US$ 6.6bn, just under US$ 4bn was insured. In October, torrential rainfall again resulted in disastrous flooding in the southeast of the country. However, losses were not as severe as those at the start of the year. Overall, floods in Australia caused losses of US$ 8.1bn last year, of which US$ 4.7bn was insured.

Natural cycles play an important role in Australian flood risk, as torrential rainfall is much more likely during La Niña years. However, researchers now believe that climate change is additionally influencing the intensity of the rainfall. The same is true for bushfires and heatwaves, which tend to occur in El Niño years, the opposite phase to La Niña.