Natural catastrophes and man-made disasters in 2018: “secondary” perils on the frontline 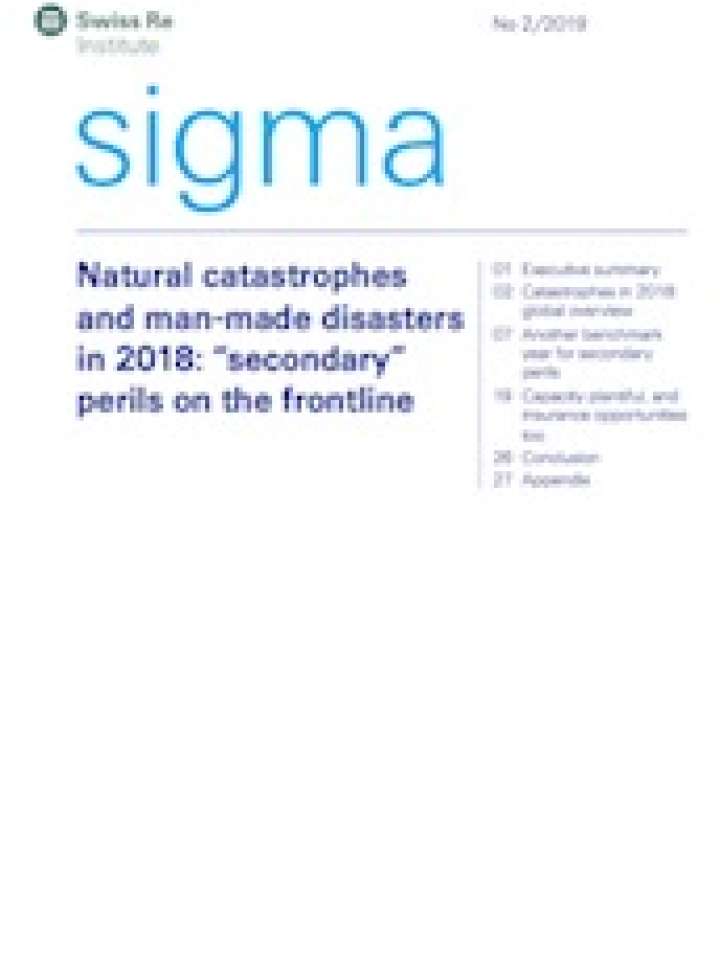 This report provides an overview of the losses and damages caused by natural catastrophes and man-made disasters in 2018.

Losses from secondary perils have been rising due to rapid development in areas exposed to severe weather and warmer temperatures. It is a trend expected to continue given ongoing urbanisation in areas exposed to flood and fire risk, among others, and because of climate change.