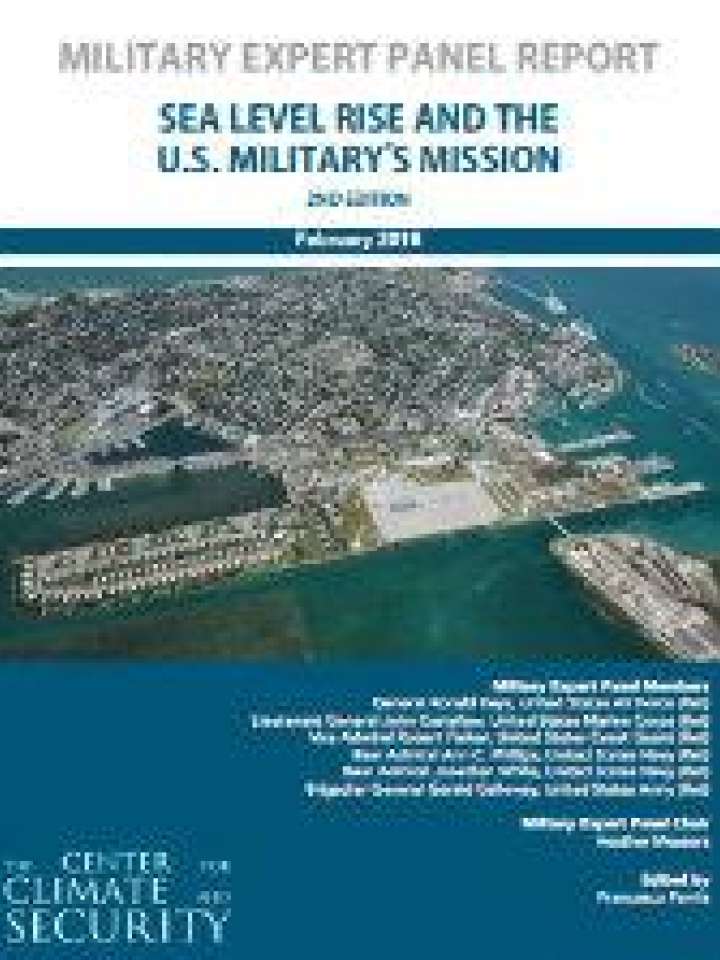 This report looks out in time to assess current and projected effects of sea level rise happening simultaneously across a broad range of U.S. military infrastructure domestically and globally, and the resulting effects on the services’ ability to train, mobilize, operate and fulfill strategic objectives. This report is an attempt to present a clearer understanding of sea level rise risks, what these risks mean for U.S. armed forces, what they mean for U.S. national security, and how to construct processes that respond with foresight to future risks.

This 2nd edition includes new information released by the Department of Defense (DoD) since 2016, the inclusion of additional analysis on the vulnerability of energy and transportation infrastructure around military infrastructure, and new maps showing projections for sea level rise and storm surge where that military infrastructure resides. The report is not an exhaustive assessment of all the climate risks and vulnerabilities that military installations face – not least as other significant risks such as drought and wildfire are not a part of this analysis. However, the report does attempt to synthesize research done by the DoD, Congress and independent researchers, explores a range of case studies, analyzes what those findings mean for military readiness, operations and strategy, and lays out areas that deserve more attention.