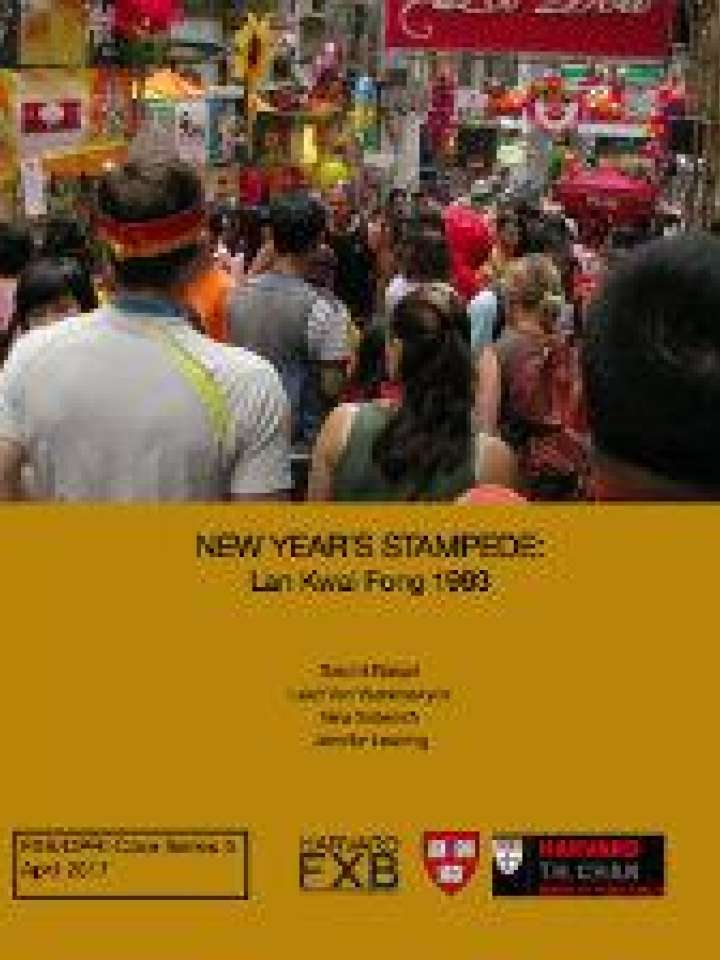 This case study is suitable to be used for learning about stampedes, emergency response in mass gathering/casualty events, and the importance of disaster preparedness at all stages of the disaster cycle - mitigation, preparedness, response and recovery. You will be provided a Video Case and a Case Document in your learning.

In this exercise, you will play the role of a public health expert with a focus on hazard mitigation in an extremely complex system. Identifying the key local and national actors that can most effectively disseminate information and best practices leading up to the mass gathering will be an essential aspect of your role. You should also be very specific about which essential components of an impending mass gathering you think you can actually improve through these outreach activities.

On January 1st 1993, at approximately 12:05 a.m., a crowd of New Year’s Eve revellers emptied out of bars in Lan Kwai Fong in Hong Kong’s Central District. As some 20,000 people began to push in the small, sloped streets and alleys, it took only moments for some to fall on roads slick with the foam of sprayed beer and champagne. In the ensuing moments, a total of 63 people, mostly under the age of 20, were injured with 21 fatalities due to crushing and asphyxiation. The Lan Kwai Fong stampede would go down in history as a shocking tragedy for Hong Kong. In its wake, public health officials tried to make sense of the risk presented by the gathering, and the factors that contributed to the behavior of the crowd. By studying the Case Study, you will experience the work of a government official of the Security Bureau of Hong Kong. To begin, you will be informed with the background and aftermath of the Stampede Disaster of Lan Kwai Fong in 1993. Then, the Bokhary Report was be introduced which has highlighted the causal factors of the Stampede. The Case Study will be concluded with current understanding of the cause and prevention of Stampede. You will be encouraged to reflect on the case and involve in further discussion.