Landslides triggered by Hurricane Maria: assessment of an extreme event in Puerto Rico 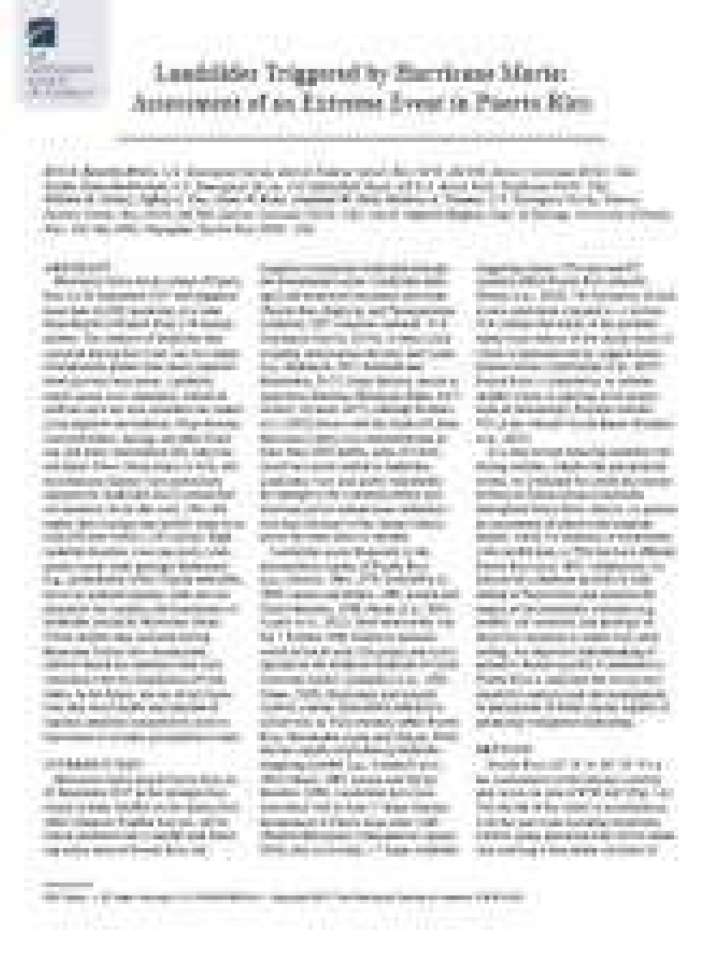 Using satellite-based soil moisture data and correlating this with the distribution of landslides during Hurricane Maria, this paper suggests that the future use of soil moisture data could enable assessments of regional landslide susceptibility prior to hurricanes or extreme precipitation events.

Hurricane Maria hit the island of Puerto Rico on 20 September 2017 and triggered more than 40,000 landslides in at least three-fourths of Puerto Rico’s 78 municipalities. The number of landslides that occurred during this event was two orders of magnitude greater than those reported from previous hurricanes.

Landslide source areas were commonly limited to surficial soils but also extended into underlying saprolite and bedrock. Slope failures occurred before, during, and after flooding, and many transitioned into long runout debris flows. Steep slopes in hilly and mountainous regions were particularly impacted by landslides due to antecedent soil moisture levels that were 11%–13% higher than average and rainfall totals of at least 250 mm within a 48 h period. High landslide densities were especially widespread across some geologic formations (e.g., granodiorite of the Utuado batholith); however, bedrock geology alone did not determine the location and distribution of landslides caused by Hurricane Maria.