Iraq: Impact of flood by possible failure of the Mosul dam 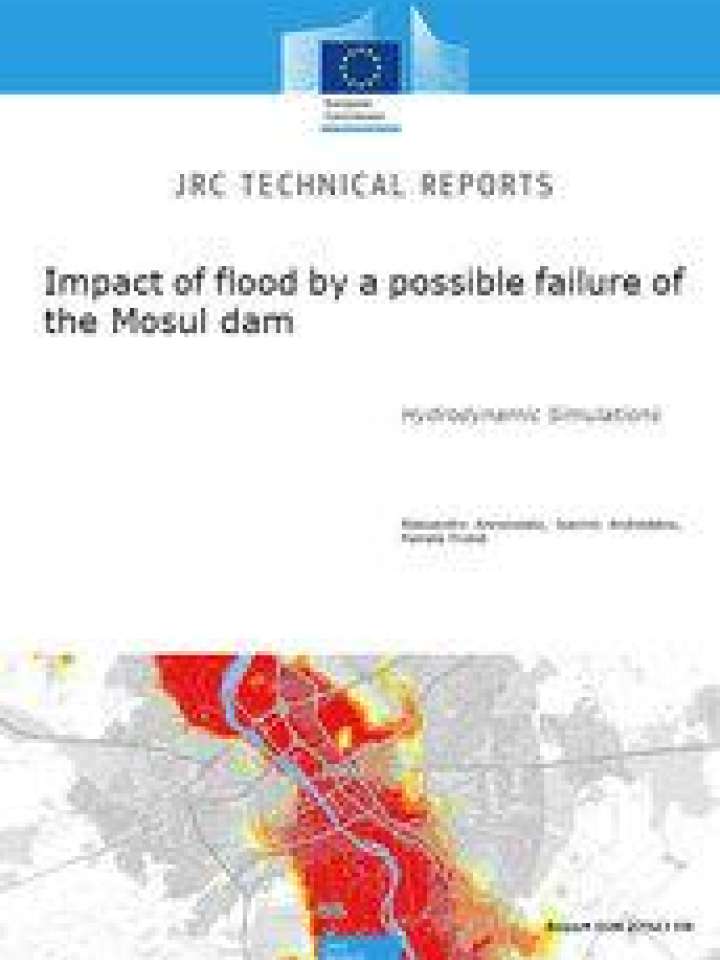 The dam of Mosul on the Tigris river in northern Iraq is the largest in the country and holds around 11 km3 of water. During the recent conflict, maintenance has again been disrupted and signs at the dam have triggered renewed concerns. As a result, the government of Iraq has contracted the Italian engineering company Trevi to undertake remedial work on the dam.

The main scenario analysed in this study, where the dam is 26% destroyed, the level of the lake is at its maximum value of 330m, and most of the lake’s water is allowed to flow out fast, results in a very high wave of water (in places 25m high, mean height around 12m) arriving at Mosul city after 1h40min. The capital Baghdad is reached after about 3.5 days with a max water height of 8m and a mean of around 2m.

The simulations suggest that in the above scenario a total of more than 6 million people (close to one sixth of the country’s population) will be affected by floodwaters, with two million of them facing water of more than 2m. Water heights of more than 10m would inundate an area with 270 000 people, most of them in Mosul city and its surroundings, whose lives, houses and infrastructure would risk complete destruction.