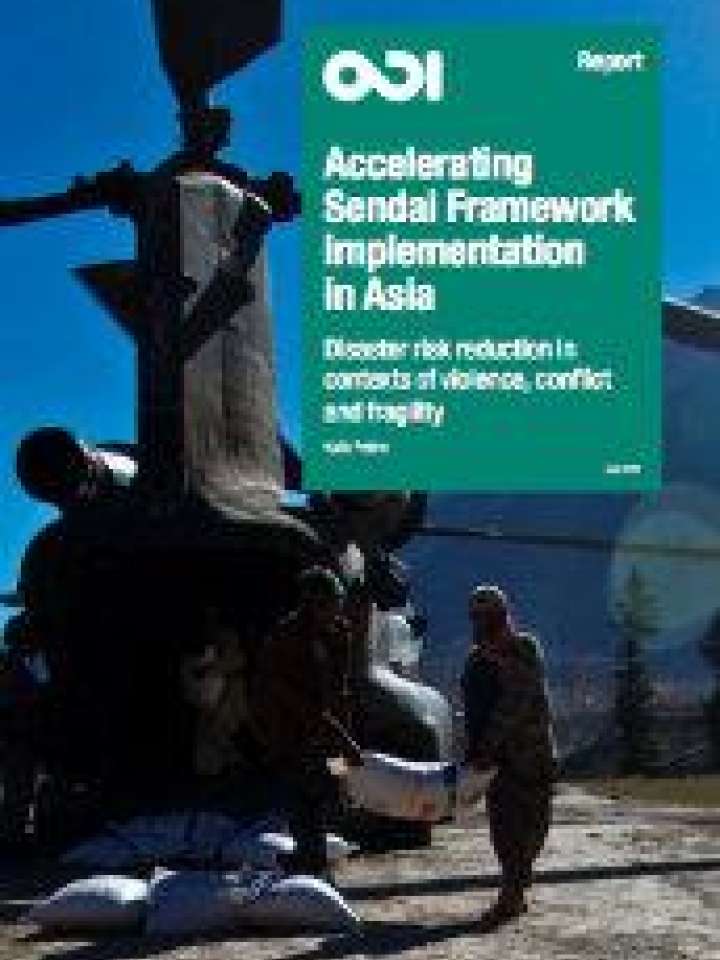 This report explores the links between disasters and conflict in Asia, with a view to supporting accelerated implementation of the Asia Regional Plan, Target E and the Sendai Framework.

Just under half of all global disasters occurred in the Asia-Pacific region between 2000 and 2017. The area accounts for more than half of global disaster mortality and significant disaster displacement. The impacts of disasters are especially severe in fragile and conflict-affected contexts: 55% of disaster deaths in Asia between 1997 and 2016 took place in the region’s four most fragile countries.

Disasters are neither natural nor conflict-neutral, but the product of a combination of hazard, exposure, vulnerability and (lack of) capacity, all of which turn a hazard into a disaster. The constituent components of disaster risk are therefore governed by the socio-economic and political conditions in which people live. Conditions of violence, conflict and fragility are part and parcel of the discussion on how, where and when disasters happen – and need to be part of the conversation about how disaster risk can be reduced.