When cyclones and conflicts collide 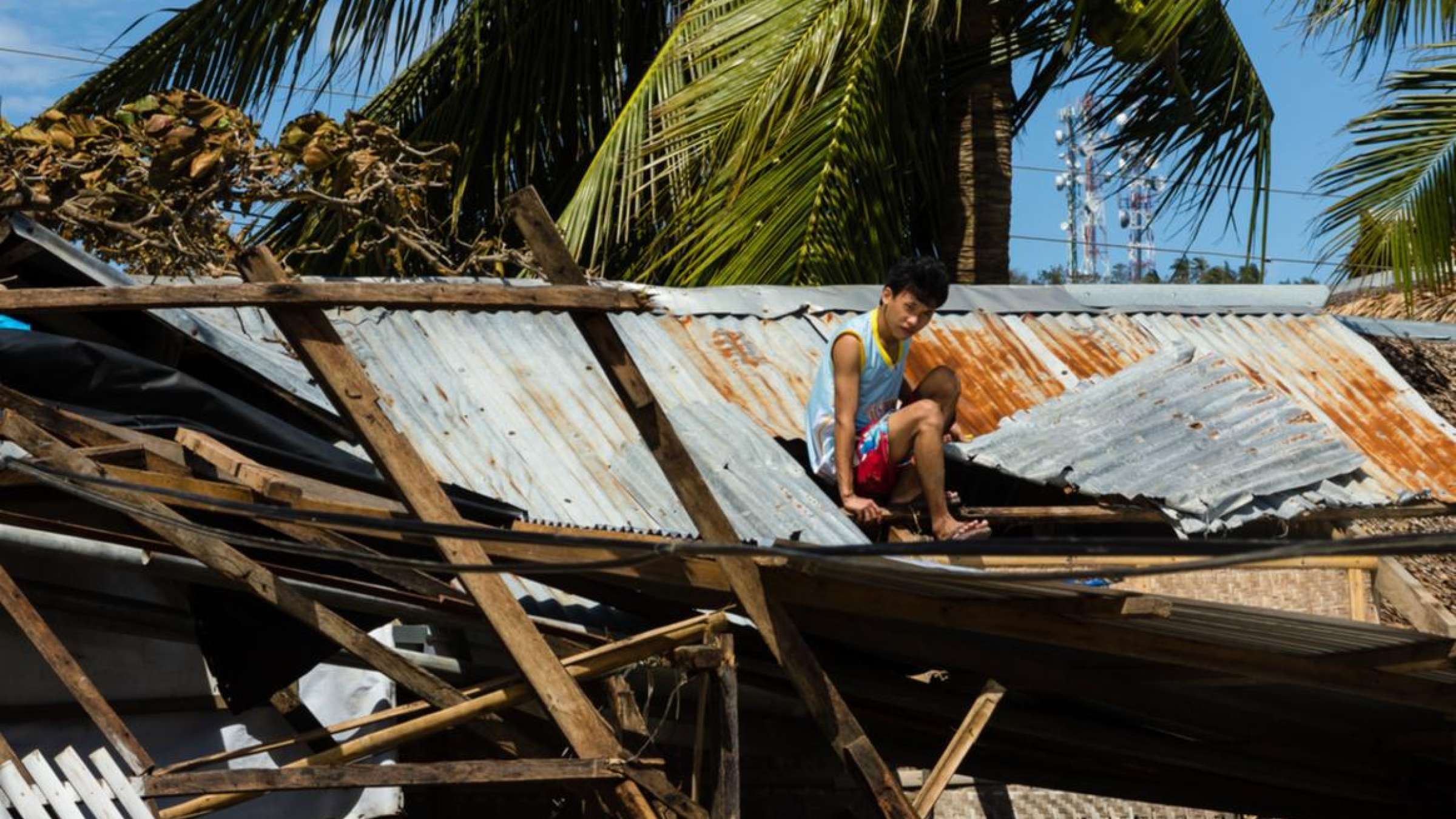 New research might identify communities vulnerable to political violence in the aftermath of natural disasters.

Relationships between extreme weather and subsequent violence can be fiendishly complex to disentangle. But these links are becoming increasingly relevant as weather extremes become more frequent because of climate change. A new project led by two U.S. researchers is tackling one important question: What impact do tropical cyclones have on armed conflict?

Cyclones (also known as hurricanes or typhoons) are tropical storms that bring a range of threats to human life, mostly linked with floodwaters and strong winds. Limited resources in the aftermath of extreme weather events can also amplify existing tensions between rival groups.

On the other hand, disaster responses can present a window of opportunity for peace processes. That was the case in Indonesia following the 2004 tsunami, which helped bring an end to the conflict between the Indonesian military and the Free Aceh Movement (GAM).

“We’re trying to understand the direction and the timing of the relationship between natural hazards and incidences of political violence,” said Elizabeth Tennant, a postdoctoral associate at Cornell University’s SC Johnson College of Business. Tennant will be discussing the project at AGU’s Fall Meeting 2020, along with her research partner Elisabeth Gilmore, an associate professor of environmental science and policy at Clark University.

“Hazards are not the same as disasters.”

This project is part of an emerging field that is bridging the gaps between traditional studies of climate hazards, conflict, and migration. Research has established that people displaced by conflicts are more vulnerable to the immediate impact of natural hazards. However, it is also important to identify communities that may be exposed to organized violence in the following weeks, months, and years.

“Hazards are not the same as disasters,” said Tennant. She explained that identical monsoons, for instance, could have very different impacts on different nations depending on the preparedness and resilience of each location. Indeed, Tennant and Gilmore recently published a study observing that nations with higher levels of government effectiveness tend to see fewer cyclone deaths, independent of other confounding factors such as gross domestic product.

Tracking Turbulence in the Philippines

Tennant and Gilmore are expanding their work to investigate the causal relationships between cyclones and violent conflicts. They are combining a high-resolution tropical cyclone model with mortality data from the Uppsala Conflict Data Program, restricted to armed force by organized actors. This approach enables the researchers to directly observe correlations between hazards and violence, rather than limiting the study to the impacts of recognized disasters.

In a pilot study of the Philippines, Tennant and Gilmore provide evidence that exposure to tropical cyclone hazards leads to a rise in the number of deaths due to civil conflict.

The initial findings chime with an earlier study by Joshua Eastin of Portland State University. He found that precipitation shocks in the Philippines—caused by storms, droughts, and floods—corresponded to significant escalations in conflict violence across the four major insurgencies fought from 2001 to 2007.

Eastin cautioned, however, that it is tricky to pinpoint exactly how this violence was linked with weather events. Disasters in the Philippines often lead to temporary cease-fires between government forces and armed groups such as the Communist Party of the Philippines–New People’s Army.

“These cease-fires are always temporary measures, are often tactical, and usually break down as quickly as they begin,” said Eastin. “These periods provide numerous opportunities for contestation and corruption and can be leveraged by violence entrepreneurs to sow chaos and antistate sentiment.”

One of the major motivations behind these climate-linked conflict studies is to provide scientific evidence for policymaking. Several researchers unconnected to Tennant and Gilmore’s project believe such studies can help to inform policy. “If natural hazards are particularly likely to result in more violence in areas with lower school attendance, then focusing on school policies would be a good idea,” said Siri Aas Rustad of the Peace Research Institute Oslo in Norway.

Part of the challenge of the studies is building connections between different policy areas, including disaster risk reduction, conflict prevention, and sustainable development initiatives. “The main problem of the policy world is the compartmentalization of the named policy fields,” said Michael Brzoska of the Institute for Peace Research and Security Policy at the University of Hamburg in Germany. Brzoska said that policymakers are responding to the threat of climate-related violence, however, and a new field of environmental peace building is beginning to emerge.

Of course, cooperation between policymakers and academics is a two-way street, and the onus is also on academic researchers to design relevant and focused studies. “To be more useful for policymakers, researchers need to pay further attention to local contexts and pathways connecting disaster to conflict, as well as to peaceful adaptation and cooperation in the face of environmental stress,” said Tobias Ide, an environmental policy researcher at the University of Melbourne in Australia.

Read the original story here
Share this
Attachments
Download file
Related information
Related links
Philippines: Anticipating cyclones is difficult - but not impossible
Millions of people forced from their homes due to conflict and disasters in first half of 2019
Can Sendai Framework for disaster risk reduction help with conflict prevention?
Over one billion people at threat of being displaced by 2050 due to environmental change, conflict and civil unrest
Why landslides in Bangladesh’s former conflict zone are becoming deadlier
Keywords
Hazards
Cyclone
Themes
Fragility and conflict
Country & Region
Philippines