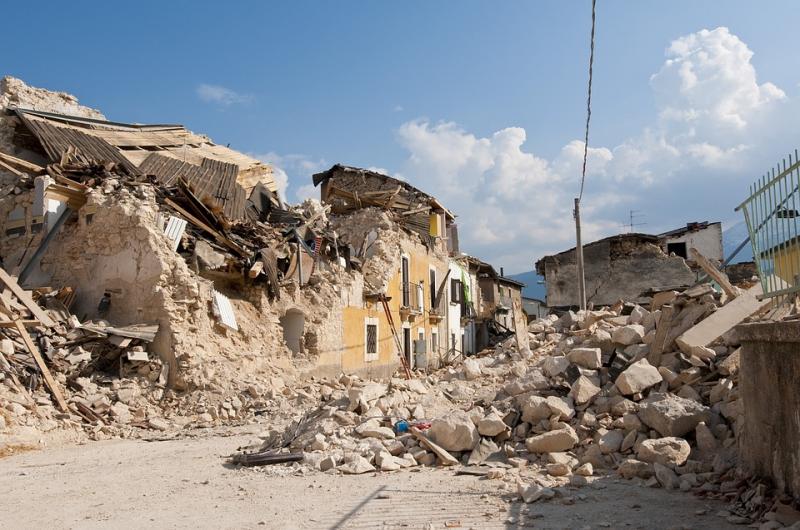 2018 was the fourth costliest year since 1980 in terms of insured losses. This was due to an accumulation of severe and costly events in the second half of the year.

When compared with the record losses of the previous year from Hurricanes Harvey, Irma and Maria, the indications at the start of 2018 were that it would be a more moderate year. However, the second half of the year saw an accumulation of billion-dollar losses from floods, tropical cyclones in the US and Japan, wildfires and earthquakes. The overall economic impact was US$ 160bn, of which US$ 80bn was insured.

A comparison with the last 30 years shows that 2018 was above the inflation-adjusted overall loss average of US$ 140bn. The figure for insured losses – US$ 80bn – was significantly higher than the 30 year average of US$ 41bn. 2018 therefore ranks among the ten costliest disaster years in terms of overall losses, and was the fourth costliest year since 1980 for the insurance industry.

In particular, Hurricanes Michael and Florence in the Atlantic, and Typhoons Jebi, Mangkhut and Trami in Asia all left their mark. Overall losses from tropical cyclones in 2018 came to roughly US$ 57bn, of which US$ 29bn was insured. There was also an extremely high impact from wildfires in California that produced overall losses of US$ 24bn and insured losses of US$ 18bn. Over the course of the year, 29 events each resulted in an overall loss of US$ 1bn or more.

Roughly 50% of global macroeconomic losses from natural catastrophes in 2018 were insured, a significantly higher percentage than the long-term average of 28%. North America accounted for 68% of insured losses, Asia for 23% and Europe for 8%. The remaining losses of less than 1% were divided between South America, Africa, Australia and Oceania.

Payouts by the insurance industry helped to boost catastrophe resilience, in other words, the ability after a disaster to return to normality as quickly as possible. However, industrialised countries still account for the vast majority of insurance payouts following natural catastrophes. There has been a steadily growing willingness in these countries to take out cover against natural hazards since the 1980s. The situation with insurance protection in emerging and developing countries is quite different, despite the fact that, for financially weak and low-income countries, improving risk management and resilience-building systems is an important way of mitigating the impact of humanitarian disasters and promoting sustainable economic growth.

Regrettably, 10,400 people around the world lost their lives in natural disasters this year. This groups 2018 with the years 2016, 2014, 2000, and three other years in the 1980s, in which the victim toll was around 10,000. Geophysical events accounted for 34% of all fatalities. This is much lower than the 49% figure over the period 1980–2017. Storm events claimed 24% of the victims, roughly the same as the 26% average since 1980. However, the picture was very different for the number of lives lost in flood events. This year's figure of 35% was substantially higher than the 14% average. The reason for this was large-scale flood events in Asia and Africa.

Earthquakes with and without tsunamis in August, September and December in Indonesia claimed the lives of over 3,000 people. These proved to be the events with the highest number of fatalities in 2018, followed by floods in India, Japan and Nigeria. Worldwide, 273 people were killed in wildfires over the course of the year. This is the second highest number in the time series since 1980 and is only surpassed by the extensive fires in Indonesia in 1997, which claimed the lives of 375 people. Heading the list in 2018 were fires in Greece with 100 fatalities and the US with 108.

The Munich Re NatCatSERVICE registered 850 events in 2018. Geophysical events such as earthquakes, tsunamis and volcanic eruptions accounted for 5% of the total. Storms made up 42%, floods, flash floods and landslides 46%, while 7% fell into the categories of heat, cold and wildfire. Generally speaking, the distribution followed the long-term trend towards a greater number of storms and floods. The continents most affected were Asia (43%), North America (20%) Europe (14%) and Africa (13%).

Munich Re categorises events from small loss to major disaster according to overall losses and/or number of victims. On this basis, 12% of events in 2018 fall into the highest categories, 3 and 4 (severe events and catastrophes). Category 2 makes up 28% and category 1 (small-scale loss events) comprises 60%. This continues the trend towards a greater number of small-scale, high-frequency events with a lower magnitude of loss. This is the category most strongly influenced by reporting, and is therefore subject to the greatest uncertainty.

The year in figures – Regional

North America (including Central America and the Caribbean)

163 natural catastrophe events were registered across the American continent, producing overall losses of US$ 82bn, of which US$ 53bn was insured. More than 800 people lost their lives. The highest number of fatalities was 165 from the de Fuego volcanic eruption in Guatemala. A heatwave in Canada in June and July, mainly affecting the greater Montreal region, pushed temperatures above 35°C. It is anticipated that there are an additional 100 fatalities from this event when compared with average annual mortality.

South America experienced an extremely low number of natural disasters in 2018. The NatCatSERVICE database registered just 51 significant events. A total of 144 people were killed and losses amounted to some US$ 1bn. There were 72 hydrological events, consisting primarily of flooding, flash floods and landslides. Other categories included storms (20%), earthquakes (6%) and climatological events (around 2%).

Europe can look back on a loss year that was similar to 2014, 2015 and 2017, with a total of 113 events and overall losses of US$ 16bn (€13.5bn). Some US$ 6bn (€5bn) was paid out in insured losses. In particular, the severe drought that affected large areas of Europe in 2018 resulted in widespread losses in agriculture and forestry. This drought produced an overall loss of around US$ 3.9bn (€3.3bn), making it the year's costliest event in Europe. Only a small portion of this (US$ 280m or €230m) was insured. In addition, two winter storms, Friederike and Burglind, swept across Europe in January, leaving in their wake overall losses of US$ 4bn (€3.1bn), of which around US$ 3bn (€2.4bn) was insured. In mid-October, the remnants of Tropical Storm Leslie battered France, Portugal and Spain. With wind speeds of up to 170 km/h, accompanied by heavy rainfall, the US$ 350m (€310m) in property damage was mainly caused by flash floods and landslides. Roughly US$ 50m of the total was insured. Shortly afterwards, a further storm developed that primarily affected Italy, Croatia and Slovenia along the Adriatic coast. In some cases, strong gusts of the local Bora wind swept over coastal regions. Losses came to US$ 3.5bn (€3bn), making this the second costliest event in Europe after the drought. The deadliest events in 2018 also included the wildfires in Greece, which claimed 100 lives, and a cold snap in February and March that led to 77 fatalities.

Around 100 significant events were registered for the continent of Africa. Almost 1,200 people were killed, the majority in flood events and flash floods in Nigeria and Kenya. Overall losses for 2018 are estimated at US$ 1.4bn. Because of the low insurance density, however, insured losses are extremely low.

Asia was the worst affected continent in terms of the number of events. It accounted for 43% of all events worldwide and for 74% of fatalities in 2018. Overall losses came to US$ 59bn. This corresponds to roughly 37% of the global loss burden. US$ 18bn of the total was insured, which corresponds to just 24% of insurance industry payouts worldwide. A total of 7,750 people lost their lives in natural disasters in the region, with Japan and Indonesia particularly affected.

In Japan, even though just 14 events were registered, these included five events with losses in excess of one billion dollars. In July, intense rainfall led to flooding, accompanied in some cases by severe flash floods and landslides in a number of major cities, including Hiroshima, Kyoto and Osaka. Overall losses came to US$ 9.5bn and insured losses to US$ 2.4bn. In September, the two tropical storms Jebi and Trami made landfall, causing widespread devastation. Here too, losses mounted up, and together the two storms produced overall losses of US$ 15.9bn, with insured losses of roughly US$ 11.6bn. Two earthquake events also accounted for a substantial portion of the loss burden. In June and September, quakes struck the prefectures of Osaka and Hokkaido, pushing losses up by a further US$ 9bn. Japan suffered US$ 34bn in losses from natural disasters in 2018, of which US$ 16bn was insured.

Indonesia was hit extremely hard by tsunami events. These were triggered by earthquakes and undersea landslides that occurred on the slopes of the active volcano Anak Krakatau. In September, a tremor near the city of Palu and a subsequent tsunami killed more than 2,000 people and caused billions of dollars in property damage. Towards the end of the year, another tsunami occurred after the volcano Anak Krakatau erupted. An underwater landslide triggered a tsunami that claimed more than 400 victims. The loss for insurers is likely to be slight, as few of those affected were insured. Higher insurance penetration in such countries could help them deal more swiftly with the financial consequences of natural disasters.

Around 40 events in Australia and Oceania caused overall losses of approximately US$ 1.5bn, of which US$ 540m was insured. On 20 December, a hailstorm in Sydney caused insured losses of at least US$ 200m, making it one of Australia’s ten largest hail losses of all time. Smaller losses were incurred in Australia and New Zealand from cyclones, storms, wildfires and flash floods. Overall losses from individual events, such as the earthquake in Papua New Guinea in February, and Cyclone Gita in Tonga, remained in the low hundreds of millions of dollars. 164 people lost their lives in the region, the majority of them in the earthquake on Papua New Guinea.

Counting the cost: a year of climate breakdown

Disaster loss data in monitoring the implementation of the Sendai Framework