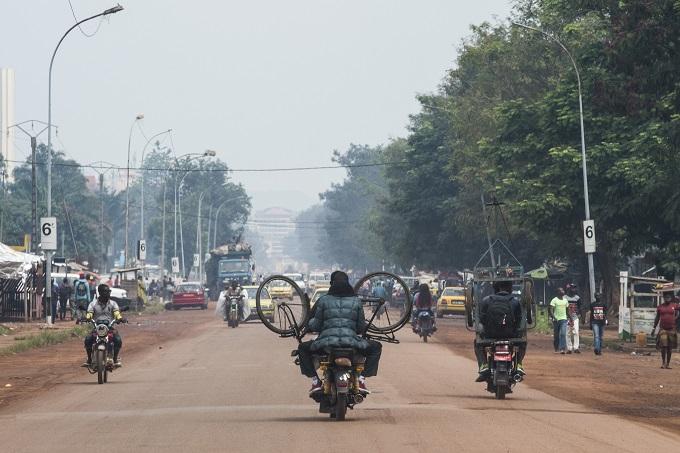 Transport in its many forms – from tuk-tuks in Thailand to futuristic self-driving electric cars – is ubiquitous in the lives of everyone on the planet. For that reason, it is often taken for granted – unless we are caught in congestion, or more dramatically, if the water truck fails to arrive at a drought-stricken community in Africa.

It is easy to forget that transport is a crucial part of the global economy. Overall, countries invest between $1.4 to $2.1 trillion per year in transport infrastructure to meet the world’s demand for mobility and connectivity. Efficient transport systems move goods and services, connect people to economic opportunities, and enable access to essential services like healthcare and education. Transport is a fundamental enabler to achieving almost all the Sustainable Development Goals (SDGs), and is crucial to meet the objectives under the Paris agreement of limiting global warming to less than 2°C by 2100, and make best efforts to limit warming to 1.5°C.

But all of this depends on well-functioning transport systems. With the effects of climate change, in many countries this assumption is becoming less of a given. The impact of extreme natural events on transport—itself a major contributor to greenhouse gas emissions—often serve as an abrupt reminder of how central it is, both for urgent response needs such as evacuating people and getting emergency services where they are needed, but also for longer term economic recovery, often impaired by destroyed infrastructure and lost livelihoods. A country that loses its transport infrastructure cannot respond effectively to climate change impacts.

One of the announcements from last year’s Marrakesh COP22 was the Declaration on Adaptation in Transport from the Paris Process on Mobility and Climate Change (PPMC), that identified the urgent need to integrate adaptation and disaster risk management in transport planning and deployment.

A very concrete outcome of those efforts was showcased this year at the Fiji COP23: I recently attended the launch of an important World Bank report that underlines the institution’s commitment to this agenda, offering new insights on how to reduce disaster impact on an especially vulnerable group of countries.

Entitled Climate and Disaster Resilient Transport in Small Island Developing States: A Call for Action, the report lays out a new, tailored approach to increasing disaster resilience in those countries. Small Island Developing States (SIDS) are an extreme example of the risks that natural disasters pose to developing countries. In the Caribbean, average annual loss from hurricanes is estimated at $835 million, in the Pacific, this number is $178 million. A single event can have devastating impacts in the relative small economies of SIDS. The recent events in the Caribbean (i.e. Hurricanes Irma and Maria) make this painfully clear. The disasters left not only a path of destruction and human/economic losses, they were also a stark confirmation to governments and development agencies that lack of transport services can compound human and economic losses, and greatly delay restoration of critical services.

What makes resilient transport especially critical for SIDS are the large recovery costs, the dependency on infrastructure for which there is no redundancy, and the major role transport systems play in their economies. Transport often represents a large share of public assets in small islands, for example in Dominica transport assets are valued at 82% of GDP, and in Fiji, 1/3 of the total government budget is spent on the transport sector. At the same time, many small developing islands do not have much economic diversification and have low capacity to cope with disasters. Transport systems damaged by torrential rains, floods and other disasters aggravate this significantly, resulting in major losses to the general well-being of the population. Income from sectors such as tourism, fishing, and agriculture can be greatly reduced, and people lose access to schools and hospitals. All of this worsens long-term economic losses and makes recovery more difficult.

The good news is that it is possible to significantly reduce disaster vulnerability and costs in SIDS. The report notes that resilient transport policies alone could decrease the impact of natural disasters on population well-being by 13 to 25% in small island countries. To achieve this, it points to a new strategic approach to investments in transport asset management, which factor in climate change and disaster risks, such as placement of transport infrastructure away from high risk locations, physical protection against hazards, application of innovative materials and construction designs, infrastructure maintenance, and deployment of early warning systems.

The report proposes a coordinated approach that contributes to the World Bank Group’s twin goals of eradicating extreme poverty and sharing prosperity, and is based on fundamentals from the infrastructure lifecycle, providing an opportunity to integrate risks into investments in a holistic and systematic manner.

Using many real case studies from across the globe, and with key contributions from numerous SIDS, the report lays out a path forward for replicating best practices and deploying resilient transport infrastructure in SIDS. However, to address less frequent but unpredictable high-impact events, small island developing states will need better access to financial instruments. There are existing resources, such as the Global Facility for Disaster Reduction and Recovery (GFDRR), managed by the World Bank, that provide risk finance and transfer facilities, but these efforts need to be strengthened with additional financial resources.

A more resilient transport sector can be vital for many countries. As the Hon. Aiyaz Sayed-Khaiyum, Minister of Economy of Fiji, noted during the launch: “Small Island Developing States bear the brunt of climate change, in some cases threatening their very existence. The report is a valuable contribution to help countries such as Fiji respond to this ever more urgent challenge, adopting solutions tailored to our special circumstances, and mobilizing the needed international adaptation finance.”