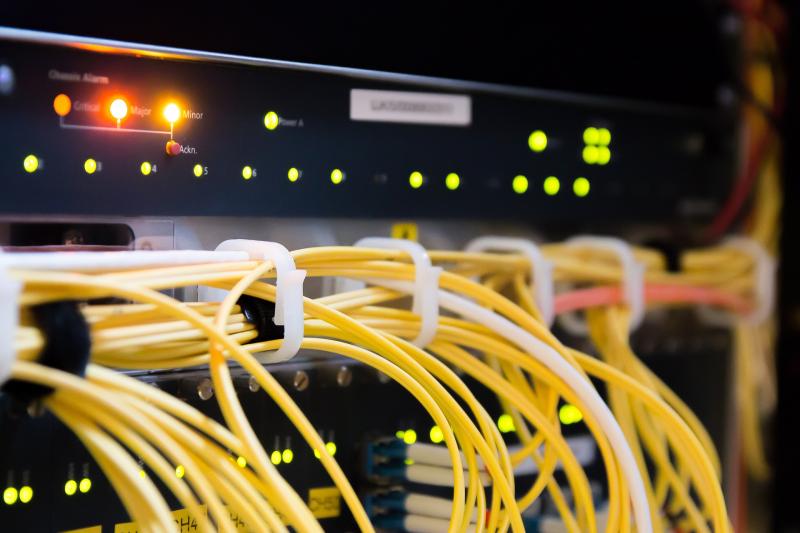 The same optical fibers that deliver high-speed internet and HD video to our homes could one day double as seismic sensors for monitoring and studying earthquakes.

Biondo Biondi, a professor of geophysics at Stanford’s School of Earth, Energy & Environmental Sciences, dreams of turning that dense network into an inexpensive “billion sensors” observatory for continuously monitoring and studying earthquakes.

Over the past year, Biondi’s group has shown that it’s possible to convert the jiggles of perturbed optical fiber strands into information about the direction and magnitude of seismic events.

The researchers have been recording those seismic jiggles in a 3-mile loop of optical fiber installed beneath the Stanford University campus with instruments called laser interrogators provided by the company OptaSense, which is a co-author on publications about the research.

“We can continuously listen to – and hear well – the Earth using preexisting optical fibers that have been deployed for telecom purposes,” Biondi said.

Currently researchers monitor earthquakes with seismometers, which are more sensitive than the proposed telecom array, but their coverage is sparse and they can be challenging and expensive to install and maintain, especially in urban areas.

By contrast, a seismic observatory like the one Biondi proposes would be relatively inexpensive to operate. “Every meter of optical fiber in our network acts like a sensor and costs less than a dollar to install,” Biondi said. “You will never be able to create a network using conventional seismometers with that kind of coverage, density and price.”

Such a network would allow scientists to study earthquakes, especially smaller ones, in greater detail and pinpoint their sources more quickly than is currently possible. Greater sensor coverage would also enable higher resolution measurements of ground responses to shaking.

“Civil engineers could take what they learn about how buildings and bridges respond to small earthquakes from the billion-sensors array and use that information to design buildings that can withstand greater shaking,” said Eileen Martin, a graduate student in Biondi’s lab.

From backscatter to signal

Optical fibers are thin strands of pure glass about the thickness of a human hair. They are typically bundled together to create cables that transmit data signals over long distances by converting electronic signals into light.

Biondi is not the first to envision using optical fibers to monitor the environment. A technology known as distributed acoustic sensing (DAS) already monitors the health of pipelines and wells in the oil and gas industry.

“How DAS works is that as the light travels along the fiber, it encounters various impurities in the glass and bounces back,” Martin said. “If the fiber were totally stationary, that ‘backscatter’ signal would always look the same. But if the fiber starts to stretch in some areas — due to vibrations or strain — the signal changes.”

Previous implementation of this kind of acoustic sensing, however, required optical fibers to be expensively affixed to a surface or encased in cement to maximize contact with the ground and ensure the highest data quality. In contrast, Biondi’s project under Stanford — dubbed the fiber optic seismic observatory — employs the same optical fibers as telecom companies, which lie unsecured and free-floating inside hollow plastic piping.

“People didn’t believe this would work,” Martin said. “They always assumed that an uncoupled optical fiber would generate too much signal noise to be useful.”

But since the fiber optic seismic observatory at Stanford began operation in September 2016, it has recorded and cataloged more than 800 events, ranging from manmade events and small, barely felt local temblors to powerful, deadly catastrophes like the recent earthquakes that struck more than 2,000 miles away in Mexico. In one particularly revealing experiment, the underground array picked up signals from two small local earthquakes with magnitudes of 1.6 and 1.8.

“As expected, both earthquakes had the same waveform, or pattern, because they originated from the same place, but the amplitude of the bigger quake was larger,” Biondi said. “This demonstrates that fiber optic seismic observatory can correctly distinguish between different magnitude quakes.”

Crucially, the array also detected and distinguished between two different types of waves that travel through the Earth, called P and S waves. “One of our goals is to contribute to an early earthquake warning system. That will require the ability to detect P waves, which are generally less damaging that S waves but arrive much earlier,” Martin said.

The fiber optic seismic observatory at Stanford is just the first step toward developing a Bay Area-wide seismic network, Biondi said, and there are still many hurdles to overcome, such as demonstrating that the array can operate on a city-wide scale.