What does climate change mean for Asia’s future infrastructure? 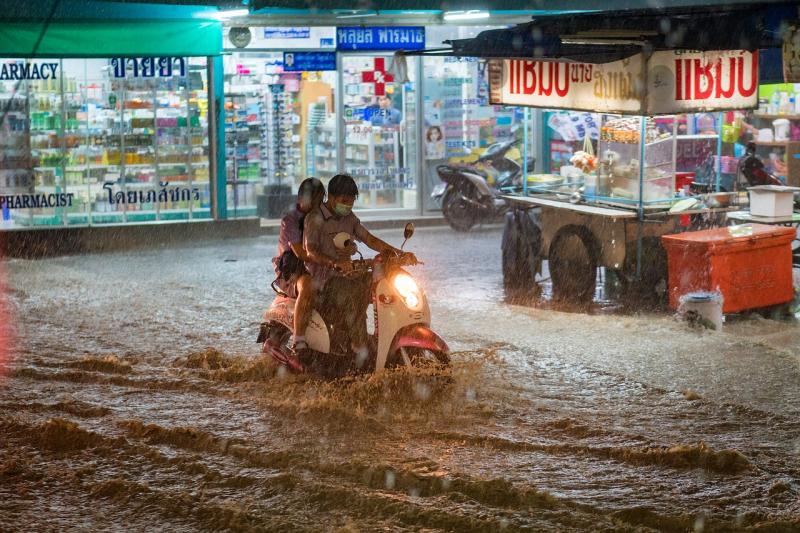 Fractured roads, shattered rail links, ruined water wells, broken power lines. They’re distressing facts of life for many communities in Asia and the Pacific, even as countries invest more than ever to improve their infrastructure.

Increasingly, climate change is the culprit. Its impacts include stronger and more frequent natural disasters, like the deadly floods and landslides that recently affected Bangladesh, India, and Sri Lanka. No less destructive are gradual impacts like erosion and encroaching salinity, which can collapse roads and taint vital water supplies.

In the Asian Development Bank’s (ADB) 45 developing member countries disaster losses averaged $126 million a day between 2006 and 2015. Left unchecked, the toll on the region’s infrastructure will grow even higher as climate change escalates.

How should countries respond? In a new report, Meeting Asia’s Infrastructure Needs, ADB highlights the importance of “climate proofing” infrastructure through measures such as elevating road embankments to safeguard against flooding, relocating water intake and treatment facilities away from vulnerable areas, and improving design and maintenance of all infrastructure.

These measures are often called climate change adaptation. But simply adapting won’t be enough. It’s even more important that countries help to mitigate future warming by investing in technologies that emit fewer greenhouse gases. “Greener” infrastructure will play a key role in restricting global mean temperature increase to less than 2 degrees above pre-industrial levels, as mandated under the 2015 Paris Agreement. This will require larger investments in clean energy, smart grids, better energy storage and efficiency, and where possible carbon capture and storage.

The bill will be steep. ADB forecasts that Asia needs to invest $1.5 trillion a year in infrastructure from 2016 until 2030 to keep pace with economic growth. The estimated need rises 16% to more than $1.7 trillion a year when climate adaptation and mitigation measures are included. Mitigation costs could tally $200 billion annually, while adaptation costs are estimated at $41 billion a year, mostly for transport infrastructure.

But the costs are vastly outweighed by the long-term benefits. In fact, disaster and climate resilient infrastructure can be quite cheap, especially compared to the cost of inaction. Using affordable advanced technologies to build more robust infrastructure can add as little as 2% to 4% to a project’s overall construction costs.

Mitigation will be costlier. But it is essential to help blunt the climate impacts that threaten the region’s infrastructure. Fossil fuel consumption contributes more than two-thirds of developing Asia’s total carbon emissions. To stay below the 2 degree threshold, these emissions must be cut by three-quarters.

The first priority is to switch to renewable power sources. This task alone will account for the entire $200 billion annual cost of mitigating climate change over the next decade and a half. Mitigation is also important in transport, through shifts from carbon-intensive private cars to cleaner options like public transport and railways. But this is more likely to happen due to policy changes rather than cash investments.

East Asia, particularly the People’s Republic of China, will account for nearly two-thirds of total spending on climate adaptation and mitigation. Its huge energy demands call for large investments in clean power generation, transmission, and distribution.

South Asia won’t be far behind. India’s future infrastructure investment requirements rise to 8.8% of its GDP when adjusted for climate resilience. Southeast Asia faces needs of 5.7%, while in the Pacific the needs are highest at 9.1% of GDP.

These are large numbers. And they will likely rise further given that significant investments will be needed in sectors such as irrigation, disaster risk management, and coastal protection, which are not the focus of Meeting Asia’s Infrastructure Needs.

All the more reason to start investing today. #LetsBuildAsia