Why is there a funding blind spot for disasters in fragile States? 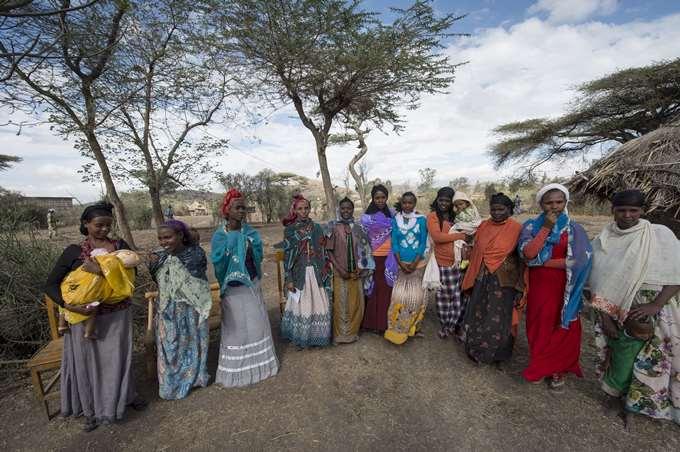 On Monday, the world paused for the first time in the history of humanitarian aid giving to ask itself ‘are we getting it right?’ Among the toughest questions for the first World Humanitarian Summit in Istanbul are those relating to building peace and stability in fragile and conflict affected states – the highest of hanging fruits.

While billions do go each year to help those affected by conflict and disasters in fragile states, in between crises vulnerable and at risk people living in these countries are routinely forgotten. A new ODI report finds that for every $100 in emergency aid spent after a disaster in the top 30 fragile states, just $1.30 is spent to reduce disaster impacts before.

Funders continue this neglect despite evidence that shows these countries have the greatest need; a third of people affected by disasters live in the top 30 fragile states, and 58% of all disaster deaths occur in this same small group of countries.

In addition to the strong moral case for redressing this imbalance, the status quo is just bad economics. While donors must continue their vital work responding to urgent need, failing to also equip a country to manage disasters risks this support – and other achievements and progress – being washed away in the next flood. Or drought. Or earthquake.

Climate finance could go some way towards bridging this funding gap due to various overlaps withDisaster Risk Reduction (DRR) – the practice of reducing, preparing for and managing the impacts of disasters – such as risk analysis and communications systems. Although a good start, it can only offer part of the solution at current funding volumes as fragile and conflict affected states receive just 12% of multilateral climate finance.

But what caused this funding blind spot in the first place, and how can we tackle it?

One of the main reasons is that DRR is simply seen as too much of a challenge in fragile countries. Staff safety may be at risk, and peace-building initiatives – which tend to be the chief priority – can be compromised. There are also practical issues related to poor infrastructure, scarce funding, and competing government priorities.

To address these legitimate concerns, we need to find new ways of working that demonstrate DRR’s added value for peace building and stabilisation – as well as the potential to save more lives and livelihoods.

We therefore need a better understanding of the links between disasters, conflict, and fragility and a major shake up of priorities for the post-2015 era. At the moment, fragile states are the furthest from achieving the Sustainable Development Goals. If DRR in these countries continues to get shoved under the carpet, the world will inevitably miss its 2030 deadline.

Thankfully, there has already been some movement in the right direction at the UN. The new Head of UNISDR Robert Glasser has shown willingness to engage with conflict, saying that ‘embedding disaster risk management in fragile states and making it a part of the very culture of governance is key to the success of the 2030 Development Agenda’.

This presents an opportunity to leverage the UN’s convening powers and create space for learning and discussion around new approaches to DRR in fragile states.

The World Humanitarian Summit is the last opportunity for some time to include the double whammy of disasters and conflict in a major international document – a topic sadly lacking in 2015’s agreements.

The World Humanitarian Summit should commit to:

In addition to signing up to these commitments, governments and funders should pledge their support to other statements on this topic. Without bold and concrete promises on the most difficult of challenges, the first World Humanitarian Summit may well be the last – MSF has already pulled out of the Summit, labelling it a ‘fig-leaf’ for international failures, and Oxfam has branded it an ‘expensive talking shop’.

We must seize the rare opportunity offered by the World Humanitarian Summit to rethink the way we do global development and build a new evidence-based era of humanitarian work.

The challenges of working in fragile states are multiple and complex, many unique to each conflict, but they are not insurmountable if we work together. Let’s start with a commitment to end the shameful neglect of the most vulnerable and at risk people on the planet. Without such confident first steps, the race to 2030 will surely be lost.