United States: A burning chemical plant may be just the tip of Hurricane Laura’s damage in this area of oil fields and industry 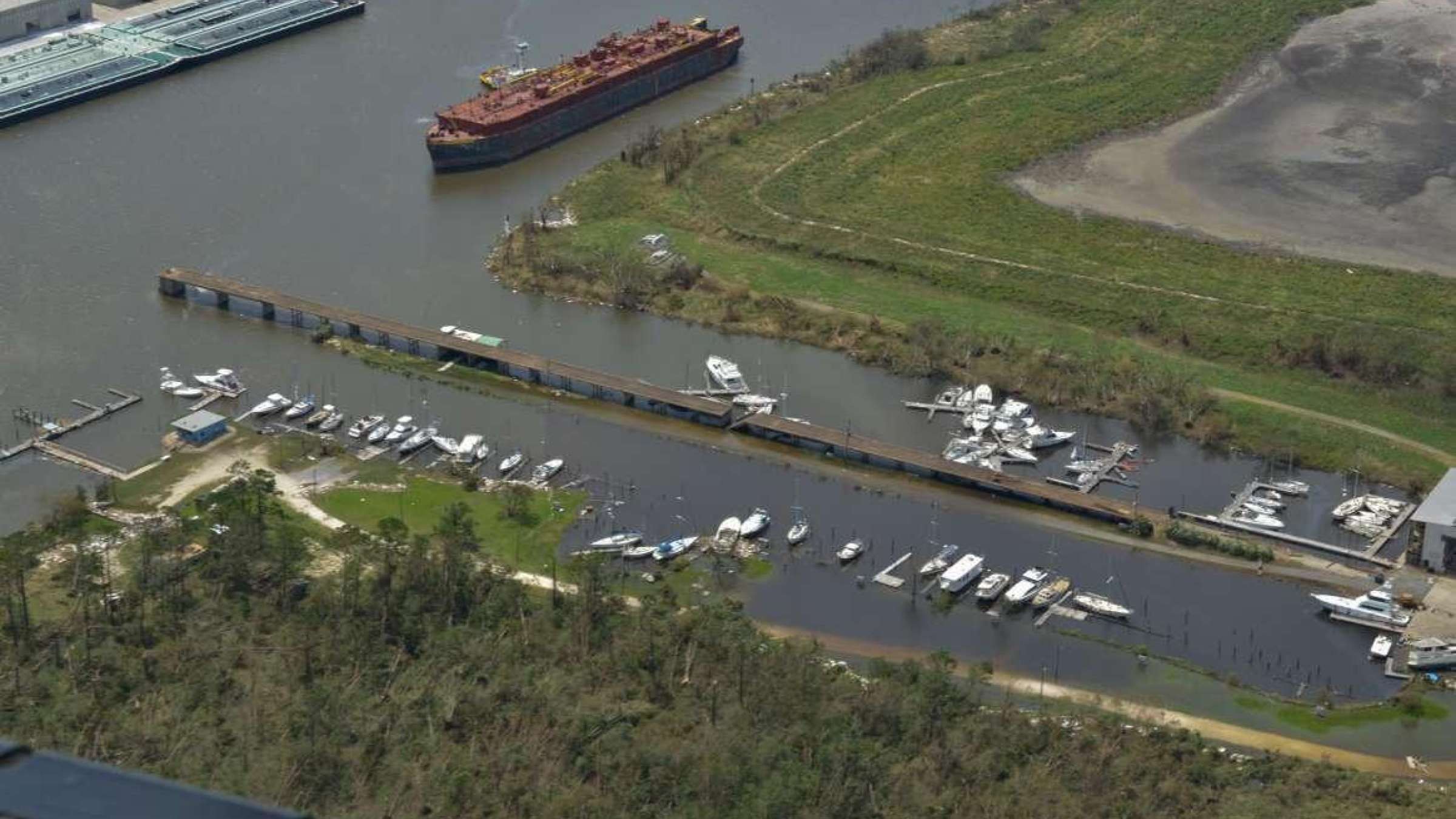 Hurricane Laura plowed through the heart of Louisiana’s oil and chemical industries as a powerful Category 4 storm, leaving a chlorine plant on fire and the potential for more hazardous damage in its wake.

The burning BioLab facility sent dark smoke and chlorine gas into the air over the small community of Westlake, near Lake Charles, and shut down Interstate 10, officials said. The governor warned residents, already reeling from the hurricane’s damage, to stay in their homes, close their windows and doors, and turn off any air conditioning that might still be operating.

While the full health impacts of the fire weren’t immediately known, a storm-driven chlorine gas release in a vulnerable community is the type of worst-case scenario that scientists and engineers like myself have warned the petrochemical industry about for decades.

These warnings have followed spills and fires at chemical facilities over the past 15 years, including those triggered by Hurricane Katrina’s storm surge and Hurricane Harvey’s excessive rainfall.

Hurricane Laura’s damage will reveal itself over the coming days. The storm passed directly over the large Hackberry oil field, located in a sensitive marsh environment south of Lake Charles. The area includes thousands of active and abandoned wells and associated infrastructure, such as storage tanks and pipelines.

Crews were mobilizing to assess the damage in the oil field as the remnants of Laura moved north. The region has experienced a large loss of energy jobs during the coronavirus pandemic. It is unknown whether this contraction affected the preparation of this oil field and others for the storm.

Extreme storms like Hurricane Laura are rare, but they carry the potential for very significant, even fatal, chemical exposures for displaced people. As the chlorine plant fire burned in Westlake, residents were told to try to shelter in place in homes already damaged by the storm.

These exposures occur outside of the U.S. regulatory safety net that aims to protect communities. Chemical plants often operate under emergency rules that relax regulations during and immediately after severe storms.

The exposed residents are often the most vulnerable: elderly, poor and minority communities that can’t easily evacuate far prior to a storm. The Westlake chlorine fire was just miles from the remnants of Mossville, Louisiana, an unincorporated African American community that is a textbook example of one decimated by pollution from these chemical plants.

Why chemical tanks are so vulnerable to storms

Bulk chemical storage tanks like those prevalent in this part of Louisiana can float, even in relatively shallow water, due to the strong buoyant forces that act on them. They’re surrounded by containment basins, typically made of concrete or earth, but these basins are designed to contain spills in nonflooded conditions. Flooding is a different story. If a storm surge or heavy rain sends water into the basin, it can cause the tank to float. Once the water recedes, the tank can settle to the ground in ways that can damage the tank and cause a leak or worse.

Another common failure mode is the collapse of floating roofs used to contain vapors. Heavy rainfall can cause the roofs to sink, releasing chemicals from the tanks. Wind-driven buckling can also occur, even in the absence of flooding, and flying debris can also puncture tanks.

The failure of storage systems designed to keep the chemicals from reacting with air or water often produces the most dramatic releases. The Arkema chemical fire during Hurricane Harvey and this chlorine gas release are examples of these high-visibility failures. People living near the Arkema plant sued, saying the chemicals caused respiratory problems and contaminated their water.

The absence of plant workers during the storm can exacerbate these issues, and small problems can become large ones in the absence of any intervention.

These systems can be made safer

In an industry that thrives on innovation, few technologies have emerged to specifically address these failures.

While plant managers must plan for hurricanes, there is not a specific set of operational strategies or federal guidance that has evolved from previous storms. The most common mitigation method is to simply fill the tanks with more chemical to minimize floating.

What is needed are real technologies that address the physics that drive tank failures. These include systems that allow buoyant forces to move tanks vertically, but not laterally. Tanks that allow rainwater to drain from floating roofs without accumulating are another.

Hardened storage systems that maintain the most reactive chemicals in a safe condition even under extreme weather are also needed.

Beyond safer tanks, chemical plants can improve their stewardship with surrounding communities by deploying sensing and surveillance systems that can detect releases. These systems could inform residents before, during and after storms and guide first responders to chemical releases in the immediate aftermath.

The deadly Aug. 4 explosion in Beirut at a warehouse storing ammonium nitrate and the explosion at a chemical warehouse that caught fire in Tianjin, China, in 2015, are reminders that we have to be vigilant of what is being stored in our midst. It is time for industry to partner with its neighbors to develop safer systems for hurricanes and severe storms.